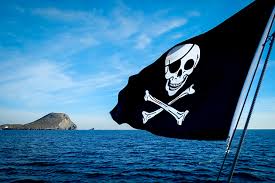 The Alliance of Blacks and Seminoles

The Siege at Cape Florida Lighthouse 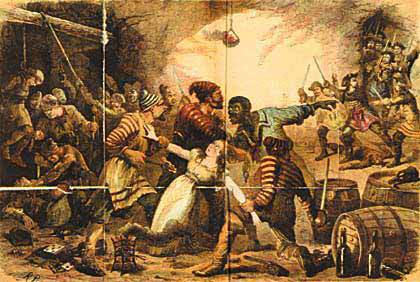 Pirates fighting for loot. What was taken was often distributed equally between black and white crew members.

Spain’s weakness in controlling the kingdom’s vast empire in the New World allowed pirates to operate freely off the coasts of Florida. Piracy lured many blacks to sea under the skull and crossbones.  During the golden age of piracy nearly one quarter of the crew members on pirate ships were black. The loot taken by pirates was divided without regard to race; thus, piracy was probably the first equal employment opportunity available to blacks in the New World. For some blacks, piracy was considered better than enslavement. 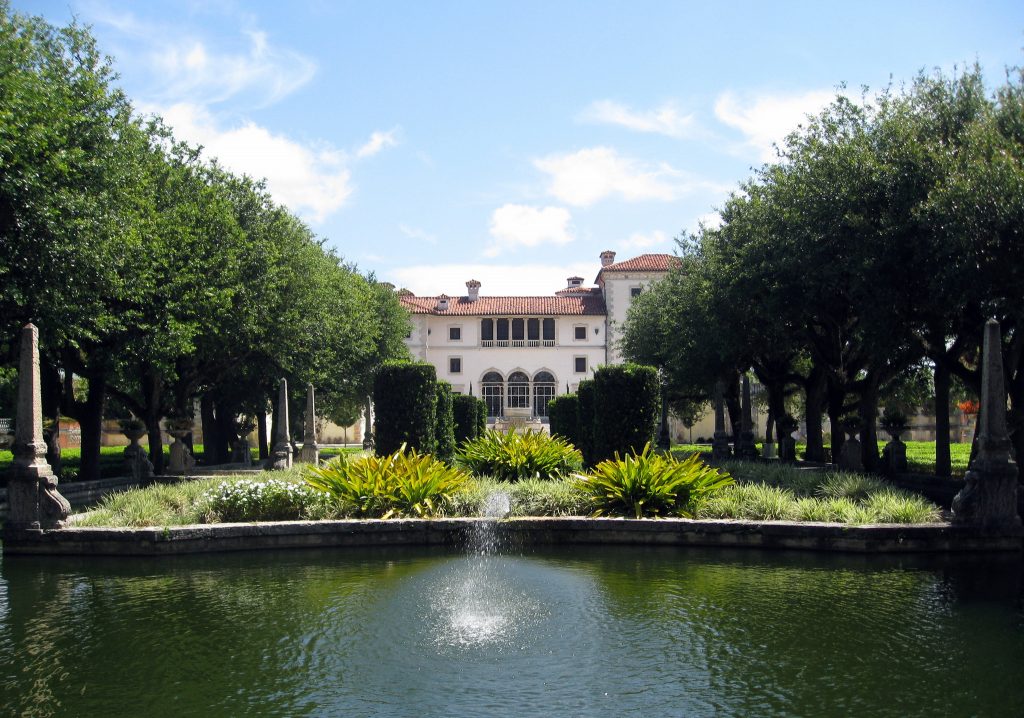 Villa Vizcaya near Coconut Grove was the location of the Punch Bowl, where pirates got fresh water from a stream that emptied into the bay. It was stopped when the mansion was built.

Pirates often used the channels that separate the Florida Keys as hideouts. They used Biscayne Bay and the surrounding area for re-supplying fresh water and meat, and for hiding from intended prey or hostile warships.

As ships rode the Gulf Stream on their return trips to Europe, some weighed down by treasures looted from New World Indians, the pirates often attacked with unimaginable violence. One of the most successful and ruthless pirates in the late 1600s was an African called Black Caesar. He preyed on ships sailing off the Great Florida Reef near present-day Miami.

There are several conflicting accounts of Black Caesar and his henchmen, leading to the conclusion that there were two Black Caesars with more than a century separating their exploits. The stories that remain may be more myth than truth. According to one version of the origin of Black Caesar, a slave ship, carrying hundreds of slaves below decks, was caught in a hurricane and was wrecked against the Great Florida Reef in the late 1600s.

A huge slave managed to reach land alive and alone. “The surviving slave found a tiny open boat that had washed ashore and sent himself adrift in the gulf stream 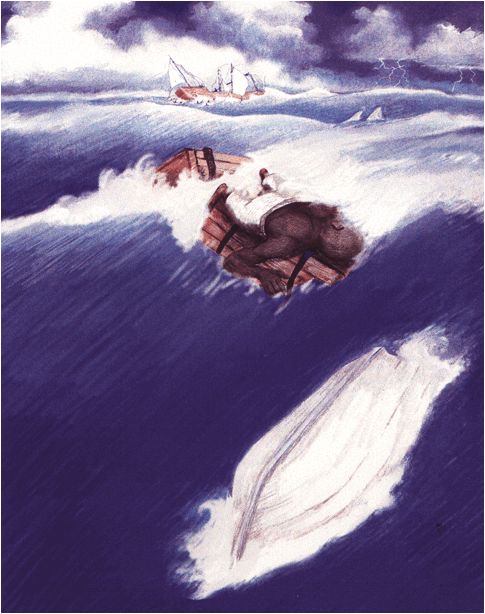 One huge slave managed to get to land alive and alone after the slave ship he was on sunk in a storm off Biscayne Bay.

A sloop spotted the small craft and pulled alongside to help the exhausted seaman. Once aboard the giant black man attacked the captain and disposed of those in the crew members who refused to join him. In the next few years, he brazenly parlayed this sloop into larger craft, and became known as Black Caesar. His lair was Elliot Key, the first large island south of Key Biscayne, and a channel there still bears the name ‘Caesar’s Creek.’” 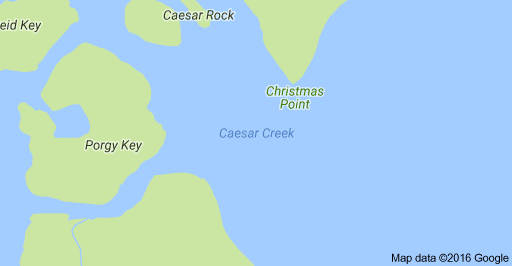 His timing as a pirate could not have been better. The British had not yet established a colony at Nassau. In fact, the very reason the British established the colony in 1717 was to eliminate piracy in this part of the New World. But in the mid-1600s there was no sufficient opposition to piracy and Black Caesar and his kind had control of the area between the Bahamas and Florida. “The area around Cape Florida was ideal for Black Caesar. The Florida Straits provided an unending parade of prizes, and when needed, the bay granted a magnificent avenue of escape. Biscayne Bay’s tricky mud flats and shoals were deadly to the uninitiated, and beyond the Bay were mangroves and blind-mouthed channels known only to Caesar. 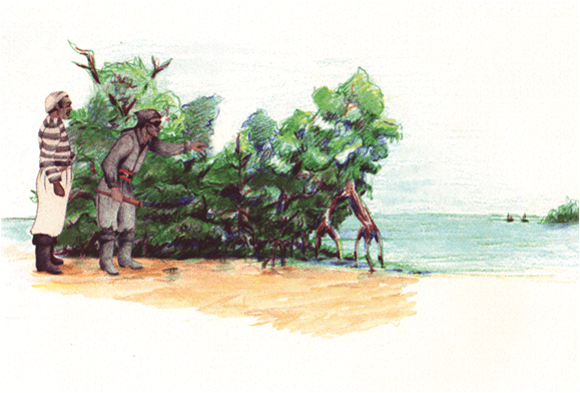 On rare occasions, when pursuits came close, Caesar headed for the mainland’s maze of mangrove channels.  He would quickly disappear in the swamp, dismast his vessel, and sink it in shallow water. With his ship underwater and his men hidden, Caesar could vanish from the most determined enemy. The cunning pirate had many tactics. One was a large metal ring imbedded deeply in a rock on a particular small island. With a sturdy line through the ring, Caesar could heel his ship and hide its mast from passing vessels. When a prize came close, a lookout signaled, the ship was righted and underway immediately.”

Black Caesar was not a gentleman. He was described as cruel with a passion for the finer things in life including jewels and luxuries. He supposedly had a harem of 100 white women, some of them with children. The camp was said to have been located near Elliot Key. 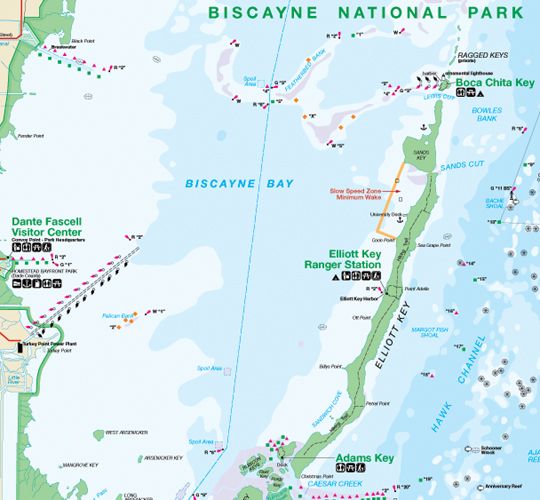 According to this account, Caesar incarcerated his prisoners in stone huts and left them to starve when he later abandoned the camp. Reportedly, a few of the children escaped the camp and survived on their own wandering about the key living on berries and shellfish, and in time, developing a primitive language of their own. This may account for the Seminole legend that the island was haunted. 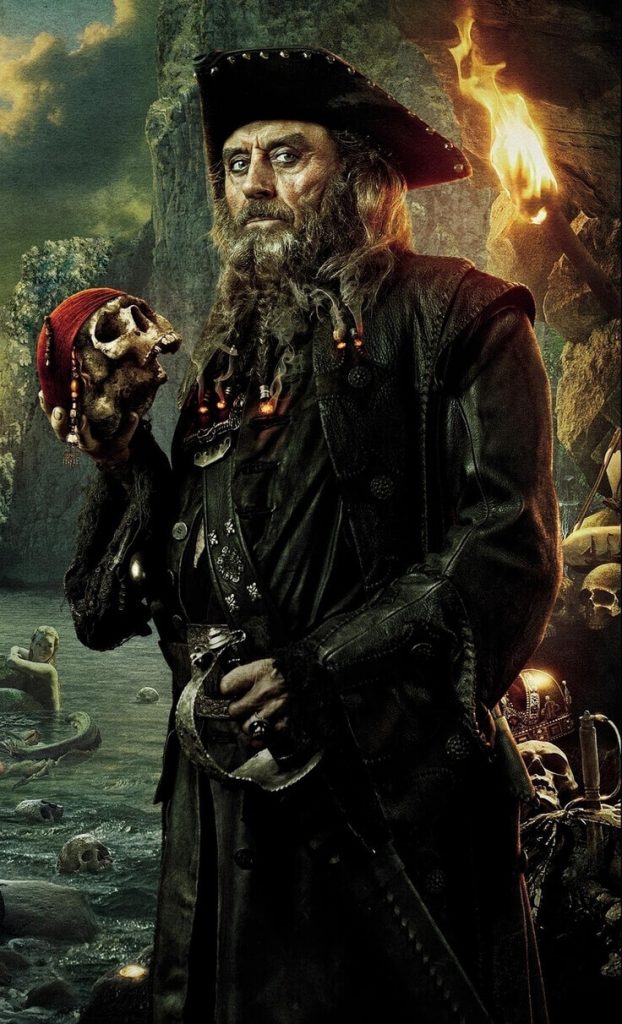 “In the early 1700s Caesar left Biscayne Bay to join Capt. Edward Teach alias ‘Blackbeard’, and the wild tales of about the Biscayne buccaneer continued.  Caesar became Teach’s trusted lieutenant and together in the 40-gun Queen Anne’s Revenge, they plagued the American coast.

Pirates fighting for loot. What was taken was often distributed equally between black and white crew members.

Fortunately, their partnership ended abruptly when the British Navy killed Teach off North Carolina in 1718. 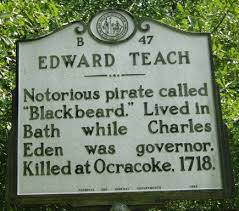 Caesar was captured, taken to Virginia for trial, and hanged the same year in Williamsburg.”  A second Black Caesar became known over a century later. He operated in the same areas as did the first Black Caesar and was eventually captured by American naval forces. He was probably executed. 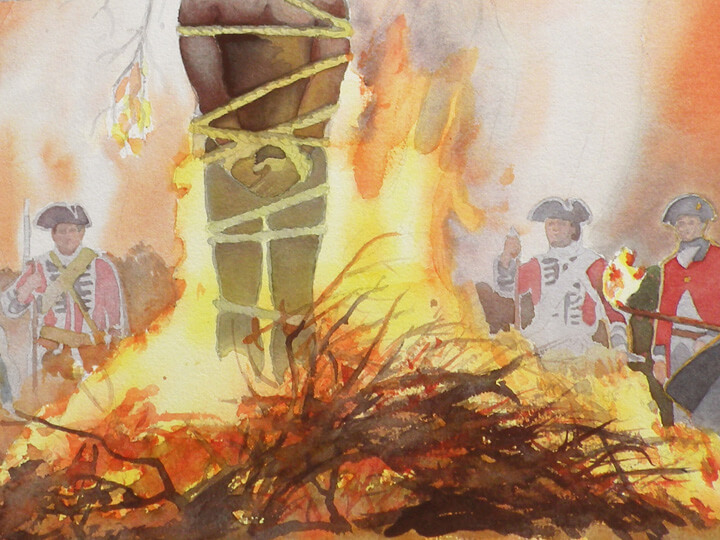 Black Cesar burned at the stake. The fire was supposedly set by a Baltimore widow whose husband’s eyes Cesar had burned out.