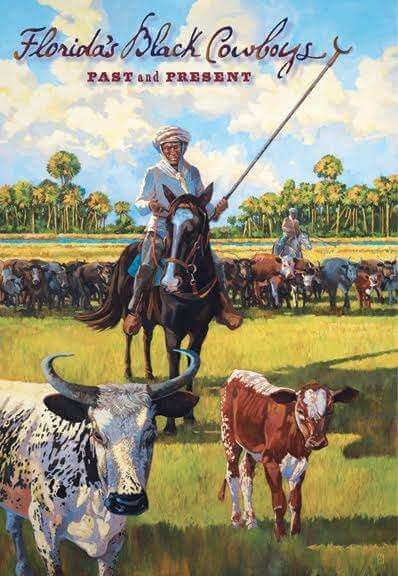 Florida had cowboys and some of them were black?

Yes, at one time only Texas had more cows than Florida.

So, where did these Florida cows come from?

The Spanish brought the first cattle to Florida in the 1500s. Many were owned by Spaniards in St Augustine. Over the centuries many of these cows wandered off as there were no fences to contain them. They grazed on the open ranges of Central Florida where Orlando and Disney World exist today
and on the expansive Alachua Prairie near present-day Gainesville. Today the Florida Turnpike west of Gainesville crosses the wide- open area called Paynes Prairire State Park where a glance back through the centuries would reveal thousands of smallish-looking cows grazing lazily.

They became known as scrub cows. They were smaller than the cattle that emerged in the West, but there were a great many of them. And nobody owned them. Anyone who rounded them up could drive them to Tampa where the cattle could be shipped to markets, including to Cuba, at great profit. Because of the sound made by the whips of Florida cowboys, many were called “crackers”. They used cattle dogs and rode small ponies, according to the Florida Center for Instructional Technology. “Slaves, former slaves and free blacks served important roles as ranch hands, overseers, drovers and independent ranchers in Florida’s cattle industry for centuries,” Given this definition of “crackers”, some crackers were black. 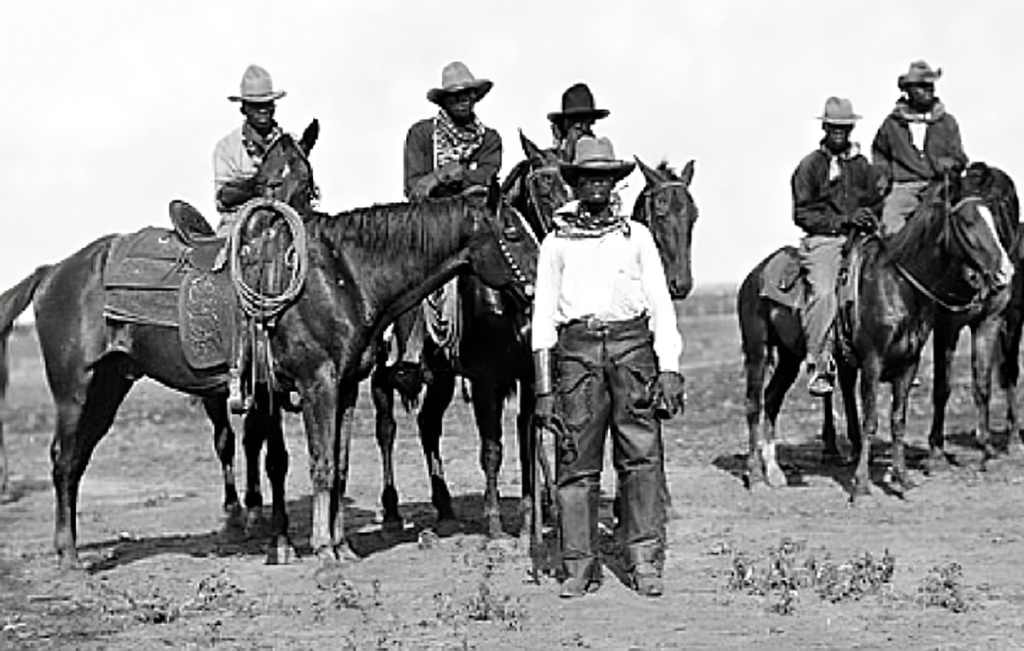 Black Cowboys in a group some mounted

During the Civil War Florida scrub cows fed the Confederate army. When the war ended in 1865 Central Florida had been one of the few areas in the Confederacy that made money during the conflict. After the war the Central Florida area drew many workers for the cattle industry that bloomed in what is now Seminole, Osceola and Orange counties. Many of these men were black and some became among the best cowboys ever to ride the open expanses of Central Florida. 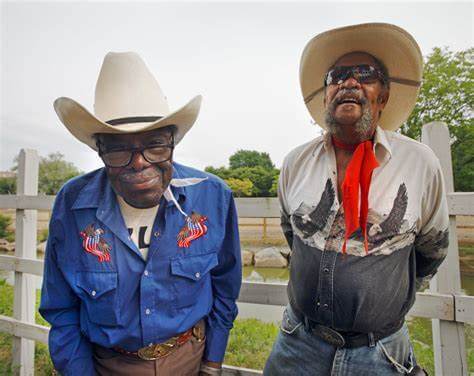 Lawrence Silas was one of Florida’s most famous black cowboys. He owned a sprawling cattle ranch in Osceola County near Kissimmee, which was left to him by his father, Tom Silas. Silas “was raised in the Florida tradition of cowhunters,” according to an Orlando Sentinel story on May 3, 2007. He rode that ranch all his life, building himself a name and reputation as a cattle baron. Zora Neale Hurston even featured him in an article for the Saturday Evening Post in 1942 and called him “Lawrence of the River.”
“I’ll be a cowman as long as I live,” Silas says in the portrait. “I might even die out on the range with a cigar in my mouth. Wouldn’t be nothing wrong with that.” 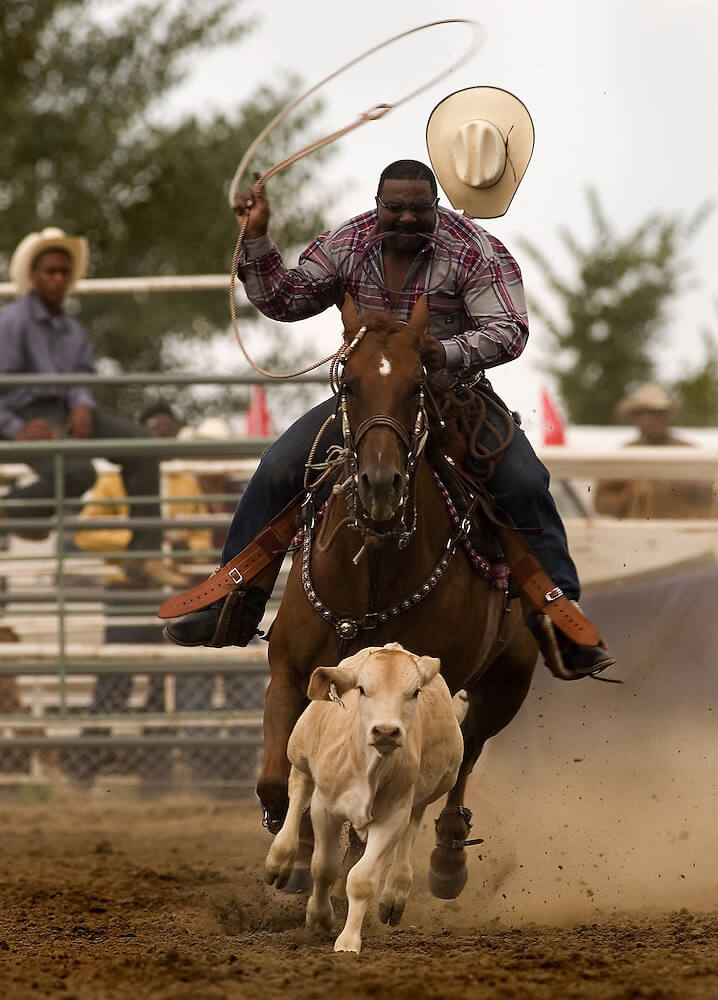 Still today, many blacks in Central Florida make their livings with cattle as owners and ranch hands. 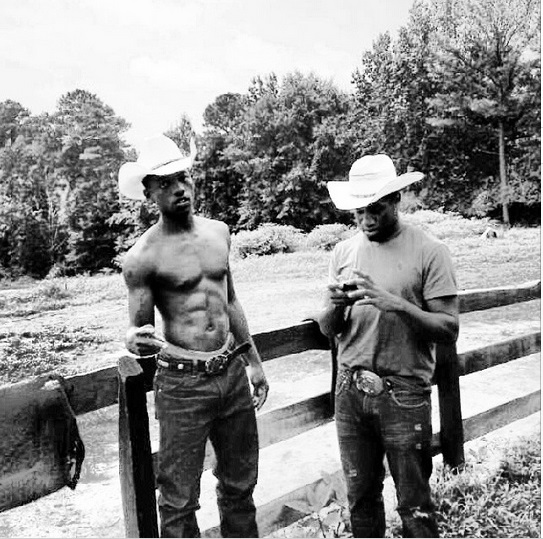 Some black cowboys attained skills on horseback that amazed crowds. One was alleged to have been able to put out a hand-held lighted match while riding by at full gallop. 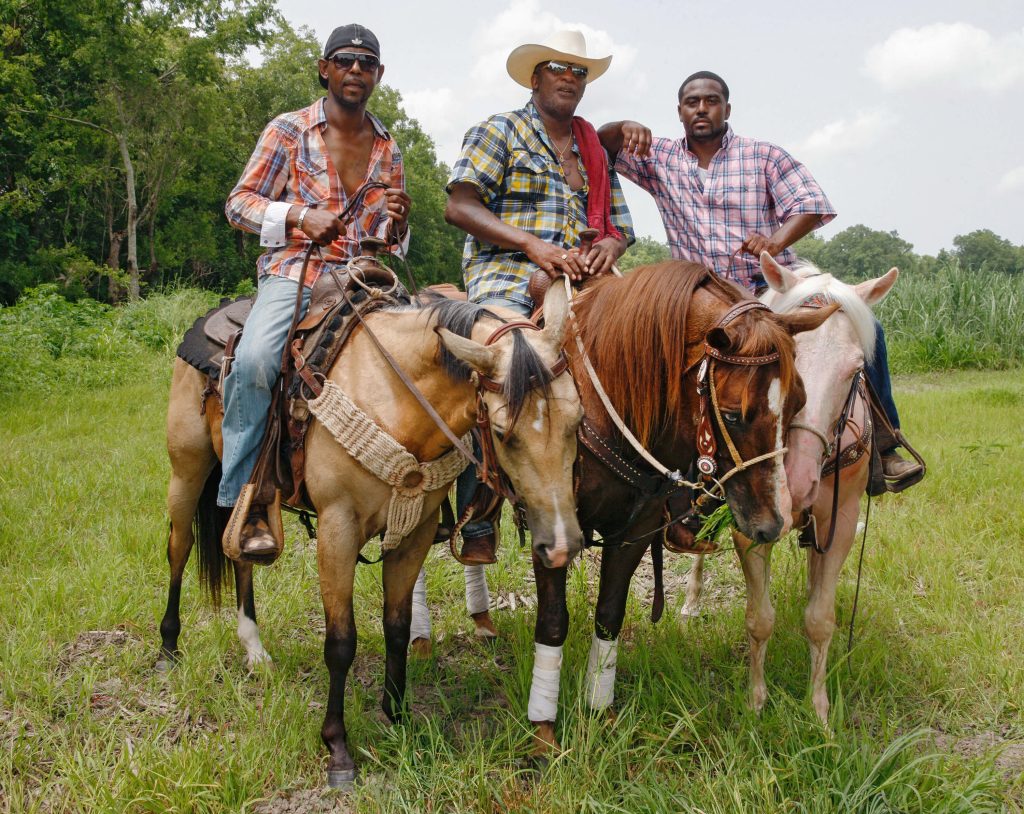