As the story goes, following the Great Freeze, Julia Tuttle picked some orange blossoms from her grove at Fort Dallas and sent them to Flagler at White Hall, the new mansion in Palm Beach he had built for his new young wife. She sent the plants to show Flagler that crops at the Miami River were not frozen and therefore he should bring his railroad to the Miami River. Flagler was convinced eventually and by 1896 the railroad reached the Miami River and in a matter of months a city was born.[1]Dunn, Black Miami History, p.9.

The first automobile race in Miami in 1906

When automobiles first became available in Miami blacks were not allowed to own cars. According to his daughter, D.A. Dorsey, the first black millionaire in Miami, was the only black man who was allowed to purchase a car initially. She said her father purchased a new Cadillac every year and had a hired driver. Of course, Mr. Dorsey was not a participant in this race.[2]Dunn, Black Miami History, p.62. 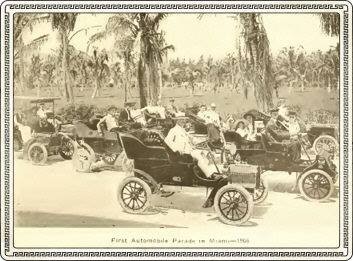 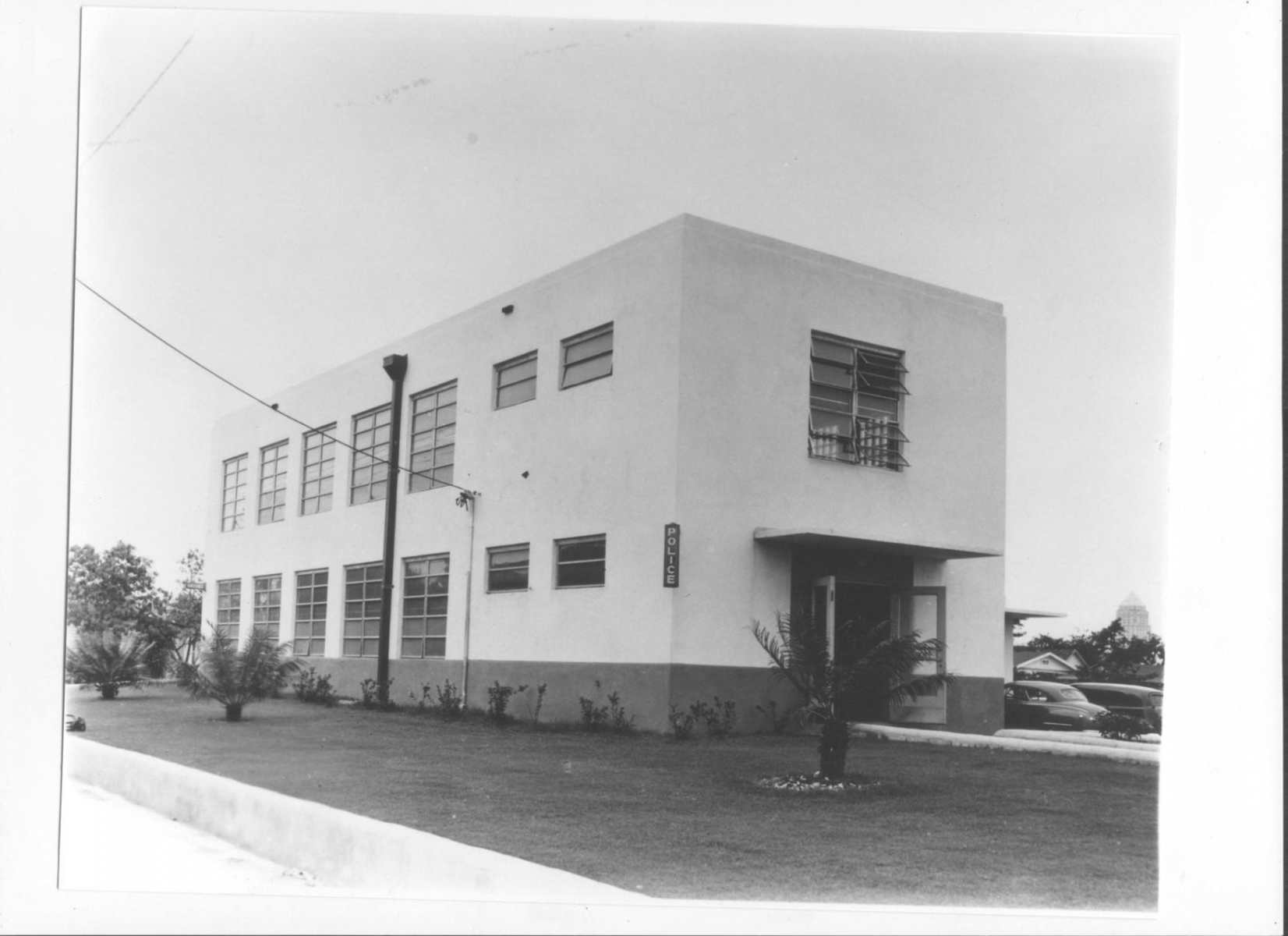 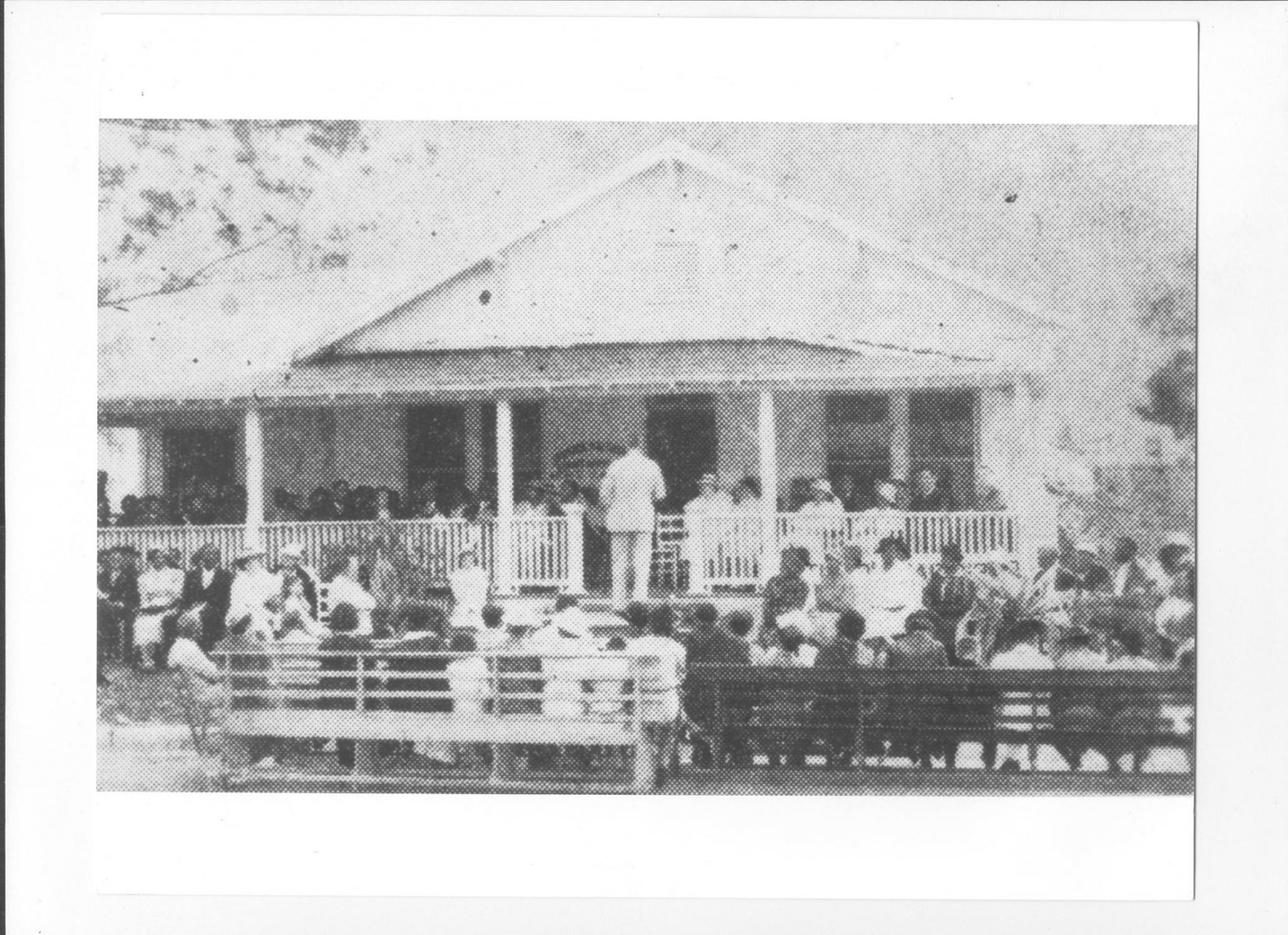 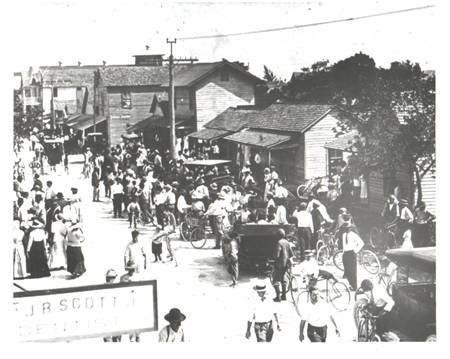 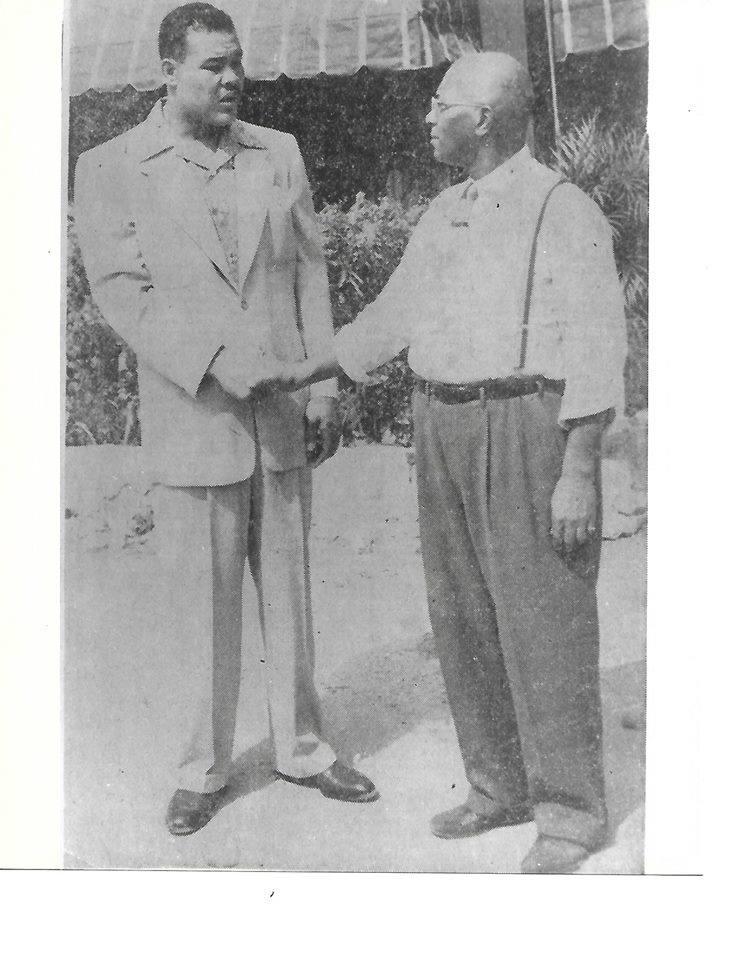 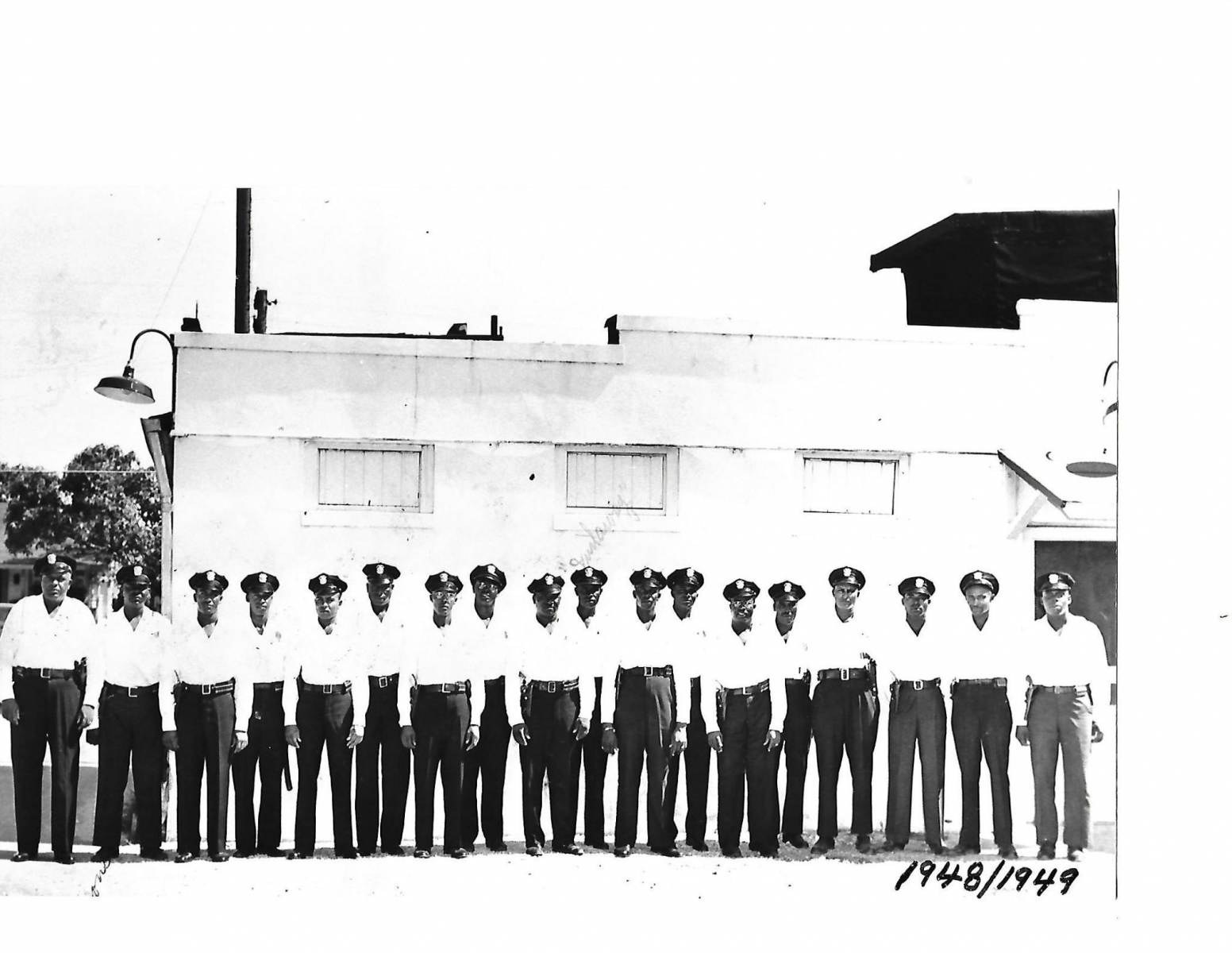 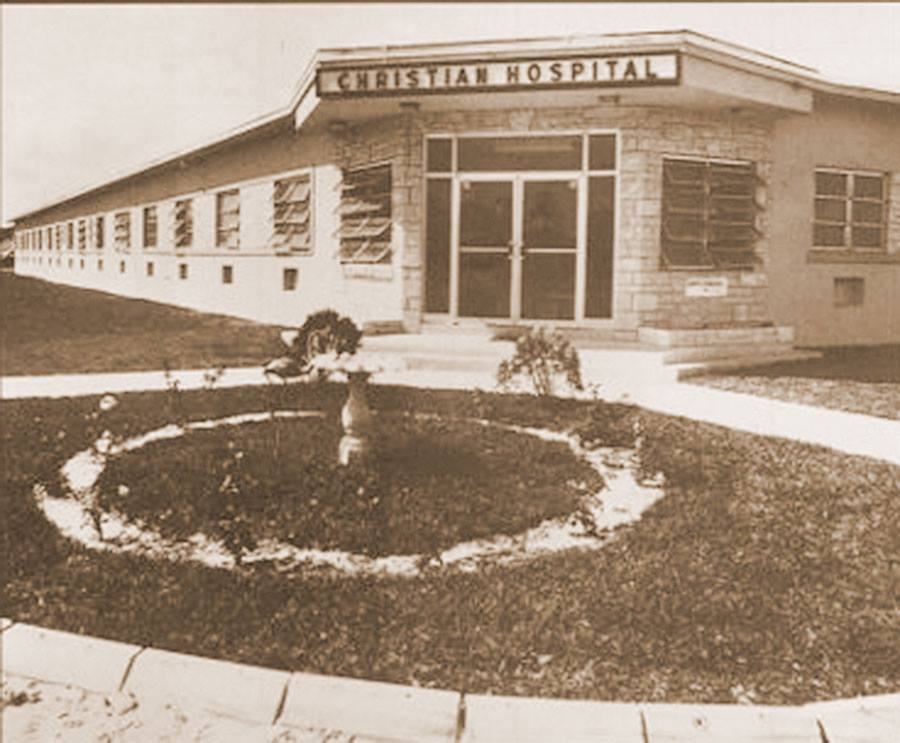 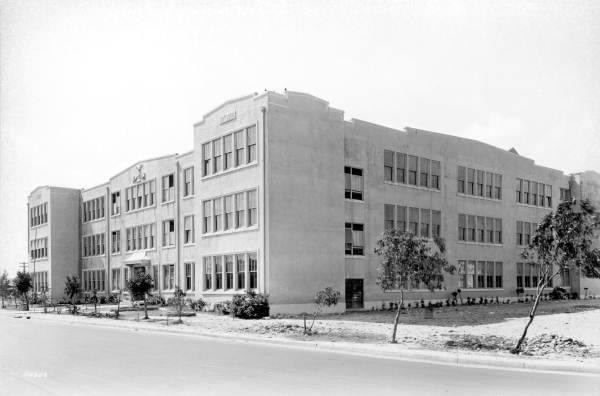 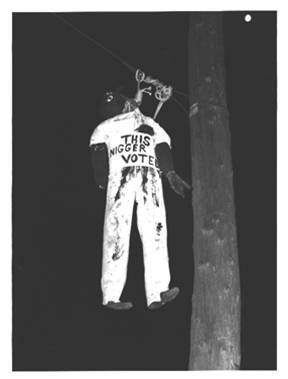 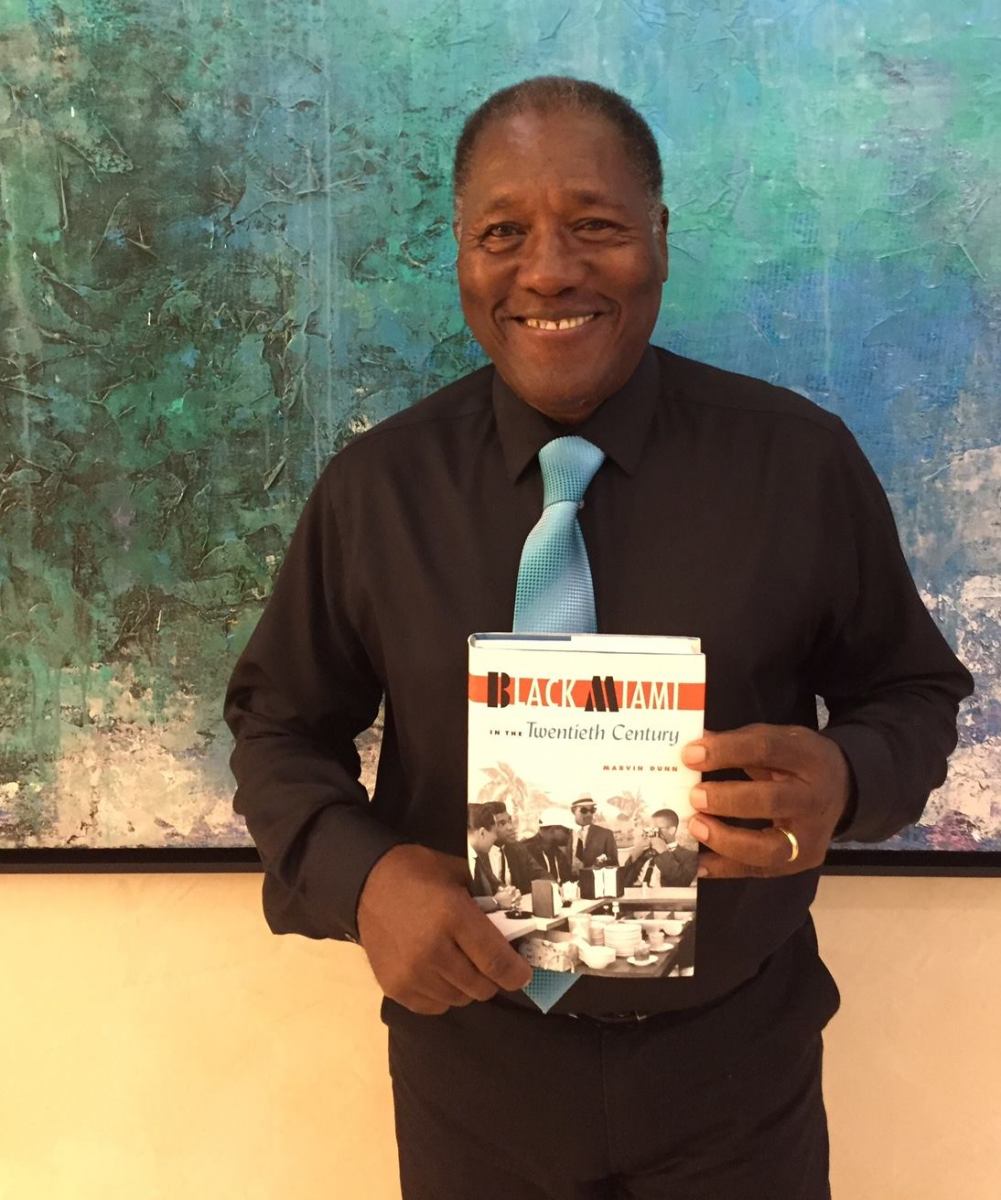 Booker T. Washington Senior High School opened in Miami in 1927. Prior to the opening of this school black children could only go through the 8th grade in Dade County.(Reeves Interview con’t)

“You attended Booker T. Washington High School in Miami, which obviously was a segregated school. Give me some idea of what kind of school it was and what kind of education you received.

R: Booker T. Washington had a great building. I thought it was the most beautiful thing I had seen when I went to that school (1931). [But]… in the classroom, the Bunsenburners were broken in the science labs, and I noticed that our science teacher, when he did an experiment, he did it, and we just watched. I wondered why we did not do our own experiments. He said, well, this equipment is broken, and they have not repaired it. I remember, the whole year, they never did repair it. Another thing was the books: we got the secondhand books from the white schools, hand-me-downs and things like that. We never got new books. Even the athletic equipment. The black schools did not have any athletic budget to buy jerseys and football togs. So, Miami High and Miami Edison used to give us their old togs from the last year, and we used it in practice. We would have to buy jerseys to have for the games. That was the way things were.”[3]Dunn, Understanding Our Past

Father John E. Culmer was Miami’s first real black leader in civil rights. He came to Miami from Tampa in 1929 to head Colored Town’s Saint Agnes Episcopal Church whose white priest was involved in a scandal. It was Father Culmer who took President-elect Franklin D. Roosevelt to Colored Town to see living conditions there.

Roosevelt had been elected but had not taken office. When the President-elect saw housing conditions in Colored Town, he promised to do something about it. What he did was to authorize the construction of the Liberty Square Public Housing Project which was one of the first public housing projects built in the nation.[4]Dunn, Black Miami in the Twentieth Century, p.10.

The City of Miami did not hire black patrol officers until 1944 and they were not allowed to arrest white people. They were assigned to Colored Town and to the black section of Coconut Grove. People they arrested were brought here to be seen by L. E. Thomas, the first black judge in the state since Reconstruction. When the city began white men were hired right off the farms in Georgia and were brought to Miami to police Colored town. According to Miami historian Dr. Paul George in September 1904, less than ten years after the city was born, of the thirty-five innmates in the city jail thirty-four were black.[5]Dunn, Black Miami, p.9.

There were no black police officers in the City of Miami until 1947 but these men were hired as patrol officers in 1944. They were not authorized to arrest whites and were restricted to patrol Colored Town and the Black Coconut Grove area. Their swearing in was so controversial that it was held in secret. Many whites were opposed to black officers and there was even concern for their safety. The first real black police officers were not sworn in until 1947 but It was 1963 before they could arrest white people.[6]Dunn, Black Miami

Dorsey also ventured into the hotel business. He built the Dorsey Hotel on Northwest Second Avenue, the first black-owned hotel in Miami. The hotel advertised in both white and black newspapers and was well known throughout the city, even though hardly ever used by whites. Over the years, Dorsey spent a large amount of money to modernize the hotel, including adding hot and cold running water.

Aside from his business activities, Dorsey is best known for his contributions to education. He donated a large parcel of land for black schools. In 1937, Dorsey Senior High School opened in a black area known as Liberty City north of Colored Town. For the first time, black children in that section of Miami went to school in their own neighborhood. Through these efforts, as well as the fortune he earned, Dorsey gained the respect and admiration of the white community.[7]Dunn, Black Miami in the Twentieth Century, p.11.

Gwendolyn Sawyer Cherry was the daughter of Miami pioneer Dr. William B. Sawyer. She was the first black woman to be elected to the Florida House of Representatives. She was killed on the campus of Florida State University on February 7, 1979 when she took a shortcut across the campus and her car went into a ditch.[8]Dunn, Black Miami in the Twentieth Century, p.9.

William B. Sawyer, Jr., the son of Doctor Sawyer, photographed here in Overtown as Colored Town came to be called. Sawyer is overlooking land the family once owned. He and his wife, Bernice, told me that integration “killed everything..” Bill. Jr operated the Mary Elizabeth Hotel for the family. He said once blacks could stay in white hotels business in Colored Town dried up. This was true in a greater sense for the black elite of Miami inclusive of black professionals and business owners. Once blacks could shop at businesses downtown or be treated by white professionals, their money flowed out of Colored Town.[9]Dunn, Black Miami History, p.38.