Long before the settlement of Coconut Grove, during the season when sea turtles hauled themselves onto the beaches of south Florida, black Bahamians came to these shores to harvest the meat and eggs to take them to the island to sell. Often the men would camp out for several days collecting turtle meat and eggs. Even during slavery Bahamian fishermen in this area encountered escaped slaves, especially on Key Biscayne. The run-away slaves were trying to reach freedom in the Bahamas. Bahamian fishermen took many of these people to new lives in the Bahamas Islands.

The Bahamian economy collapsed in the 1870’s causing Bahamians to seek agricultural work in Florida. Many came first to Key West and then up the Florida Keys primarily picking pineapples. Before the pineapple industry moved to Hawaii it was based in south Florida including the Keys. These are Bahamian workers on Plantation Key. Eventually many Bahamians settled permanently in Coconut Grove. 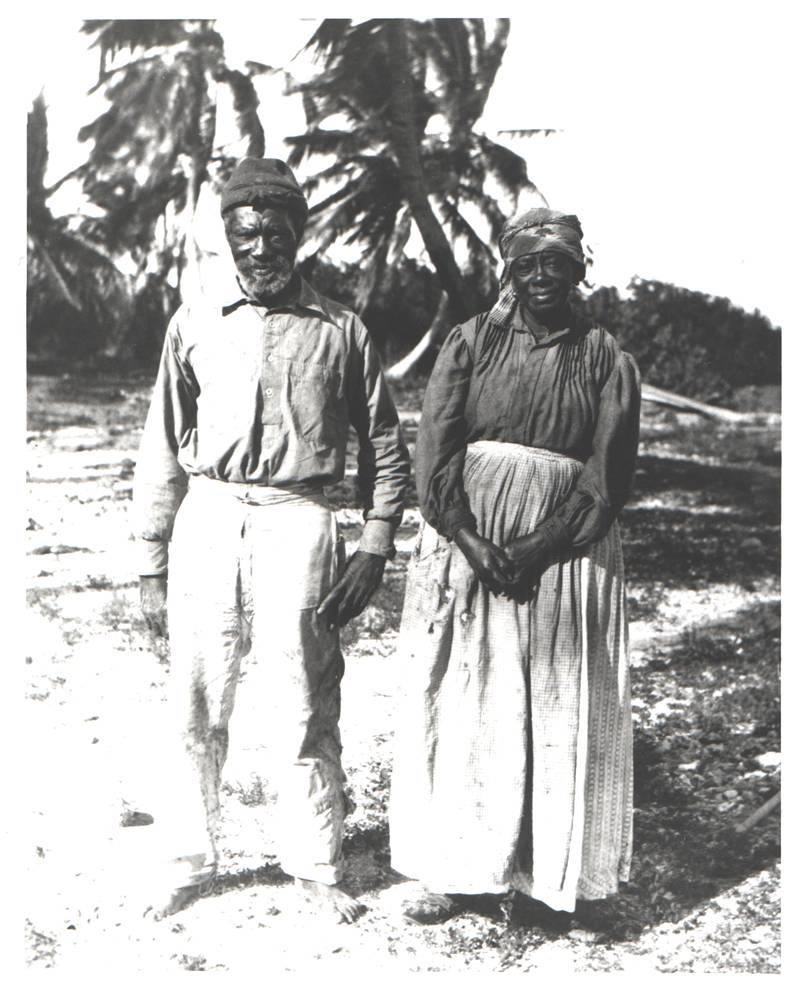 Shotgun house so called because one could stand in the front yard and fire a shotgun through the house and the pellets would exit through the back without hitting anything. I interviewed old Coconut Grove residents who told me that these homes were wonderful because everyone had a front and back yard where fruit trees and blooming flowers were planted. As Miami developed many blacks who lived in homes like these were forced into apartment living where one’s sense of space was eliminated. Shotgun type of homes derive from Africa and were common throughout the Caribbean and the American South.

Even though many blacks lived in shotgun homes, they rarely owned the homes. Whites, local and in other places as far as New York, owned the homes. and rented them to blacks. This continues to be the case today. The blacks in the apartments in Overtown and Liberty City are renters. The buildings are owned by whites and Hispanics.

I wonder if it makes any of you a little bit homesick? 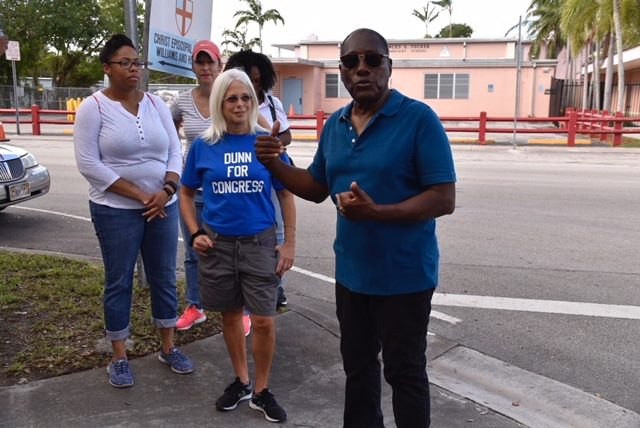 E.W.F. Stirrup was born in the Bahamas in 1873. He moved to Coconut Grove from Key West in 1899. He had training as a carpenter. He worked as laborer but saved his money and acquired land, lots of it. Stirrup built many of the shotgun houses that were rented to blacks who arrived in the early 1900’s. He became a rich man. He died in 1957 at age 84. Stirrup owned 317 parcels of land in Coconut Grove when he died. [1]Historical Museum of Southern Florida

The Charlotte Jane Memorial Cemetery in Coconut Grove on Douglas Road at Charles Avenue was named for the wife of E.W.F. Stirrup. The family occupied several plots in the cemetery. One of the daughters of the Stirrups told me that her mother wanted the family to buy up several plots because she “did not want to be dug up when the cemetery got filled up.” 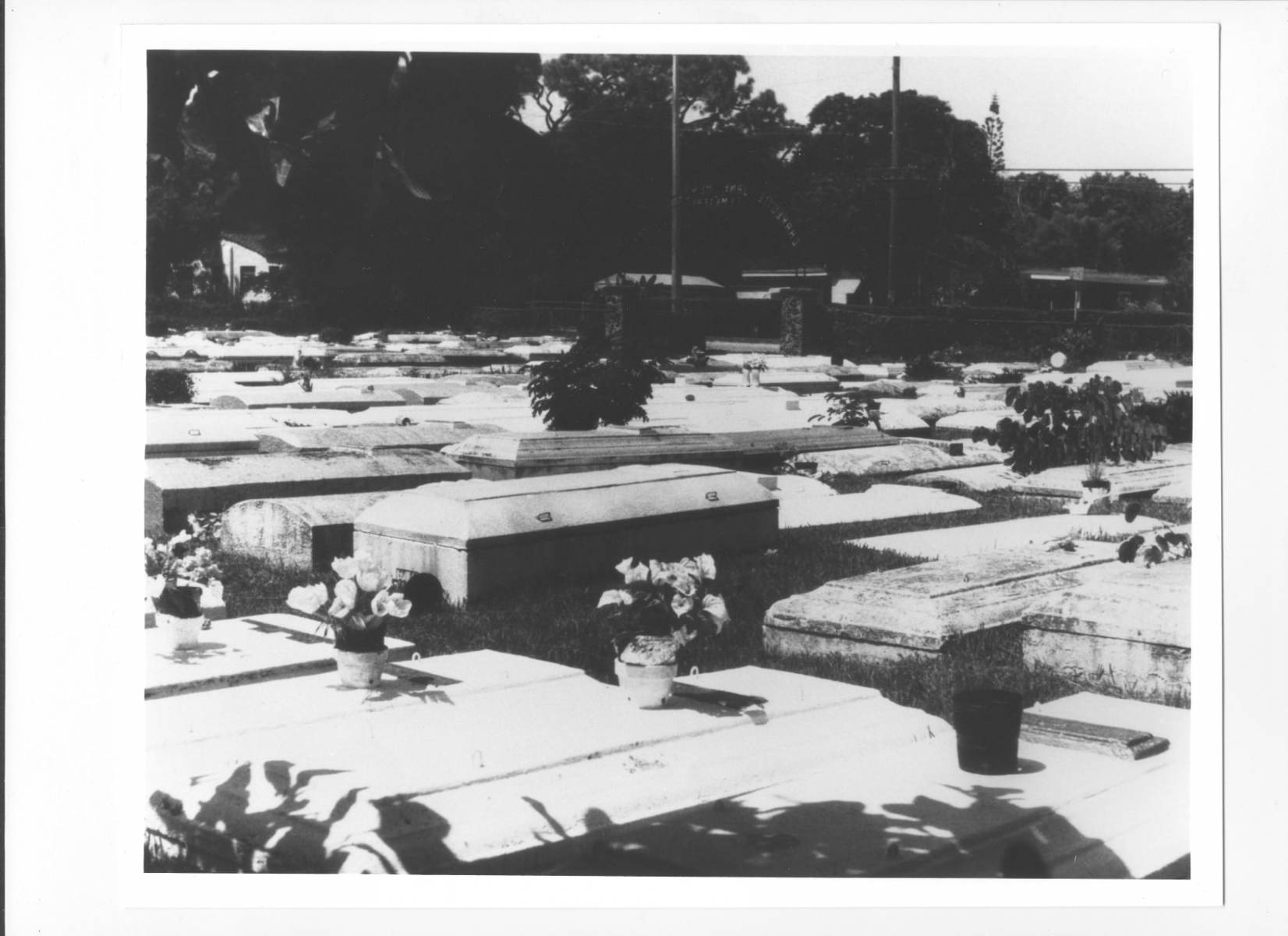 The home of E.W.F. Stirrup

The structure is built of Dade County pine, a very hard wood. Stirrup was a Bahamian who migrated to south Dade and then to Coconut Grove by 1900. He was a young carpenter and built this home himself. He constructed, with the help of his wife, many of the shotgun houses that were rented to blacks as they arrived in Coconut Grove. It made him a rich man with hundreds of land holdings. This sturdy home sheltered many Coconut Grove blacks during the horrendous Hurricane of 1926. The historic home has remained in the Stirrup family but gentrification appears on the horizon. Developers are seeking to make the home a part of a tourist attraction just off Main highway. [2]Dunn Collection FIU. Also see page 39 in Black Miami in the Twentieth Century.

Elizabeth Verrick, a white woman from Coconut Grove worked with Father Theodore Gibson towards slum clearance in the Black Grove area. Before her work with Gibson and others sewage pickup in the black Grove was done by the “honey wagon” that went up and down the streets collecting human waste. Verrick is an unsung hero who started Coconut Grove Cares, an organization that has done much good in that community. She was one of the most gentle souls that ever lived in this community.[3]Dunn, Black Miami in the Twentieth Century, p.11.

Father Gibson became the second black to sit on the Miami City Commission. Mrs. Gibson is a nurse who first worked in the segregated colored ward of Jackson Memorial Hospital. She became an important community leader in her own right. 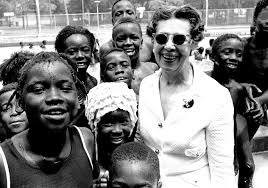 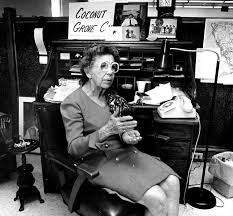 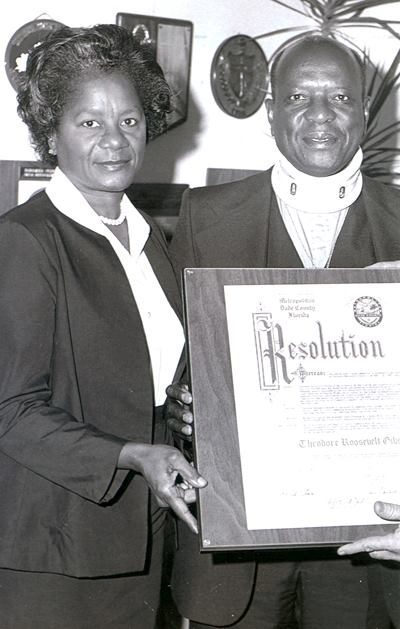 The Mariah Brown home on Charles Avenue in Coconut Grove, Florida is the oldest black-owned home in Miami-Dade County. Mrs. Brown was brought to Coconut Grove in the late 1880s by Charles Peacock, a white Bahamian who built the first hotel south of Lake Worth on land that is now Peacock Park in Coconut Grove. Mrs. Brown and many other black Bahamians were brought over by Peacock to work in his Peacock Inn. Many of their descendants still occupy the Black Grove community which remains Bahamian at its core.

I was told by Louise Stirrup Davis, one of the daughters of Coconut Grove pioneer E.W. F. Stirrup, who was in her 80s when I talked to her, that she recalled Mrs. Brown when she herself was a child. “She came down with breast cancer and since the doctors in the Bahamas were better than the doctors here, she went to Nassau for treatment and died there. I was a little girl but I remember Mrs Brown.”

The Vizcaya Museum and Gardens, previously known as Villa Vizcaya, is the former villa and estate of businessman James Deering, of the Deering McCormick-International Harvester fortune, on Biscayne Bay in the present day Coconut Grove neighborhood of Miami, Florida. It was built mainly by Bahamian labor including that of Black Grove pioneer E.W.F. Stirrup.

When whites from the Bahamas Islands came to what became Coconut Grove in the late 1870’s, they had picnics where the villa was built. There was a waterfall there that poured into Biscayne Bay. It’s flow was stopped when the villa was completed in 1923. (Perhaps noted Miami historians Arva Parks or Paul George can verify this account.)

The pioneers found very old iron implements at the waterfall believed to have been left there over a century earlier. The site was probably used as a fresh water source by pirates. A notorious black pirate called Black Caesar may have used the Villa Vizcaya site for fresh water. He operated along Biscayne Bay in the mid-1600’s. Miami-Dade County now owns the Vizcaya property, and the Vizcaya Museum and Gardens are open to the public.

The inn was built by Charles Peacock, a white man from the Bahamas, who hired blacks from the Bahamas to work at the inn. This was the start of the Black Grove community. The Black Grove is not the oldest black community in Miami-Dade County. That distinction goes to Lemon City which is now Little Haiti. There were three black settlements there following the Civil War. [4]Historical Museum of Southern Florida 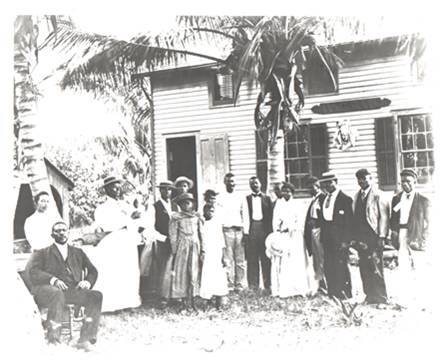 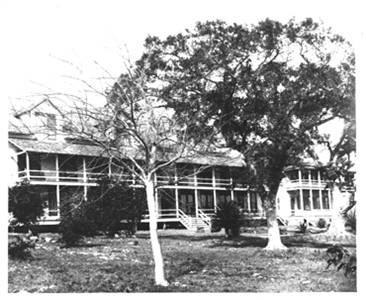 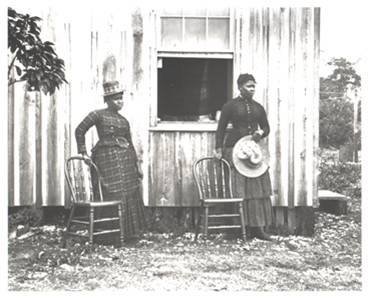