The Kingsley Plantation was one of the legendary Florida plantations that was established during the Second Spanish Period. It was located just north of Jacksonville on windswept Amelia Island, then called Fort George Island. The beautiful plantation, with its face to the sea, was founded by the eccentric Zephaniah Kingsley, who was born in Scotland on December 4, 1765. His family immigrated to America, arriving in South Carolina in 1773, just before the American Revolution. His father was a successful merchant who remained loyal to England so the family immigrated to Canada after the Revolution. In 1803, at about age thirty-eight, Kingsley arrived in St. Augustine in pursuit of land grants. He also became a slave trader. After obtaining huge tracts of land in Florida, Kingsley built a plantation at Laurel Grove on Doctor’s Lake. He became one of the most successful slavers operating at the time.

Kingsley traveled frequently to Cuba, and in 1806 he found a black woman there who would become his wife and life-long companion. Kingsley took notice of the tall Wolof girl with shiny black skin among the hundreds of Africans for sale that day. A native of Senegal, West Africa, her name was Anna Madgigine Jai. She and her mother were both daughters of distinguished Wolof families. Anna and her mother were taken captive in 1806 by warriors from another tribe. They became slaves of Amari Ngoone Ndella, the king of Kajoor. Being of royal lineage, it was humiliating for Anna and her mother to be captured and sold to slavers. In exchange for the captives, Ndella had received cloth, liquor, and luxury goods from European slave traders. With about 150 other slaves, Anna and her mother were crowded aboard the Sally, a Danish ship, and arrived in Havana, Cuba, several weeks later. She was auctioned off to the highest bidder, Zephaniah Kingsley. She was about thirteen years old.i

Zephaniah and Anna remained in Cuba for three months, and on October 10, 1806, they sailed for St. Augustine. After he registered his cargo, they sailed north to the St. Johns River and made their way inland. By the time Anna arrived at the Laurel Grove Plantation, which was located near Orange Park, Florida, she was already pregnant with Zephaniah’s first child. She became the household manager at Laurel Grove. Eventually, she assumed supervisory responsibilities for the health of the labor force, and managed the plantation on occasions when her husband was absent. On March 4, 1811, Kingsley formally manumitted (freed) Anna and their three children, George, Martha, and Mary.ii

As a free woman, Anna was eligible to receive land from the Spanish and was granted five acres on the St. Johns River. She started her own business and lived on her property with her children and six slaves until 1812, when Americans from Georgia tried and failed to take Florida from Spain, in the so-called Patriots Rebellion. In an act of defiance, Anna burned her home and slave quarters. She was viewed afterwards as a hero by the Spanish. Reacting to Anna’s heroic deed, the Spanish government granted her more land. However, her home for the next two decades would be at Kingsley’s Fort George Island plantation.iii

Kingsley’s well-provisioned Laurel Grove Plantation had been destroyed during the brief skirmish when the plantation was occupied by United States troops (an illegal act since Florida was still under Spanish control). After the war and the attack on the plantation, Kingsley moved to Fort George Island where he rented a plantation which he eventually purchased. The plantation was home to Kingsley, Anna, and their four children until the family emigrated to Haiti decades later. In addition to the big house where Kingsley lived, the plantation included a planter’s residence and a separate kitchen house. The barn and slave quarters were built from large mounds of shells made from shellfish remains and used by the natives as lookout posts. Anna lived in a separate dwelling connected to the plantation residence by a walkway.

The house provided the spatial separation for husband and wife that the times required of a white man with a black wife. Meals were prepared on the first floor of Anna’s house where there was a fireplace and hearth. The prepared food was taken to the basement warming kitchen of the main house. Dinners were served on the first floor of the main house in the great room with Anna and the children. Despite Anna’s role in his life, Kingsley was still a slaver. He instructed his ship captains to land his slaves directly on Fort George Island. From a small deck built atop his big house, he could often be seen peering out to sea through his long glass, looking for the masts of his slave ships in the distant sea-green mist.

Life on the plantation depended on an array of factors, including planting schedules and weather conditions. Slave labor on the Kingsley Plantation was performed according to the task system. Under this system, each slave was assigned a certain amount of work for the day. When the task was completed, the slave was permitted to use the balance of the day as he or she chose. After-work life for the slave often involved gardening, hunting, fishing, and cooking. The garden was used by the slaves to grow various crops for their own use. Kingsley’s slaves maintained several large fields of potatoes, corn, and beans to feed whites on the plantation throughout the year; however, each slave family was also assigned plots of land in which to plant their own corn and other vegetables.

While living at Fort George, Zephaniah Kingsley continued to increase his holdings. After Florida became a United States territory in 1821, Kingsley was appointed to the Second Florida Legislative Council by President James Monroe. Kingsley was an advocate for the fair treatment of free blacks. He believed that it was necessary to enlist the support of free blacks in controlling slaves, even though the majority of slave-owners feared free blacks. In response to this fear, the Florida legislature aggressively enforced restrictive laws pertaining to free blacks in Florida. “Two laws affected the Kingsley family directly. The first prohibited inter-racial marriages and made children of mixed-race couples ineligible to inherit their parents’ estates. The second imposed severe penalties on white men found guilty of sexual liaisons with black women.”iv

In 1829, Kingsley published his opinions on a patriarchal system of slavery and furthered his demands for liberal provisions for free blacks, increasing his alienation from his fellow plantation-owners. In the sunset of his life, Kingsley decided to move his family to Haiti, the first independent black republic in the New World.v In 1835, Anna, the children, and fifty former Kingsley slaves moved to Mayorasgo De Koka on the northern coast of Haiti. The Fort George plantation was sold to Kingsley’s nephew in 1839.vi Zephaniah Kingsley died September 30, 1843. His will directed his executors to liquidate his properties and financial investments and to divide the net proceeds primarily between Anna and their children.

After the will was read, several white relatives sued to break it, charging that the beneficiaries were of African descent. The state supreme court sided with Anna and the children. In 1860, Anna returned to Florida to live with her daughters who were married to prosperous land owners in Jacksonville.vii She and her family were Unionists during the Civil War; therefore, when the Confederates took control of Jacksonville, the family fled north. In 1865, after Union forces occupied Jacksonville permanently, Anna Kingsley returned to Duval County where she died in 1870. Her final resting place is unknown.

During the Second Spanish Period, slaves particularly from Pensacola, fled to a fort built by the British for escaped slaves. It was called Negro Fort and was built on a high bluff on the Apalachicola River. The river begins its long descent to the Gulf of Mexico near the Florida-Georgia line at River Junction, where the Clinch and Flint rivers meet to form the Apalachicola. From there, the Apalachicola meanders through Florida like a long, brown snake on its downhill fall to the Gulf. Prospect Bluff is located just fifteen miles upriver from the entry of the Apalachicola into the Gulf of Mexico. The high bluff was a strategic location because from its height, cannon-shot could be rained down on ships as they moved up and down the river. In the wrong hands, this was a direct threat to the American interior and to Georgia and Tennessee commerce especially.

In 1814, even though Florida was still under the control of Spain, the British, still angry from losing their colonies to America and now being expelled to the Bahama Islands, sent military incursions into Florida. “In May 1814, His Majesty’s warship Orpheus, commanded by Captain Hugh Pigot, anchored at the mouth of the Apalachicola River. Lieutenant George Woodbine, . . . went ashore with a small command. He had been commissioned to recruit the area’s many fugitive Creeks and blacks for British service by providing them with food 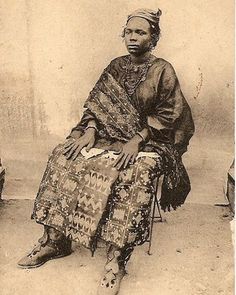 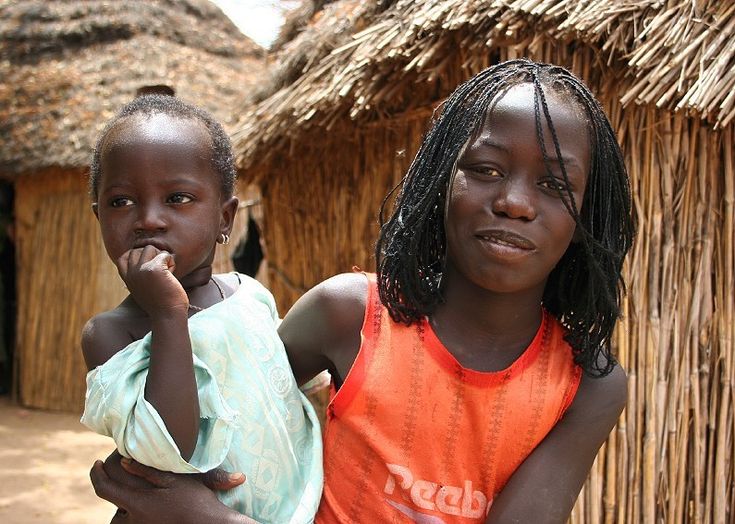 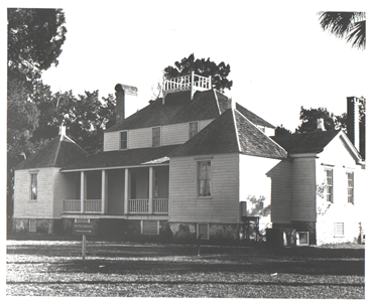 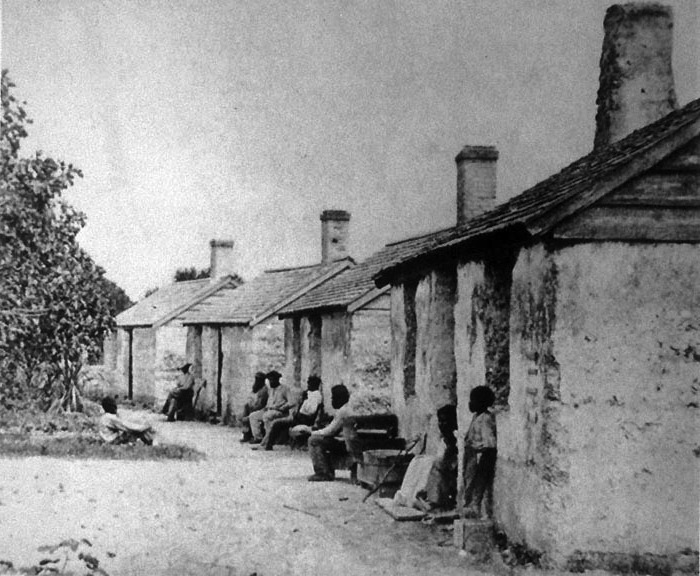 Slave cabins on the Kingsley Plantation. These are the only preserved slave cabins in Florida

Anna’s fireplace where family meals were cooked then taken into the big house for serving. 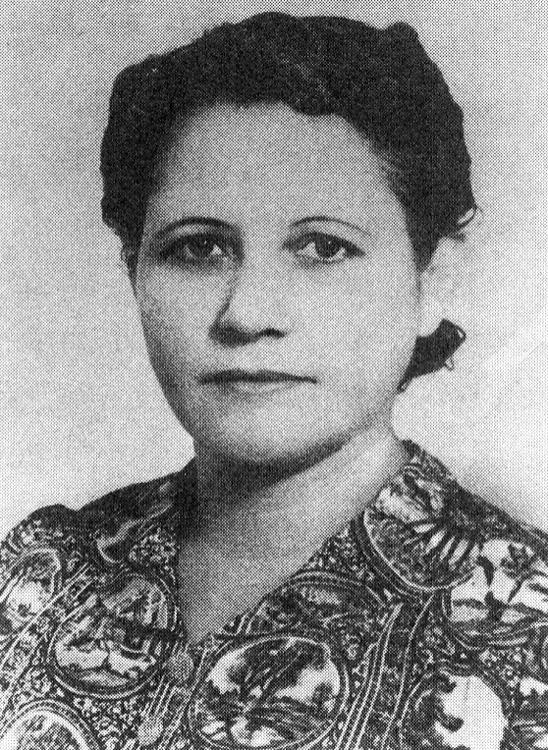