Lincoln at the Antietam Battlefield, 1886

In March, following the spectacular victories of General Ulysses S. Grant in the West, Lincoln summoned him to Washington and gave him command of all Union forces. In Grant, the president finally had a commander who would fight. Grant brought in General William Tecumseh Sherman and sent him with a huge force on his famous march through the heart of the Confederacy. Grant himself closed in on Richmond, the seat of the Confederate government. By this time, the war was nearly over.[1]Dunn, A History of Florida Through Black Eyes, p.1. 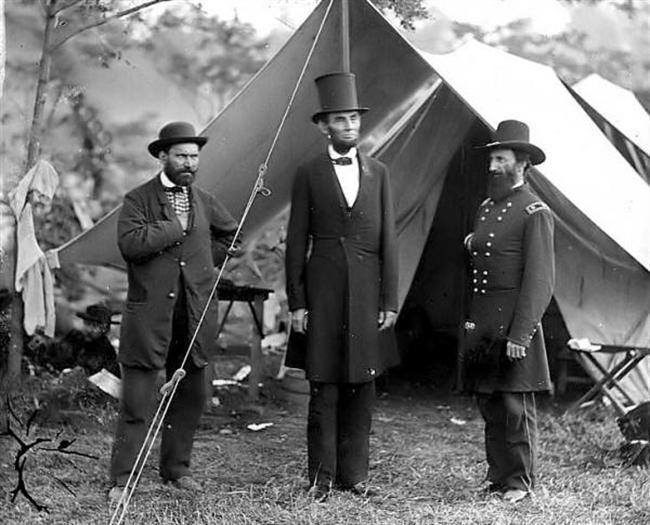 United States Colored Troops: More than 1,300 black men from Florida fought for the Union. Some Confederate officers refused to take black soldiers as captives of the war but, being offended that black men would take up arms against white men, ordered them shot in the field even after they gave up, which was not often. Because black soldiers knew there was a possibility of being killed if captured they were thought by some white Union commanders to be the most tenacious soldiers they had commanded in the field. Only one major Civil War battle was fought in Florida (the Battle of Olustee) and black troops were there. (You really, really, would not want to mess with these guys.)[2]Dunn, Understanding Our Past. 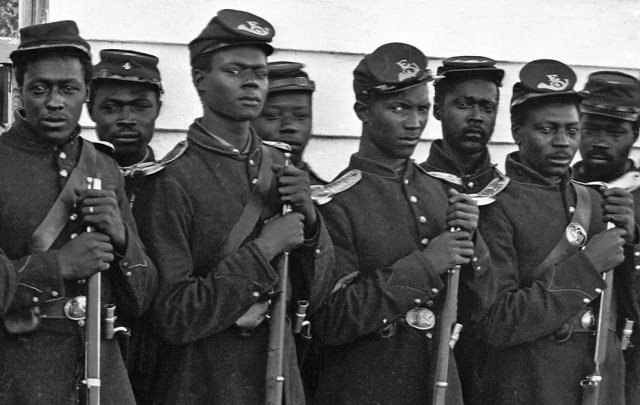 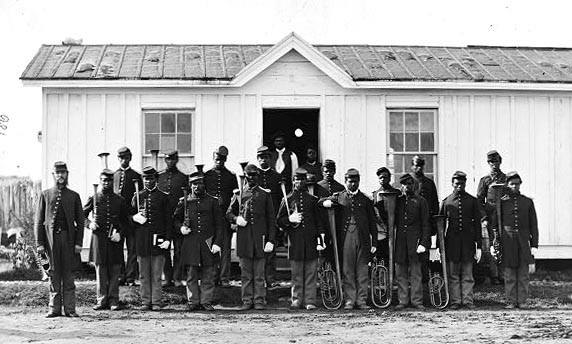 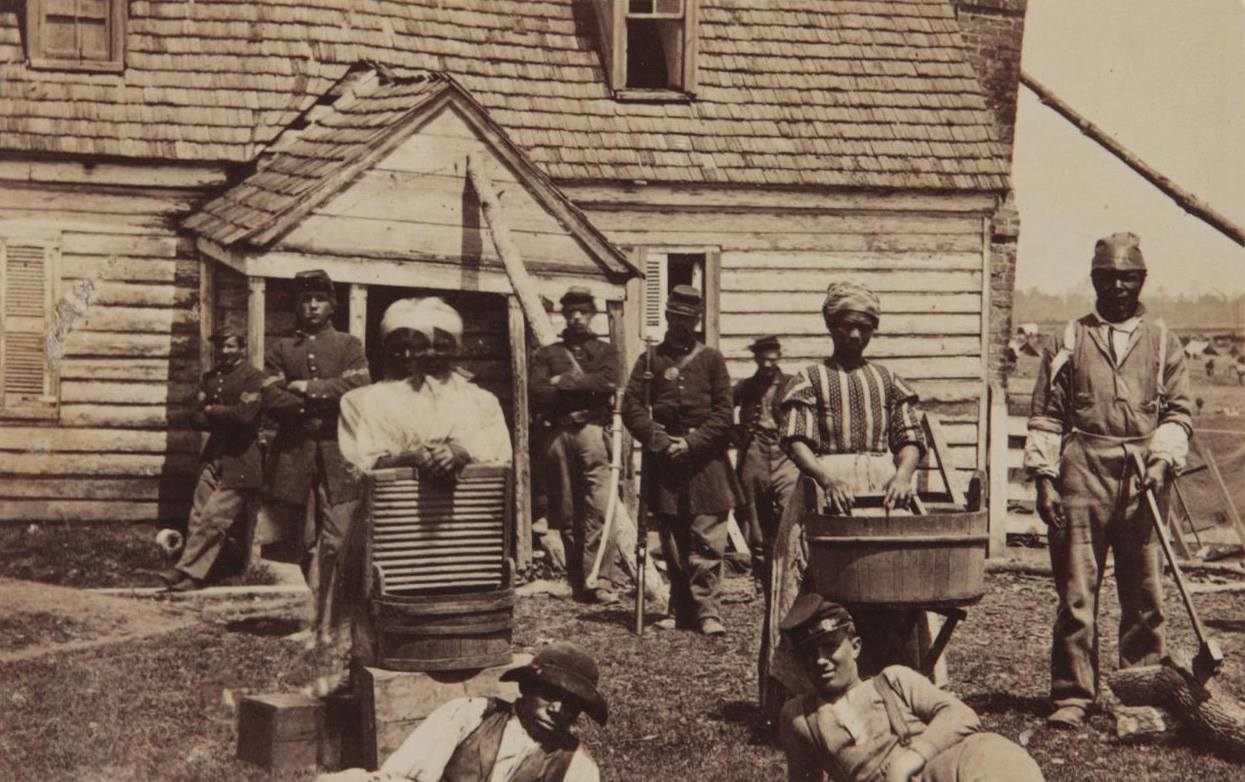 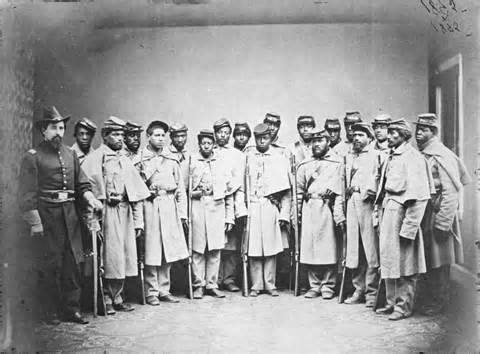 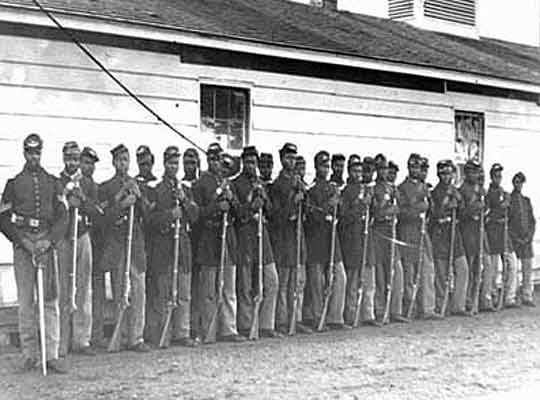 During the Civil War, federal troops virtually destroyed the city of Jacksonville, causing whites to evacuate the city. From 1861 through 1865, Union soldiers occupied Jacksonville four times. Both black troops and white troops took part in the third occupation, in March 1863. The Union’s main reason for occupying Jacksonville was to recruit black regiments to fight for the North. According to H. Nulty, an expert on the Civil War in Florida, the purpose of Jacksonville’s occupation was to “ . . . make it the base of operations for the arming of negroes and securing in this way possession of the entire State of Florida.”

When Union forces withdrew from Jacksonville the third time, parts of the town were set ablaze. At first the white residents blamed the black troops, but they were later exonerated. “The evacuation of Jacksonville by the federal troops was marred by fires that sprang up suddenly in parts of the city and a number of private homes that were looted by hoodlums among the departing soldiers. The black troops were initially blamed, but news reporters who were present . . . maintained it was done by white troops in the part of the city in which they had been quartered.[3]Dunn, A History of Florida Through Black Eyes.

The raids into Florida by black Union troops fueled a white obsession about possible slave insurrections in the state. Some slave-owners withdrew into the interior of the state with their slaves. The Confederates also moved many free blacks, as well as blacks without apparent owners, into the interior and away from contact with black fighting men. The area around the St. Johns River was of special interest to both sides due to the importance each placed on the plantation slaves. The Union wanted black volunteers from the St. Johns region, and the Confederates wanted to keep the local plantation slaves pacified and out of the reach of black soldiers and free blacks. The Confederate commanding general in Florida wrote to his superiors predicting dire consequences if black Union soldiers had contact with the slaves in the region of the St. Johns:

The entire Negro population of East Florida will be lost and the country ruined . . . unless the means of holding the St. Johns are immediately supplied . . . The entire planting interests of East Florida lie within easy connection of the river; . . . Intercourse will immediately commence between negroes on the plantation and those in the enemy’s service . . . and this intercourse will be conducted through swamps and under cover of night, and cannot be prevented. A few weeks will suffice to corrupt the entire slave population of East Florida.[4]Dunn, A History of Florida Through Black Eyes.

When the Civil War ended black troops were in command in Jacksonville, Florida. Parts of the city were looted and locals blamed the black troops. As it turned out, the looting did happen but it was done by white Union troops. When I was in school I never knew that black men even fought in the Civil War.

The North may have won the war without arming black men to fight but their deployment at least hastened the end of the war. As Union troops moved through the South thousands of black slaves followed them. Some of the men were accepted into the Union army where they were officered by white men. The role of black troops in the Civil War is generally not known. After the war black troops were used to bring order to many southern cities including in Florida. Jacksonville at one point was totally under the control of black troops. Many black soldiers paid the ultimate price yet most of us were taught that it was white men from the North who fought the war and freed us.