The Desegregation of Central High School

Little Rock’s Central High School became the national focus on civil rights as the school was ordered desegregated in 1957. It had been three years since the Brown Decision and no real desegregation had occurred in the South. Events at this school were intended to change that.

In a key event of the American Civil Rights Movement, nine black students enrolled at formerly all-white Central High School in Little Rock, Arkansas, in September 1957, testing a landmark 1954 U.S. Supreme Court ruling that declared segregation in public schools unconstitutional. The court had mandated that all public schools in the country be integrated “with all deliberate speed” in its decision related to the groundbreaking case Brown v. Board of Education of Topeka.

On September 4, 1957, the first day of classes at Central High, Governor Orval Faubus of Arkansas called in the state National Guard to bar the black students’ entry into the school. Later in the month, President Dwight D. Eisenhower sent in federal troops to escort the “Little Rock Nine” into the school, and they started their first full day of classes on September 25. 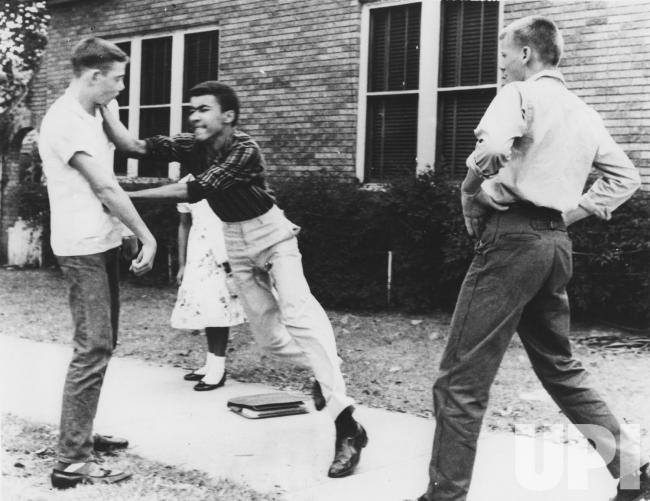 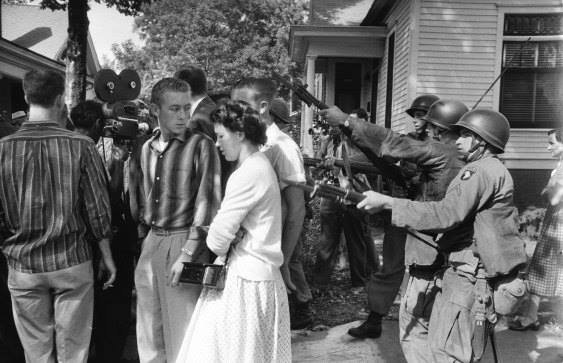 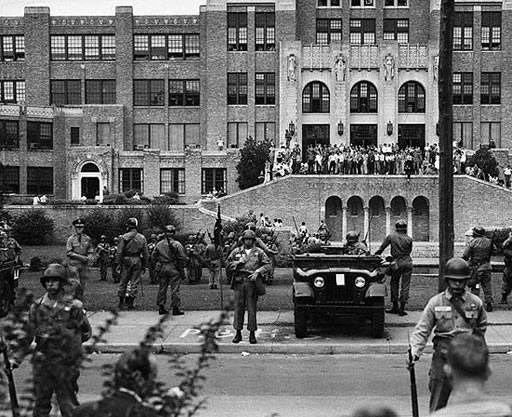 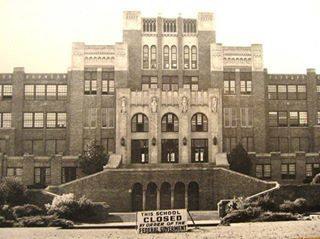 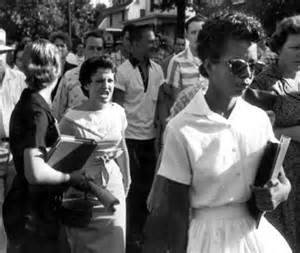 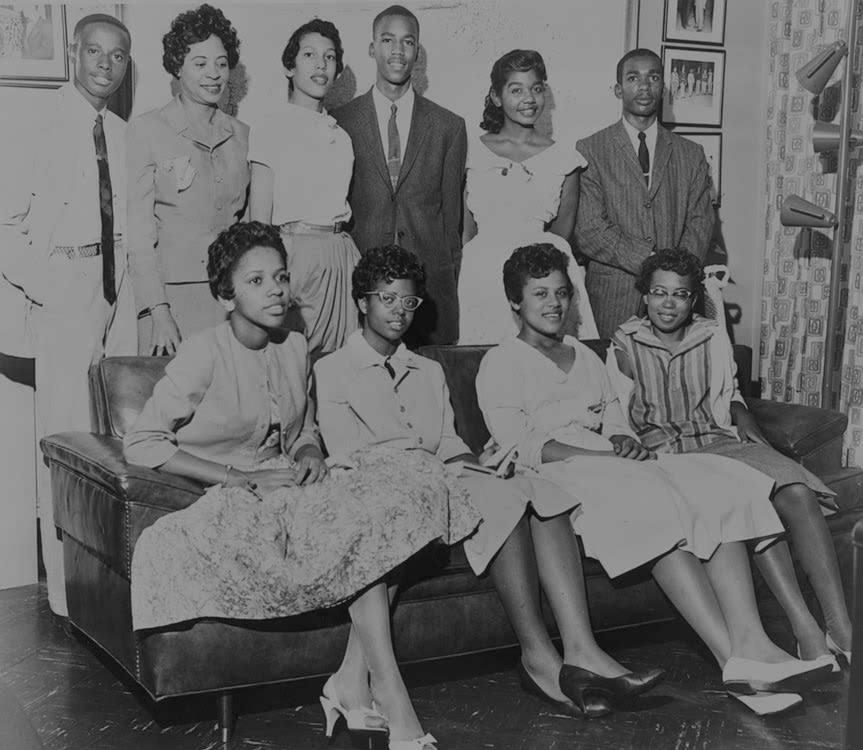 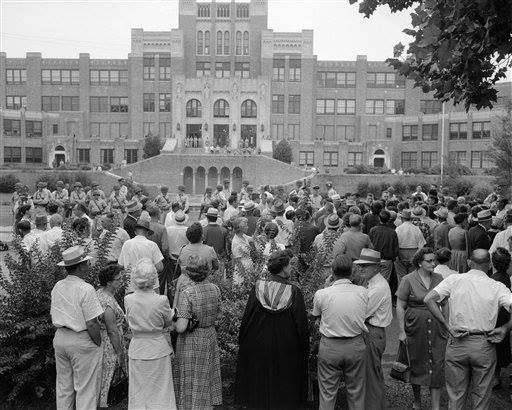 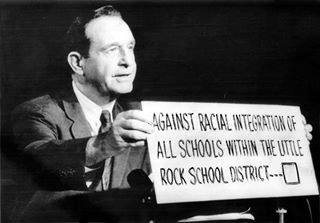 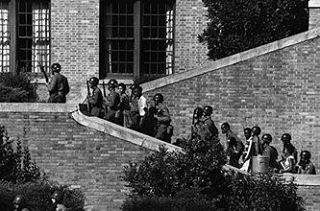 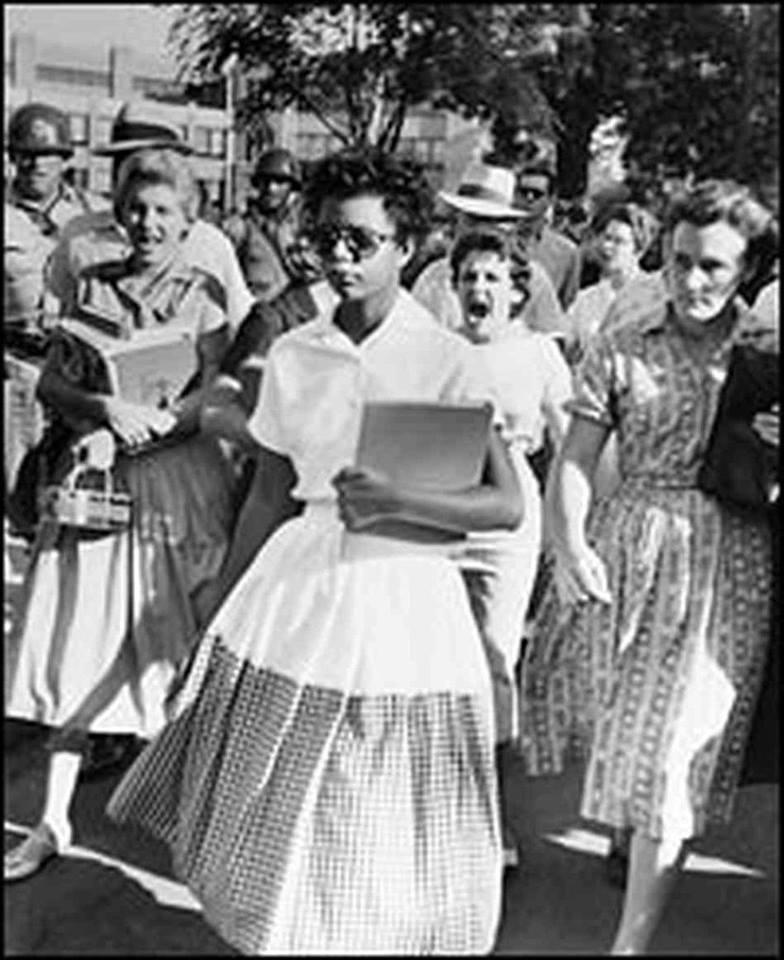 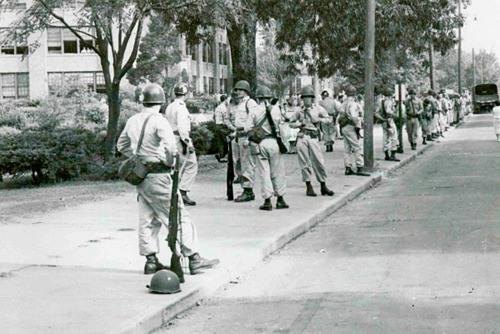 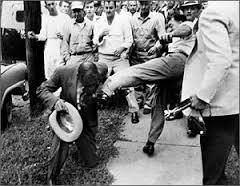 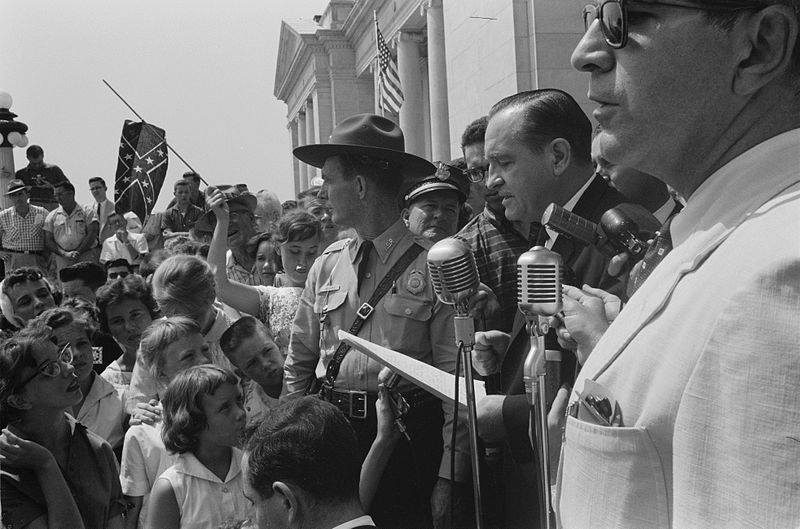 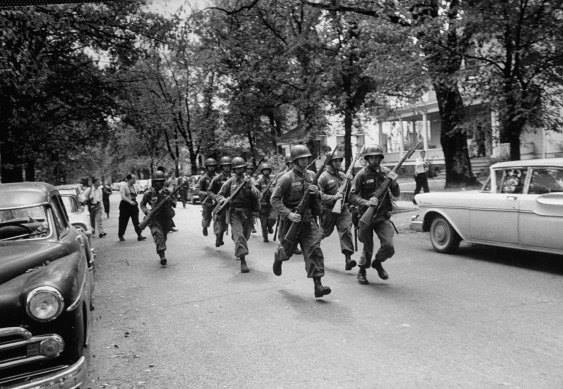 The Little Rock Nine arrived for the first day of school at Central High on September 4, 1957. Eight arrived together, driven by Bates. Eckford’s family, however, did not have a telephone, and Bates could not reach her to let her know of the carpool plans. Therefore, Eckford arrived alone. The Arkansas National Guard ultimately prevented any of the Little Rock Nine from entering Central High.

One of the most enduring images from this day is a photograph of Eckford, notebook in hand, stoically approaching the school as a crowd of hostile and screaming white students and adults surround her. Eckford later recalled that one of the women spat on her. The image was printed and broadcast widely, bringing the Little Rock controversy to national and international attention.

On September 2, 1957, Governor Orval Faubus announced that he would call in the Arkansas National Guard to prevent the African-American students’ entry to Central High, claiming this action was for the students’ own protection. In a televised address, Faubus insisted that violence and bloodshed might break out if black students were allowed to enter the school. The following day, the Mother’s League held a sunrise service at the school as a protest against integration. That same day, federal judge Richard Davies issued a ruling that desegregation would continue as planned the next day.[1]Dunn, Understanding Our Past, p.9.

President Eisenhower had had enough. Federal troops of the 101st Airborne Division were sent to escort the nine black students into Little Rock’s Central High School, September,1957. Troops were ordered by President Eisenhower after local police failed to protect the students. The soldiers were ordered to carry live ammunition. Black members of the 101st were not deployed.[2]Dunn, Understanding Our Past, p.5.

President Eisenhower sent the 101st Airborne Division (Paratroopers) into Little Rock to enforce desegregation. He ordered the troops to carry live ammunition and fixed bayonets. He also ordered black troops to remain in their barracks for concern that their presence would make the situation worse. This ended overt resistance to integration at Central High but the use of federal troops to force white kids to go to school with black kids soured the South against the federal government. That resentment remains with some white Southerners today…[3]Dunn, A History of Florida Through Black Eyes, p.19.

The following morning, troops from the 327th surrounded Little Rock Central High School while a small detachment went to pick up nine neatly dressed black teenagers. An Army officer came to Daisy Bate’s house, where the children had gathered, and saluted her. “Mrs. Bates,” he said, “We’re ready for the children. We will return them to your home at three-thirty.” It was, said Minnie Jean Brown, one of the nine, an exhilarating moment. “For the first time in my life I felt like an American citizen.”[4]Dunn, Understanding Our Past, p.6.