After the Civil War virtually untouched Florida, stood on the brink of great expansion as displaced Confederates, Unionists and many former slaves migrated to the state. For blacks during Reconstruction, the maelstrom of oppression waned but only for a moment. Right after the war, when Union troops, both white and black, occupied the South including Florida, blacks fared relatively well. The Republican Party, having won the war, dominated the state politically because anyone who had taken up arms against the United States could not vote.

This meant that white men, who belonged primarily to the Democratic Party, were essentially disenfranchised. This seemed just, for they had rebelled against the Union. It also meant that blacks, who belonged primarily to the Republican Party, the party of Lincoln—the man they believed had freed them—could, and did, vote. It was a new political day in the American South. Blacks were empowered with the ballot, for however briefly.

As a result of joining with white Republicans called carpetbaggers (Northerners who were sent into the defeated South by the federal administration to fill the power vacuum) and scallywags (white Southerners who joined the blacks and carpetbaggers), blacks were elected to public offices all over the South, including in Florida. There was even a black congressman from Gainesville during this time and numerous black constables and sheriffs. Several blacks served in the state legislature in both houses.

Several black men became politically prominent during Reconstruction, particularly in Gainesville where many black troops mustered out of the Union Army and chose to remain in Alachua County. Jonathan C. Gibbs was one of these men. Gibbs was one of the most accomplished and politically driven men among them, becoming among the most influential African Americans during Reconstruction.

He was born in 1827 in Philadelphia of free parents. After his father, a Methodist minister, died, he was apprenticed to learn the carpentry trade which he followed until he was of adult age. Meanwhile, he had joined the Presbyterian Assembly and studied at Dartmouth. Following his Dartmouth graduation, Gibbs studied for two years at Princeton Theological Seminary, later becoming the pastor of a Philadelphia church. After the Civil War, Gibbs was sent to North Carolina as a missionary to blacks. In addition to ministering to their religious needs, he opened a private school for freedmen.

In late 1867 Gibbs moved to Florida and was elected to the state constitutional convention of 1868. He aligned himself with the radical faction of the Republican Party, although his speeches were usually temperate. Gibbs was one of the outstanding blacks at the convention. A New York Tribune correspondent wrote of him, “I suppose there is no fitter man in the Convention, white or black.” The writer described Gibbs as being of medium size, with “a good intelligent, yellow African face.” He was said to be “active in body and intellect, well educated, and an orator by nature, not a roarer but a convincing, argumentative, pleasant speaker, in this respect the most talented man in the Convention.”i

In 1868, Governor Harrison Reed presented Gibbs’s name to the Florida Senate for appointment as Secretary of State, but his name was incorrectly presented. Reed withdrew the nomination and, for some reason, did not resubmit it. Later in the year, Reed appointed Gibbs Secretary of State after the first appointee, George J. Alden, a white Unionist, joined the Governor’s enemies in an attempt to impeach him. Gibbs was a trusted public servant and worked closely with Reed. When Ossian B. Hart succeeded Governor Reed in January 1873, he appointed Gibbs Superintendent of Public Instruction. As Superintendent, Gibbs was also president of the board of trustees of the proposed agricultural college for blacks, which came to be Florida Agricultural and Mechanical College, and later Florida A&M University.

Gibbs demonstrated that he was very much interested in developing public education in Florida. During his tenure, he closely supervised county superintendents. He made progress in the adoption of uniform texts in the schools. Prior to his coming to office, each student used whatever books he could obtain. Gibbs’s sudden death on August 14, 1874, was a great loss to Florida. The white man who became Superintendent of Public Instruction after Gibbs’s death said, “Negroes have lost one of their noblest representatives, our State one of its most valued citizens, and our public school system one of its most intelligent advocates—one of its best friends.”ii

The circumstances of his death became mired in controversy. Although his brother would later report that Gibbs died of apoplexy, it was believed by some that he had been poisoned. Gibbs was a powerful black man in Florida when it was a dangerous thing to be a powerful black man in Florida. He was the most visible, and possibly the most resented, black leader in the state, in no small measure due to his exceptional abilities. He was a prime example of what Southern whites at the time called an “uppity nigger.”

Gibbs carried the role well. On top of his game, dressed in the finery of the times, he cut a dashing, handsome figure on the streets of Tallahassee. Many Conservative Democrats loathed the sight of black men like Gibbs who, they thought, were propped up by Northern radical Republicans and carpetbaggers. He would have been the ideal target for elimination.

Only hours before his death, Gibbs gave an hours-long speech at a Republican Party meeting, after which he enjoyed a hearty meal. Then he went home and ensconced himself in his attic, which he had turned into what his brother later described as an arsenal. He apparently feared for his life. Poisoning was a commonly used weapon of murder in the nineteenth century. Even kings and emperors feared it. Some potential targets required food-tasters to imbibe before touching their meals. Although there is no definitive evidence that Gibbs was murdered by poisoning, “It was whispered and widely believed he had been poisoned.”iii

It is possible, and some say probable, that Gibbs was poisoned by someone in his own party. Gibbs was a radical Republican with a good chance of winning a congressional seat. The moderate Republicans opposed him and had their own candidate. Some historians believe one of those Republican moderates may have had a hand in the murder. According to this historian, Gibbs had serious opponents within his own party who considered him to be too radical. “Gibbs was running for a congressional seat in opposition to a moderate Republican candidate. One of Gibbs’s Republican critics warned Gibbs to “watch his water bucket.”iv

iiRichardson, Negro in the Reconstruction, 186-187. 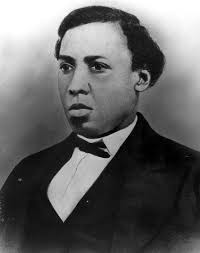 Jonathan Gibbs was Florida’s Secetary of State during Reconstruction. He was probably assassinated. 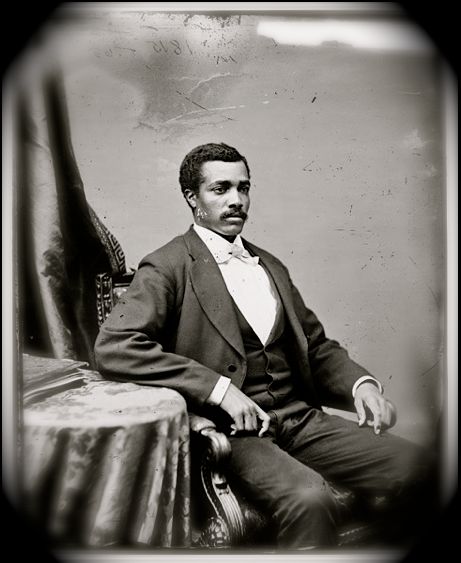 Josiah Walls was a congressman from Florida during Reconstruction. 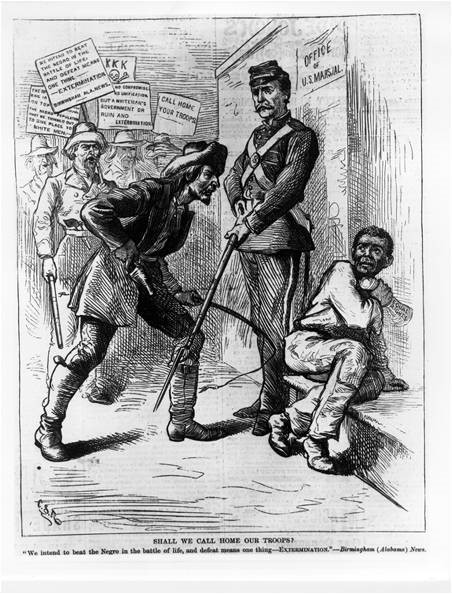 During Reconstruction federal troops protected black voters. Jonathan Gibbs and Josiah Walls were elected all over the South. 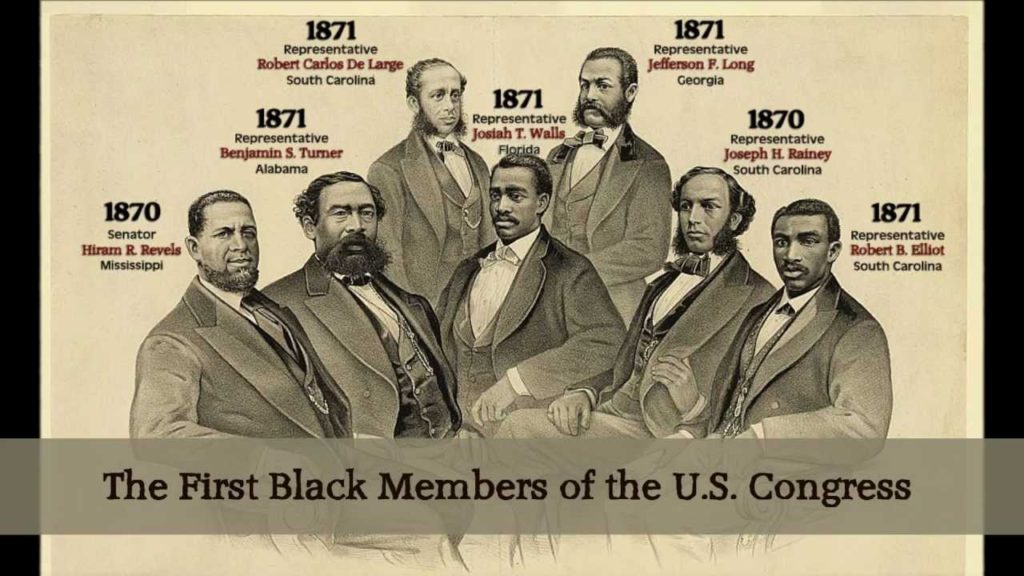 The first black congressmen in the United States. Josiah Walls from Florida is in the center. 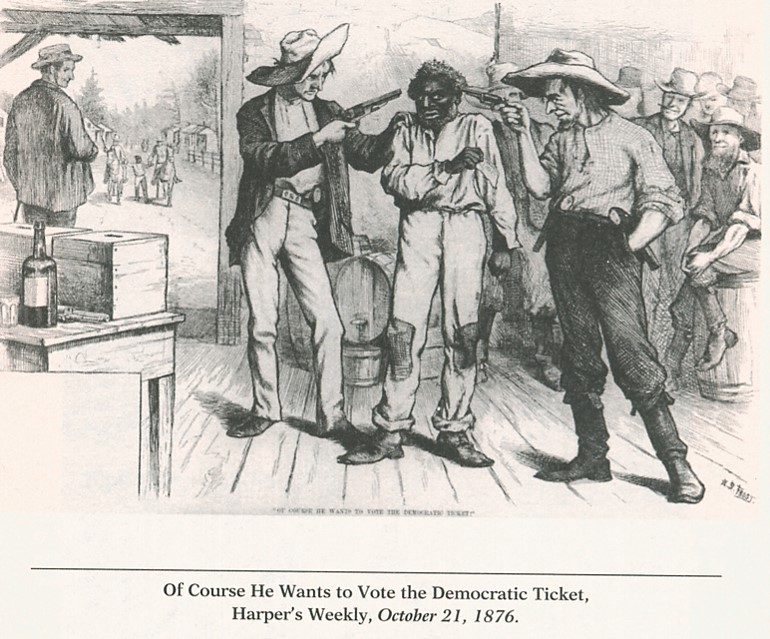 When federal troops were prematurely removed from the South the black vote virtually disappeared through intimidation and outright violence.