I first visited what is left of Rosewood in the summer of 1997. On an overcast and dreary Sunday afternoon, I took Highway 24 out of Gainesville, cutting through pine woods and swamp on either side of a straight road that connects Gainesville and Cedar Key. You can easily miss Rosewood, which is little more than a historic marker, set along the highway about nine miles before the road dead- ends at the Gulf of Mexico.

Having no idea what to look for, on an impulse I took a left turn at a fire ranger’s tower on the north side of the highway onto a dirt road. I followed it until it dead-ended in a cul de sac about a quarter of a mile from the main road. There was nothing visible but woods all around.

As I climbed back into my car, I peered even deeper into the darkening woods. I saw what appeared to be a green tunnel running through the woods, crossing at the cul de sac where I was standing, and continuing beyond.

I had found the remains of a section of the old Seaboard Air Line Railway that had been built to operate between Gainesville and Cedar Key. The rails had been removed long ago, but the bed remained. It was still in pristine condition, although it was overgrown with hanging limbs and bushes.

Alone in the silent woods, I walked east along the rail bed for about a half a mile, fighting mosquitos all the way. Looking through the bushes, I spotted a tombstone. Moving closer, I could read the name “Martine Goins.”

Then I saw other partially buried tombstones and other markers. Some of the unmarked graves were child-size. Most were sunken into the ground leaving only the visible outlines of the graves. It is a small cemetery that has not been touched since 1923. I had the feeling that I was on hallowed ground.

I spent over an hour inspecting the graveyard. The site is entangled in nine decades of overgrowth. The wet bushes had soaked my jeans and tee shirt.  Near dark it started to rain. Walking back to my car along the railroad bed, I felt fear.

Rain was coming down steadily, and I was alone in Rosewood. I feared I could disappear, and no one would find me.

Then I remembered the road sign I saw when I entered the woods. It was for hunters, and it read “No shooting from the road.”

I was relieved when I slammed my car door as the sky opened up with torrents of rain. As I drove back to Miami, I wondered what else was out there in those woods, waiting to be discovered and possibly saved. 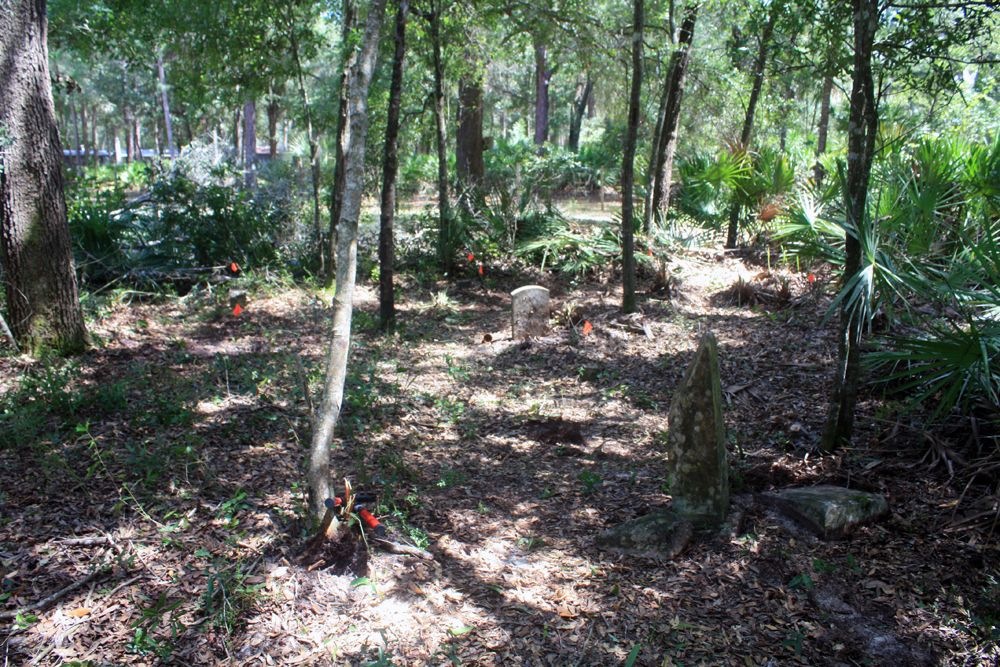 I returned to Rosewood many times following that first visit. One steamy Monday afternoon in 1999, I found the grave of Poly Wilkerson, one of the white men who was killed during the massacre. He is buried in a cemetery in Sumner.

The grave was covered with clamshells as are the majority of the graves in the old cemetery.  Standing over Wilkerson’s grave, I found myself shivering for a moment. By the time I visited the cemetery again in 2012, the marker identifying the grave as Wilkerson’s had been removed.

After a few years of research about Rosewood, I became the co-owner of five acres of land in Rosewood, having purchased the property because it once contained a portion of the railroad depot site. As far as I know, this was the first purchase by a black person, of land in Rosewood proper since the massacre.

The property had barely been touched since the events of 1923. Several hundred feet of the old railroad bed run through the property. It was confirmed that the property was within yards of the railroad depot when we discovered very old Rosewood fence posts still connected by sagging barbed wire, along both sides of the railroad bed, just yards away from where we believe the depot sat. Robie Mortin told me that there was a fence near the depot to keep people from crossing in front of the train.

Once I became a property-owner in Rosewood some of the neighbors began to come around. In time, I met the woman who owns the property where the Rosewood Masonic Lodge once stood. Substantial public records, including tax records and county deeds, document that the lodge was located on her five- acre site. The site currently accommodates a family home. The owner allowed me to conduct research on her land whereupon we began uncovering some of the relics of Rosewood. 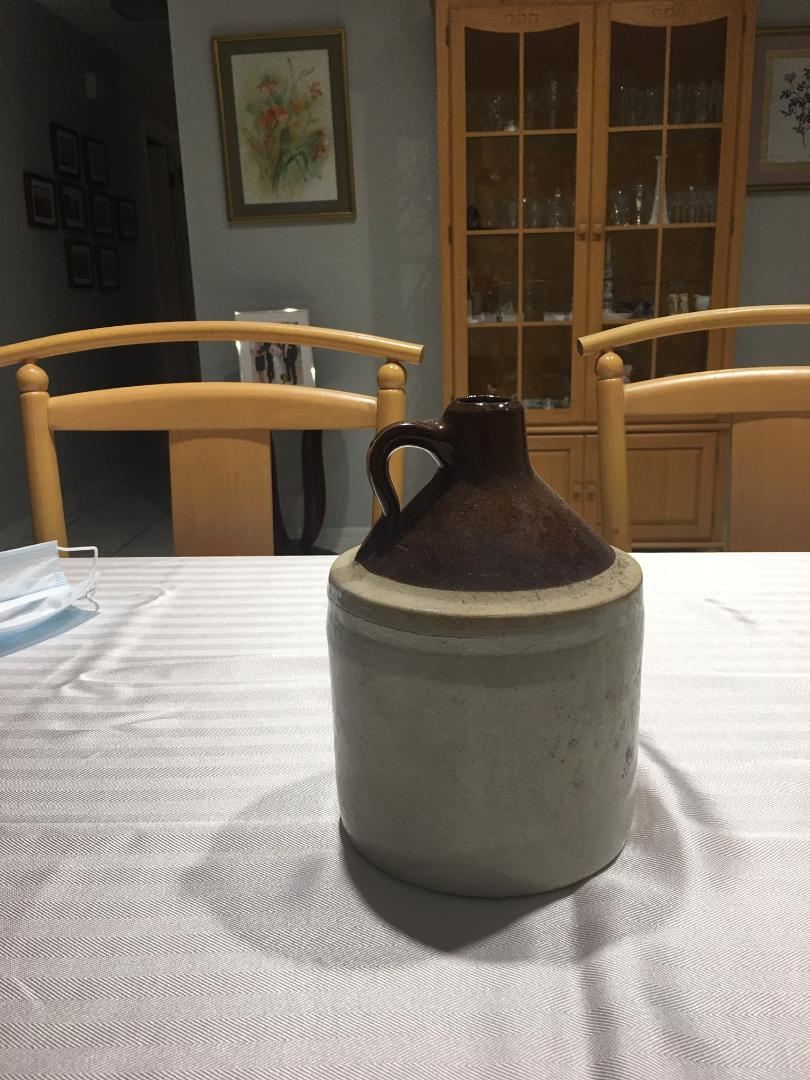 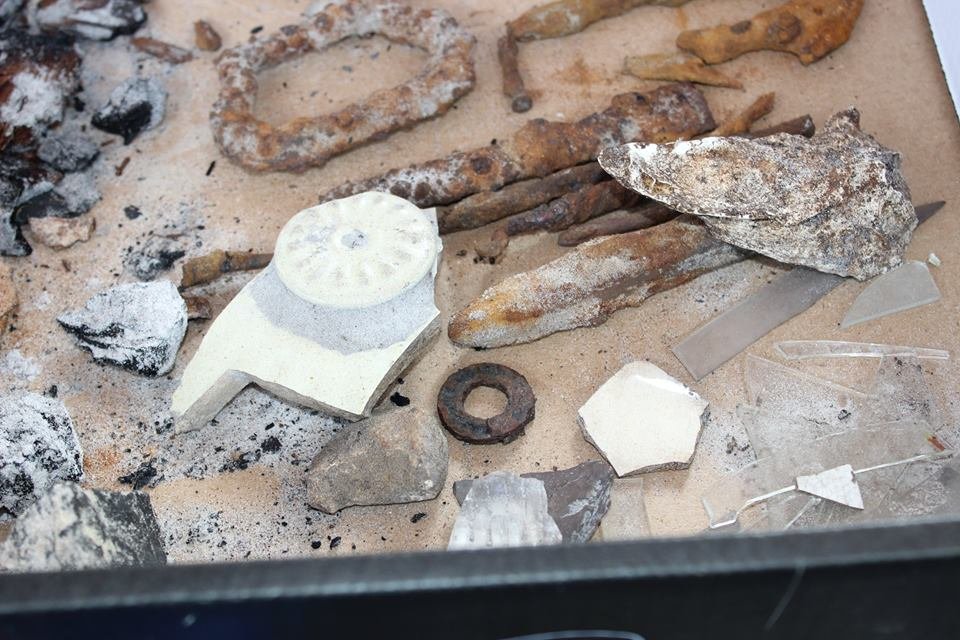 In 2009, I found a pristine road running along the south side of the railroad track. A deep ditch runs along both sides of the road wide enough to allow two horse-drawn wagons to pass each other. This may have been the Rosewood Back Road. On both sides of the road there are crossovers, allowing one to cross the ditch and enter clearings where houses probably stood. 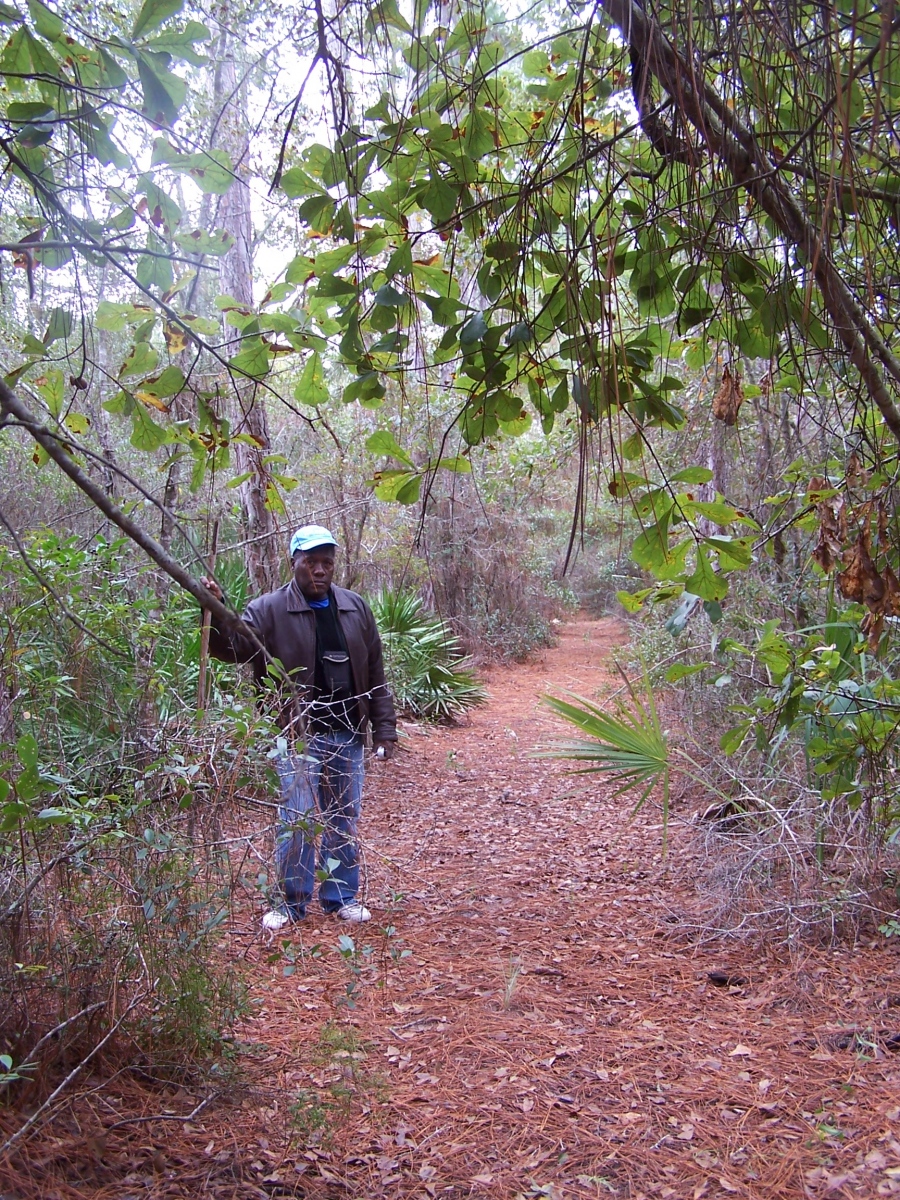 I found relics of the Bradley family sugar mill in 2012. It is located north of Highway 24 on a dirt road running north to south, which passes through what was the center of the town. Levy County public records show that the property was once owned by the Bradley family. 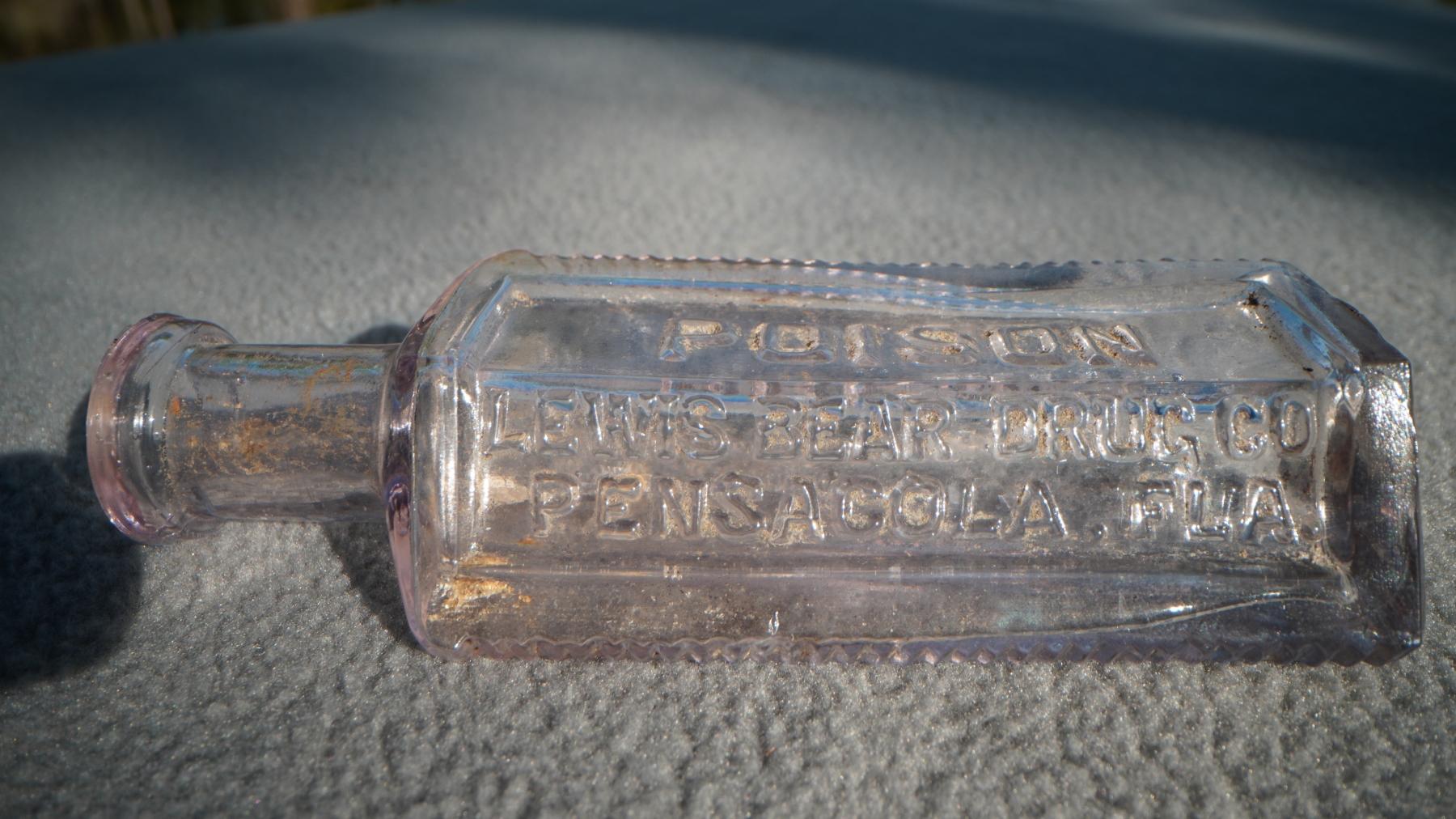 The current owner found a perfectly intact pair of eyeglasses, which judging by the size of the frame, belonged to a woman. The lenses are singed from fire. 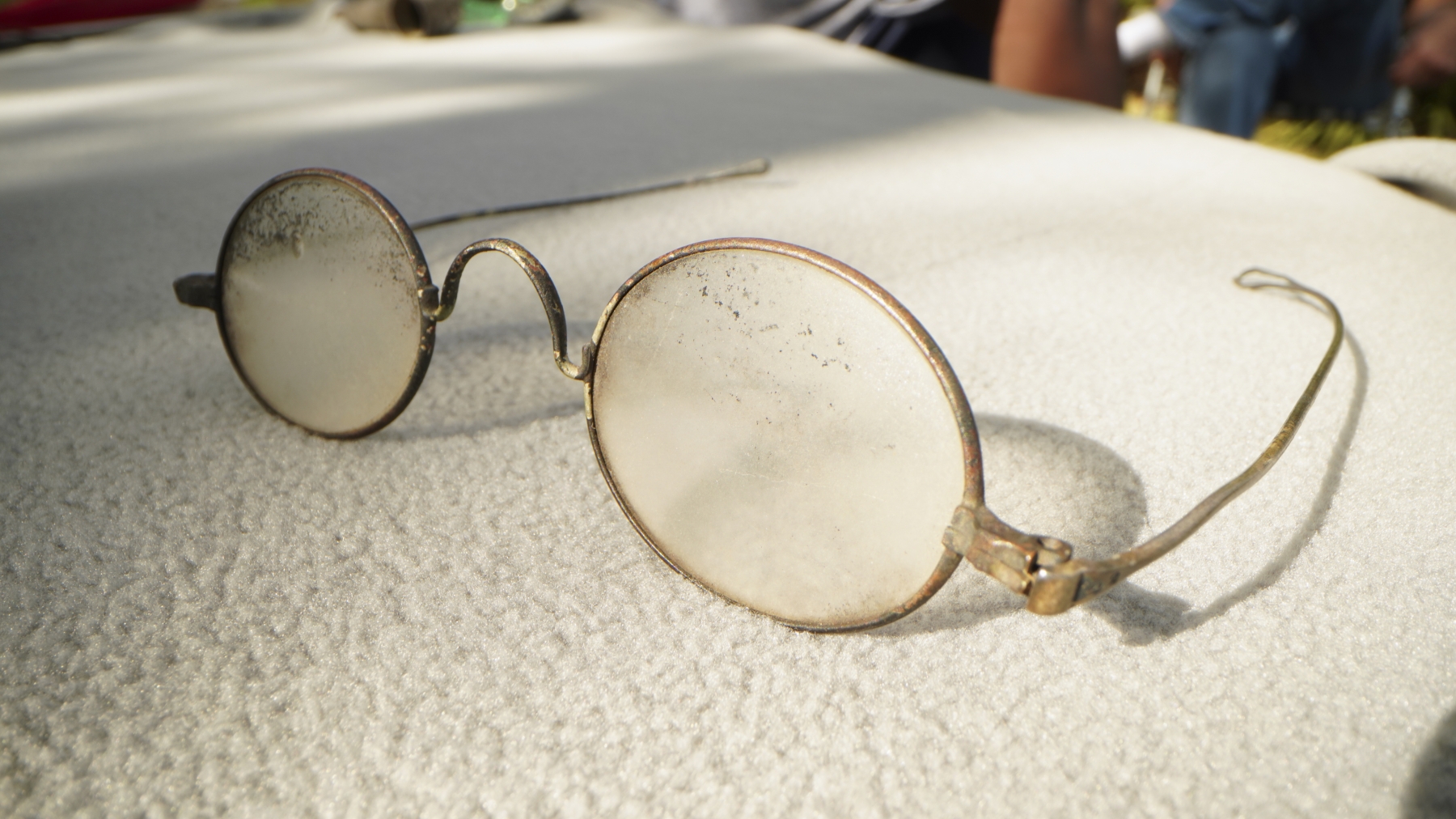 There is practically nothing left of the old Rosewood. No blacks live there today. The properties of the blacks who moved away or who were somehow unaccounted for, were sold to whites for taxes. John W. Wright, the white hero of Rosewood who saved several women and children from the mobs, purchased a large amount of previously black-owned land. White upper middle-income homes now occupy property where black homes once stood. Cooperative white residents find all kinds of artifacts on their properties. 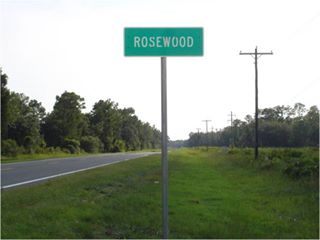 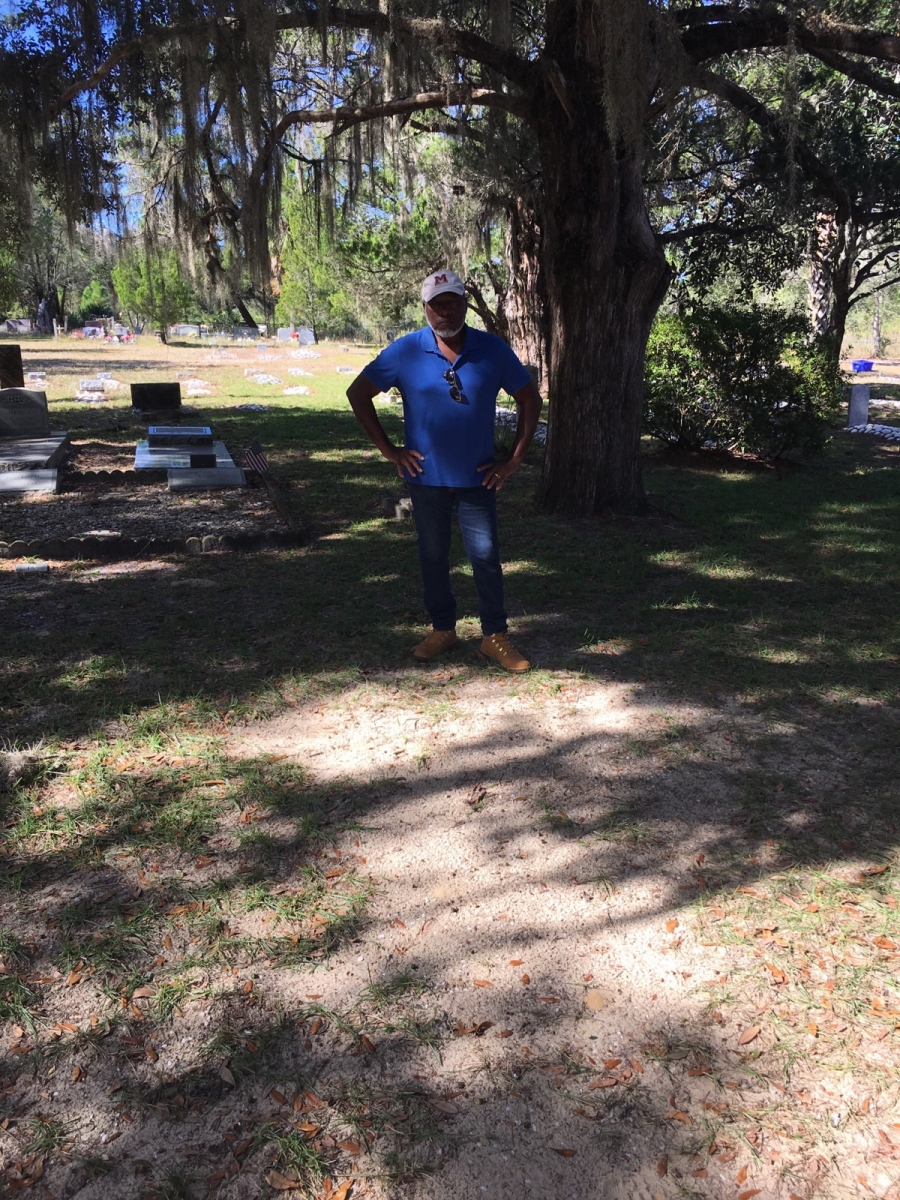 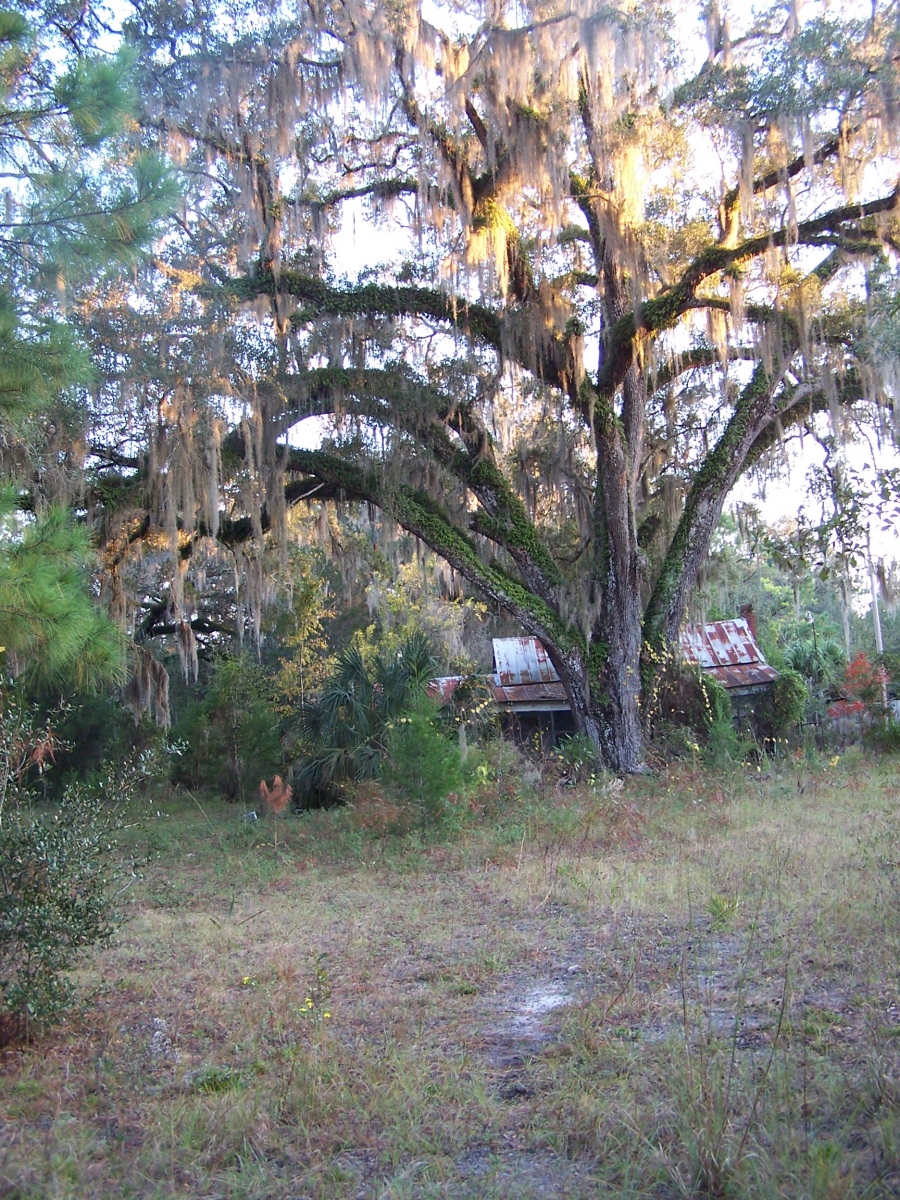 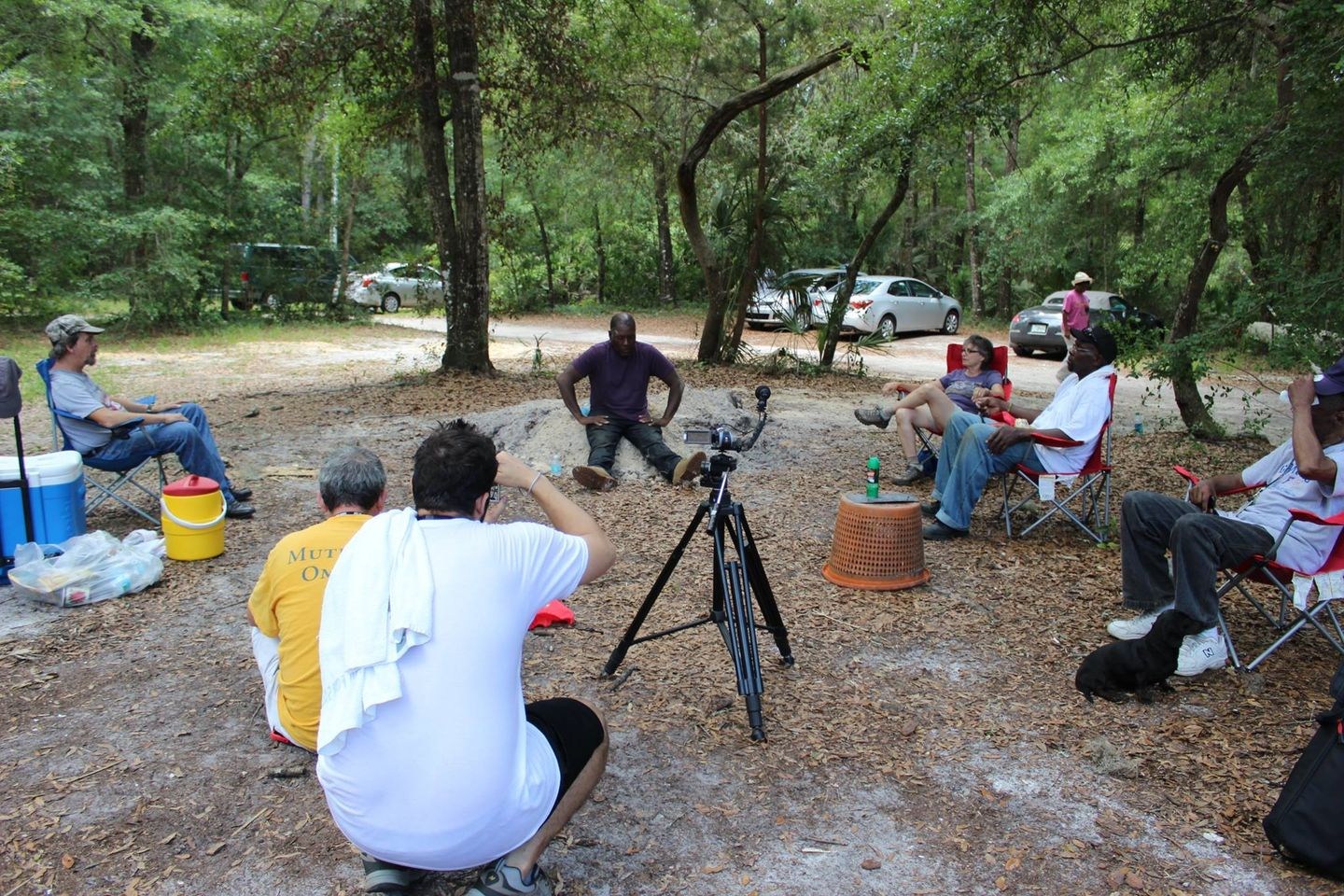 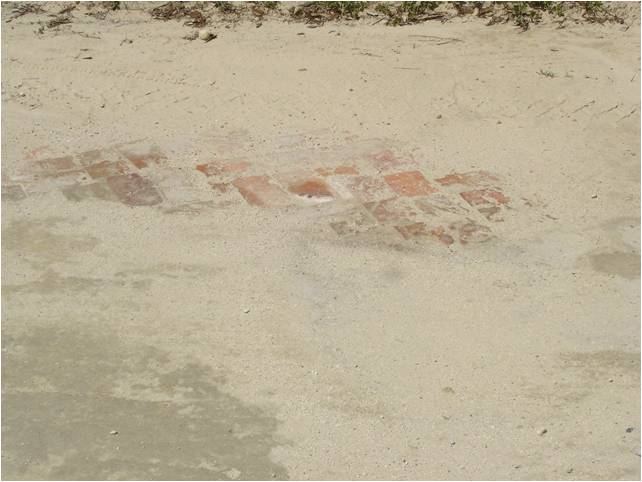 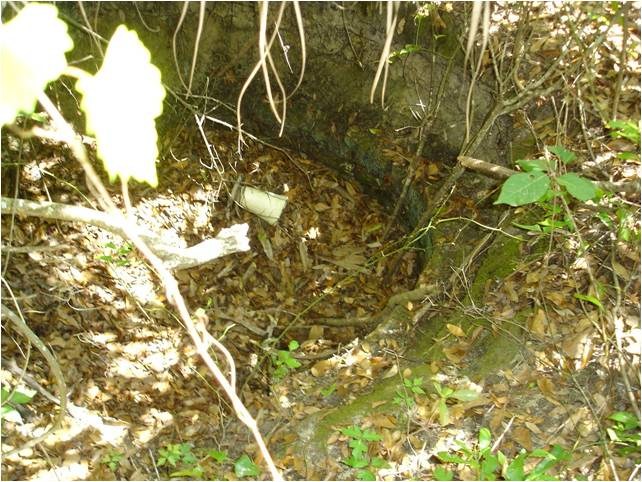 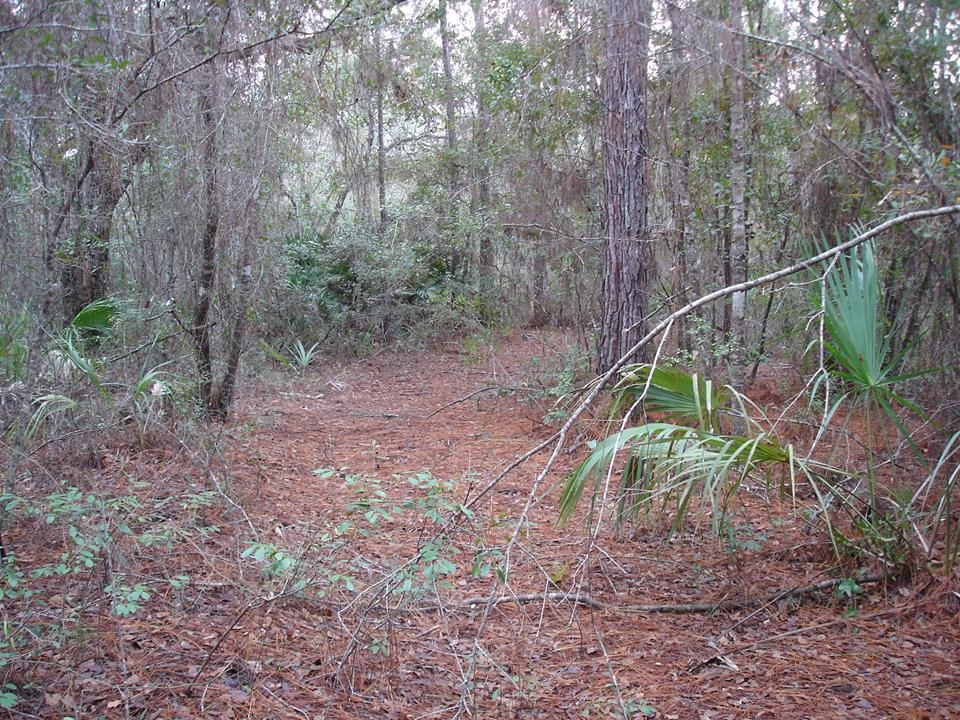 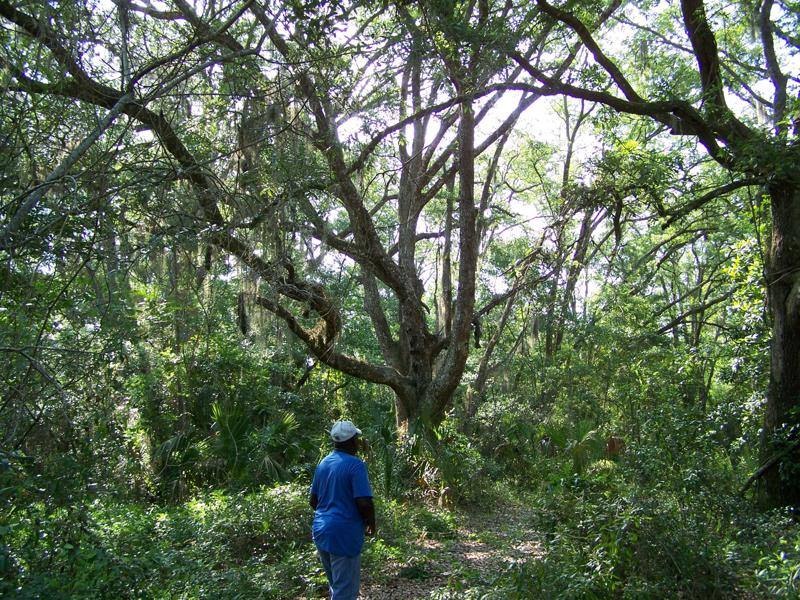 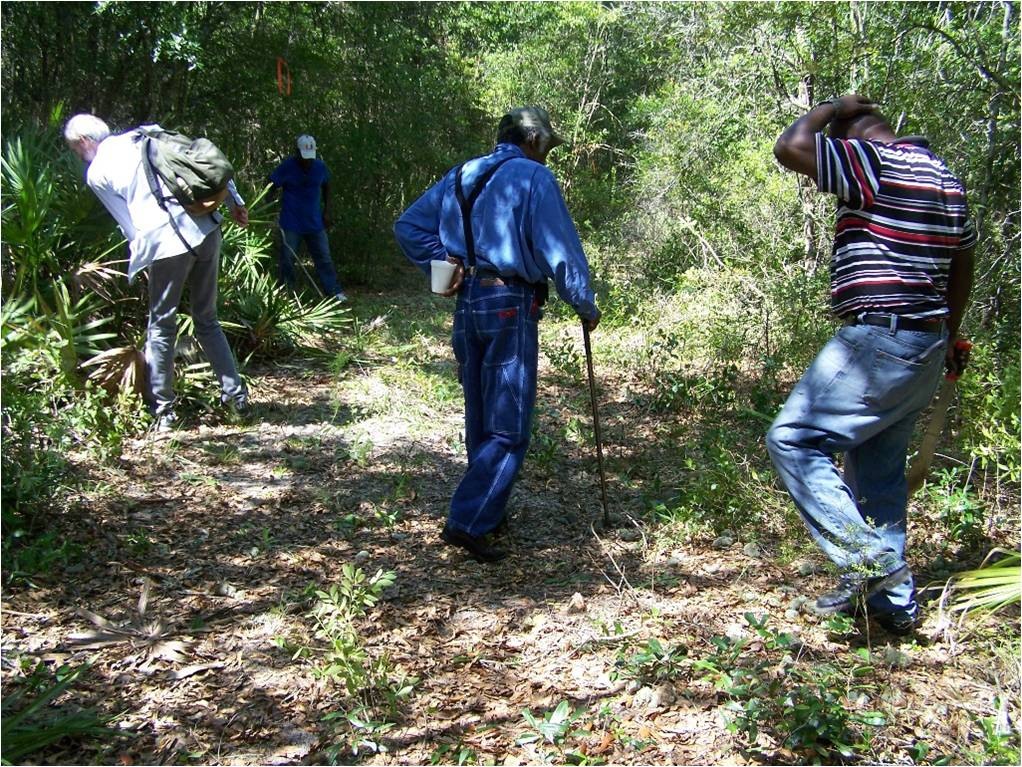 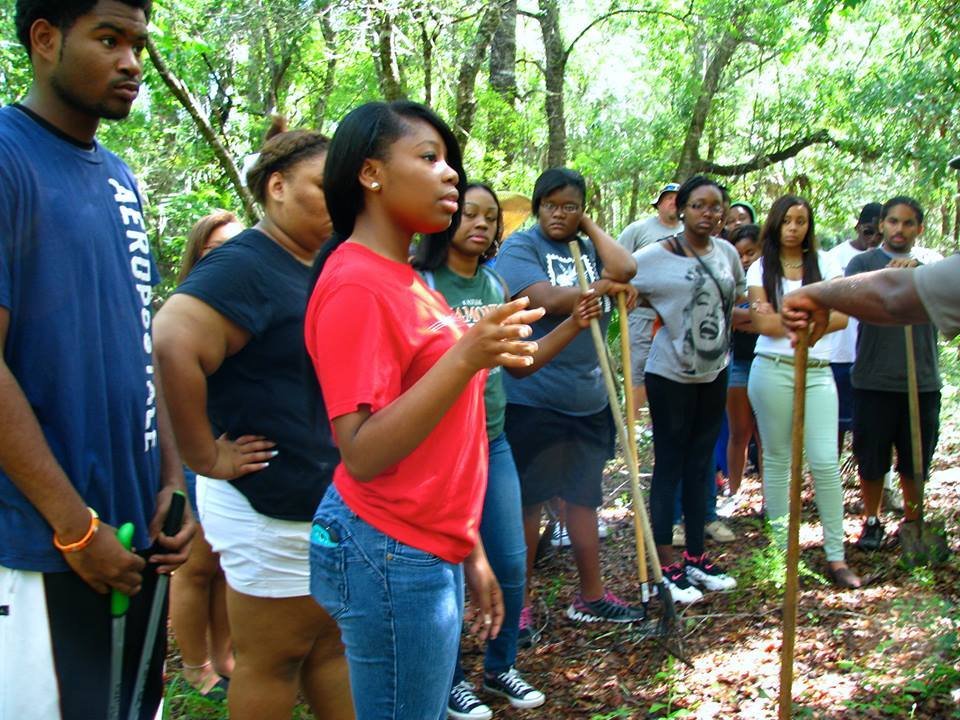 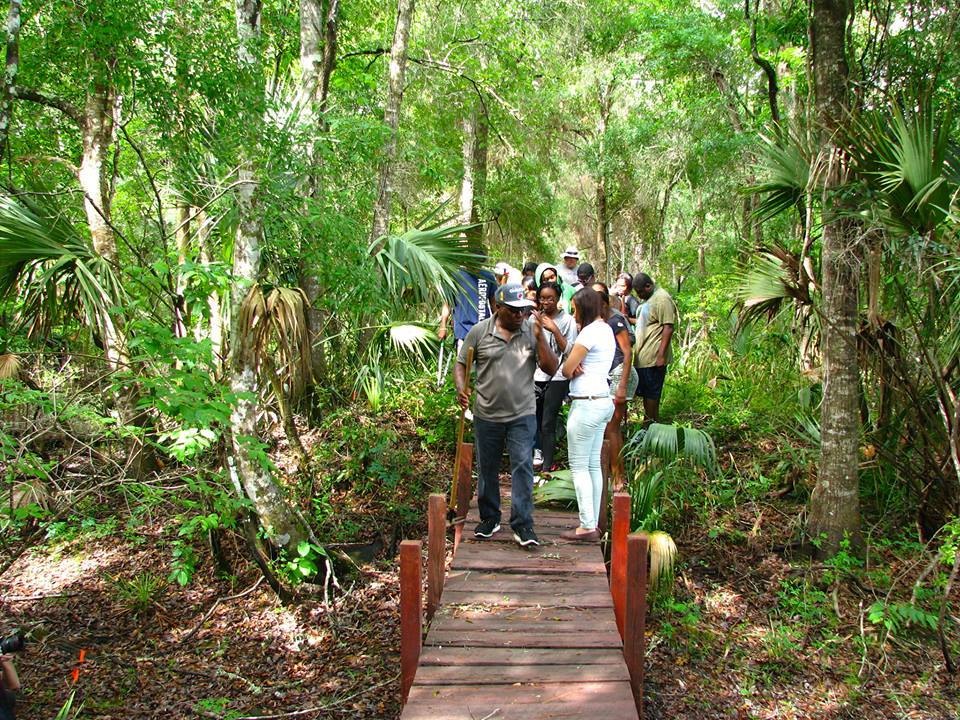 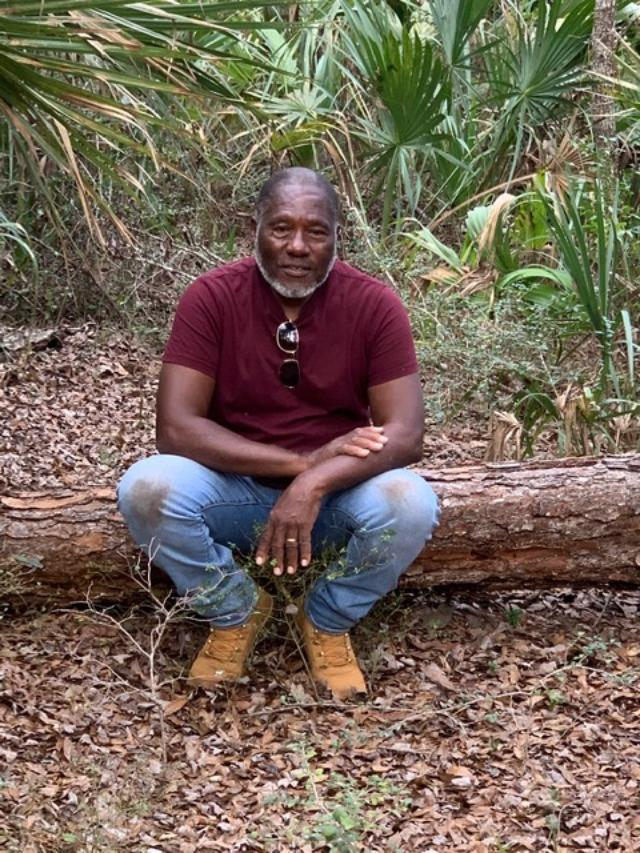 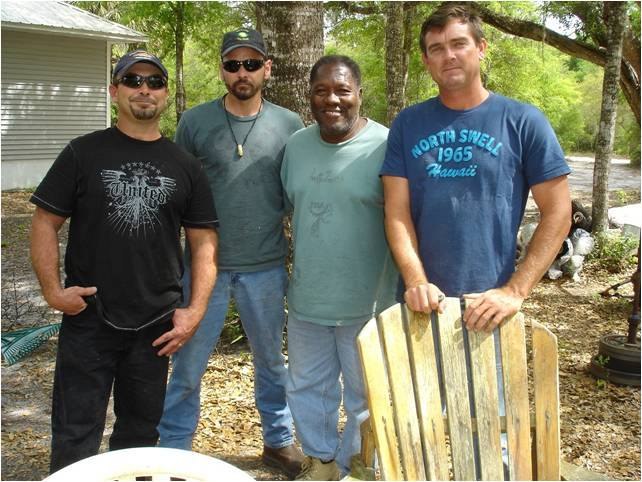