The Brutality of Florida’s Turpentine Industry

The turpentine, or naval stores, industry produced a pitch or resin that was most commonly used to caulk holes in wooden boats, and coat ropes and rigging for preservation and protection from salt water. Workers gashed pine trees to harvest sap, which was processed and used mostly to preserve naval rigging and for caulking gaps in timber ships. 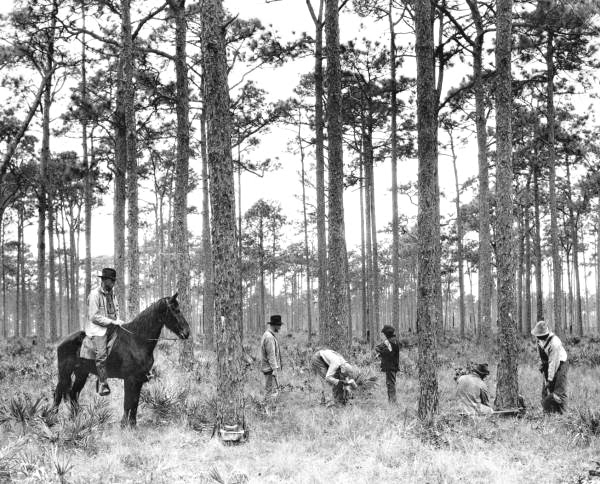 Starting in the coastal mid-Atlantic region in the mid-1800s, turpentine camps would move south as entire forests of pine worked, leaving the trees with little to no sap production. By the late 1800s, turpentine production camps had reached pine stands of northern Florida.

The industry was booming between the late 1800s and 1920s, and camps were established throughout pine forests in North Central Florida. These camps were often staffed with leased convicts (a system formally known as penal servitude and peonage) in addition to paid laborers, but only the laborers received payment, and it was in the form company scrip or coin that could only be used at company stores. Workers often found themselves in debt to the company, and their employment was enforced until this debt was paid.

After the 1920s camps began to close in favor of timber harvesting, and the industry took another hit in 1923 following the death of Martin Talbert, a North Dakota man arrested in Leon County for riding a freight train. After money wired by his family to pay his fine didn’t reach the sheriff’s office within the allotted 24 hours, Talbert was sent to the Putnam Lumber Company in Dixie County. He died from fever two days after receiving 50 lashes with a leather strap.

A little over a year following his death, and via a formal resolution, North Dakota’s legislature demanded that Florida’s legislature investigate his death and the Leon County sheriff’s potential conspiracy to convict men for petty crimes.

Before a joint legislative committee, a report laid bare the brutal practice of forced convict labor. The laborers were mostly African American men, and many were arrested for crimes such as vagrancy or riding trains without paying a fare. It was also revealed that local sheriffs often funneled these men into the forced labor system to work at camps that were frequently owned by powerful, politically-connected men, including the family of then State Senator Thomas Jefferson Knabb. The Knabbs built one of the largest turpentine empires in the country, and owned over 200,000 acres of pine forest in baker County. 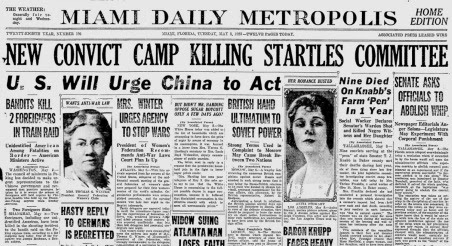 A social worker, teacher, and neighbor of the Knabb camp, Thelma Franklin, testified—with Senator Knabb in attendance—that nine deaths within the last year had falsely been ruled by the local coroner as “natural.” Further, she detailed that the warden of the Knabb camp had shot an African American woman and her daughter a week before the trail. She was set to testify against the Knabbs. Twenty-one laborers died in Knabb’s camp in the year leading up to the investigation. A prison inspector who visited one of the camps described it as “a human slaughter pen.”

Following the hearing, Alachua County cancelled its contracts with the Knabbs, who were forced to return the inmates to the county, and the camp’s captain was indicted for cruel and inhuman treatment of prisoners. Still, Senator Knabb was allowed to continue using convict labor on the grounds that conditions at his camp improve. Efforts to remove him from office likewise failed.

By the end of 1923, the Florida Legislature abolished the beating or whipping of prisoners and the leasing of any convicts to private industry. Knabb was forced to sell his camp a decade later, following a federal investigation.

Today, the Knabb’s influence is still evident around Baker County, particularly at the Knabb Sports Complex which hosts little baseball, and at the turpentine display at Heritage Park, which was built by Kabb’s family to honor his contributions to the county.

The industry disappeared from Florida by 1970, but scars can be seen on old growth pines throughout North Central Florida region. The trees pictured were found at Topsail Hill Preserve State Park, which was home to the Quarters Turpentine Village. 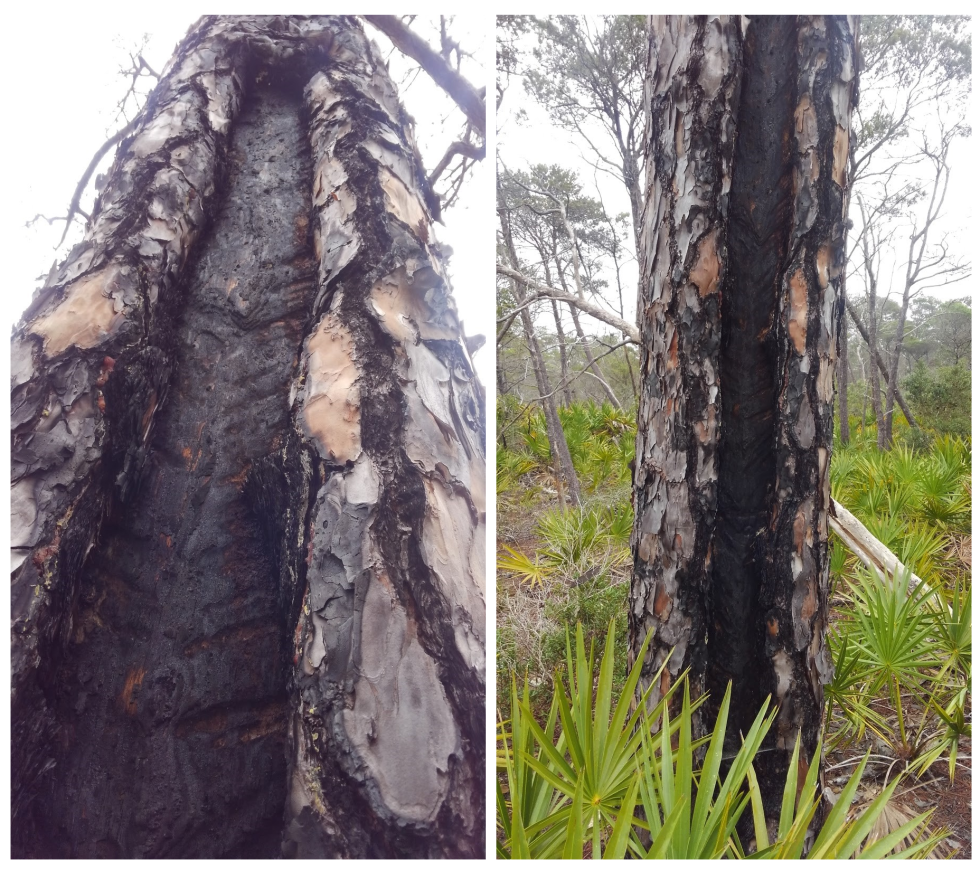