It is nothing short of a great irony of American history that the very people who declared war on the Union and who killed thousands of Union soldiers, in the end got the greatest prize of all, land, while those who fought to save the Union got nothing but a perilous existence as cheap labor on the margins of southern society. The economic fate of blacks for generations in the South was set in stone by this betrayal. Resuming political power, and having never actually lost economic power, southern whites were now unrestrained in re-imposing an economic system that merely re-enslaved blacks. And for almost a century Northerners, caring more about their bank accounts than about the civil rights of former slaves, looked the other way blinded to the brutality and oppression upon which their economic lives depended.

The betrayal of the former slaves was accomplished through a disastrous compromise between Republicans and Democrats following the Civil War. Both Rutherford B. Hayes, the Republican candidate, and Samuel L. Tilden, the Democratic candidate, were moderate reformers and the election was very close. Tilden led in the popular vote, but the count from four states which represented a total of 20 votes in the Electoral College, was disputed. This was the first time the country had faced this problem.

Congress, in January 1877, set up a special electoral commission, with an equal number of Democrats and Republicans, to decide the disputed votes. The tiebreaker member sided with the Republicans and the commission awarded all disputed votes to Hayes, who won the election with 185 electoral votes to Tilden’s 184. The compromise came about as Democrats in the Senate threatened to use a filibuster to prevent the Electoral College from reporting. The Republicans, in negotiating with the Democrats to abandon the filibuster threat, offered the withdrawal of federal troops from the South, appointment of at least one Southerner to Hayes’s cabinet, and economic benefits to industrialize the South.

Unfortunately for former slaves, the withdrawal of troops meant that they were again subject to the oppression, exploitation and physical abuse that had been their lot before the Civil War. The re-industrialization of the South meant that blacks in the South were headed back to the cotton fields. At the turn of the century, decades after the Civil War, few labor unions would accept blacks. Except in manual labor, mostly on farms and in domestic work, blacks were excluded from most meaningful jobs. Blacks were relegated to work roles that required sweat. There were colored jobs and white jobs, depending upon the amount of sweat required to do the work. Blacks were kept away from the real wealth of the state as it boomed at the turn of the century. Black businesses were restricted to the black section of communities while the real economic power was concentrated in white hands.

By 1877, Reconstruction was over, and federal troops had been removed from the South. The North was war-weary and, after more than a decade of Reconstruction, wanted to leave the South to settle its own affairs. President Andrew Johnson naively believed that aristocratic white Southerners would take paternalistic care of the landless ex-slaves so there was no need to continue the presence of federal troops in the South. Johnson’s very close and contentious election had been decided based upon an agreement between Democrats and Republicans that once he became President he would end Reconstruction, which he promptly did. Although Johnson delivered on his promise to end Reconstruction, he was sorely disappointed in the white elite of the South.

Extralegal violence against blacks increased as the federal government abandoned its role in protecting blacks. Some politicians wanted to be rid of African Americans altogether. Governor Napoleon Bonaparte Broward, for whom Broward County is named, suggested shipping blacks back to Africa.i Broward proposed to the U.S. Congress that blacks be expelled to a foreign territory which would be purchased by the United States. Citing the state of racial conflict in Florida, the Governor stated, “The negroes today have less friendship for the white people, than they have ever had since the civil war, and the white people have less tolerance and sympathy for the negro.”ii He argued that to protect the white man from his own temper, black Floridians should be removed from the state.

As soon as white Democrats retook control of their states they tried in many ways to continue to exploit blacks economically. “One plan was to place a price upon labor without the consent of the laborer, and another was to authorize the employer to use the whip and other devices of the slave owner. Many planters discussed a scheme to enter into an agreement to employ only their own ex-slaves thereby forcing the freedmen to remain on their old plantations and work on terms prescribed by their former masters. Implementation of such designs was prevented by the Freedmen’s Bureau, although the Bureau did frequently cooperate with the planters in forcing the freedmen to work at low wages.”iii

Once the Freedmen’s Bureau left the South the tables turned on the few black landowners. In some instances, blacks were allowed to buy land and then were forced off it through intimidation. An especially galling case occurred in Clay County involving the family of Samuel Tutson, a former slave. He purchased and occupied three acres from a white farmer who later challenged his claim to the property. When the Tutsons refused to leave, the Ku Klux Klan paid a visit and flogged Samuel, raped his wife, crippled their infant son and tore down their house. Six of the attackers were arrested including a Clay County deputy sheriff. They were all acquitted. After losing their property in court, the Tutsons were convicted of perjury for swearing falsely against their attackers.iv 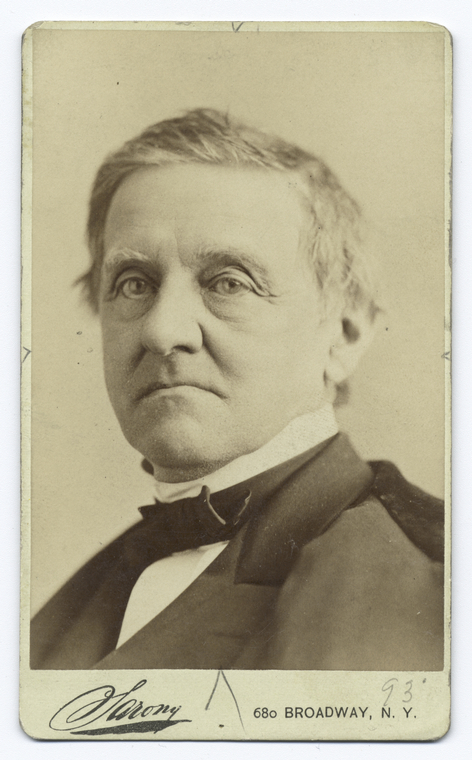