The Florida School for Boys, also known as the Arthur G. Dozier School for Boys, was a reform school operated by the state of Florida in Marianna, Florida from January 1, 1900, to June 30, 2011. For a time, it was the largest juvenile reform institution in the United States. A second campus was opened in the town of Okeechobee in 1955. Throughout its 111-year history, the school gained a reputation for abuse, beatings, rapes, torture, and even murder of students by staff. Despite periodic investigations, changes of leadership, and promises to improve, the allegations of cruelty and abuse continued. Many of the allegations were confirmed by separate investigations by the Florida Department of Law Enforcement in 2010 and the Civil Rights Division of the United States Department of Justice in 2011. State authorities closed the school permanently in June 2011. At the time of its closure it was a part of the Florida Department of Juvenile Justice. 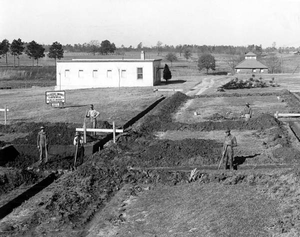 In 1929, an 11-room concrete block detention building containing two cells (one for white, and one for black students) was constructed to house incorrigible or violent students. It was eventually nicknamed “The White House”. After corporal punishment at the school was abolished in 1968, the building was used for storage. In 2008, in response to the allegations of beatings and torture that took place there, state officials sealed the building in a public ceremony, leaving a memorial plaque, and it has remained empty since that time.
At the time of the Justice Department investigation in 2010-2011, shortly before the closure, Dozier was a fenced, 159-acre “high-risk” residential facility for 104 boys aged 13 to 21 who had been committed there by a court; their average length of stay at Dozier was nine to twelve months. They lived in several cottages, with each boy having an unlocked room. Next door was the Jackson Juvenile Offender Center, a “maximum-risk” facility for chronic offenders guilty of felonies or violent crimes, which housed residents in single, locked cells like a prison.[

According to the 2010 abuse investigation by the Florida Department of Law Enforcement, the school was first organized under an 1897 act of the legislature and began operations on the Marianna campus on January 1, 1900, as the Florida State Reform School, under the control of five commissioners appointed by the governor, who were to operate the school and make biennial reports to the legislature.
In 1914, the name was changed to the Florida Industrial School for Boys and in 1957 to the Florida School for Boys. In 1955, the Okeechobee campus opened. In 1967, the name of the Marianna campus was changed to the Arthur G. Dozier School for Boys in honor of a former superintendent of the school. In 1903, an inspection reported that children at the school were commonly kept in leg irons. A fire in a dormitory at the school in 1914 killed six inmates and two staff members.
A 13-year-old boy sent to the school in 1934 for “trespassing” died 38 days after arriving there.

In 1982, an inspection revealed that boys at the school were “hogtied” and kept in isolation for weeks at a time”, and the ACLU filed a lawsuit over this and similar mistreatment. By this time, the school was housing 105 boys aged thirteen to twenty-one. Lawsuits concerning the school led to federal control of Florida’s juvenile justice system from 1987 onward.

In 1985, it emerged that young ex-inmates of the school, sentenced to jail terms for crimes committed while there, had subsequently been the victims of torture at the Jackson County jail. The method of torture was for the prison guards to handcuff the teenagers and then hang them from the bars of their cells, sometimes for over an hour. The guards stated that their superiors approved the practice and that it was routine.
In 1994, the school was placed under the management of the newly created Florida Department of Juvenile Justice, which operated the school until its closure in 2011. By this time, the school had facilities to house 135 inmates, and many of the boys sent there had been convicted of rape or of committing “lewd acts on other children”.

In April 2007, the acting superintendent of the school and one other employee were fired following allegations of abuse of inmates. In late 2009, the school failed its annual inspection. Amongst other problems, the inspection found that the school failed to deal properly with the large numbers of complaints from the boys held there, including allegations of continued mistreatment by the guards.
In July 2010, the state announced its plan to merge Dozier with JJOC, creating a single new facility, the North Florida Youth Development Center, with an open campus and a closed campus. However, the following year, claiming “budgetary limitations,” the state decided to close both facilities on June 30, 2011; remaining students were sent to other juvenile justice facilities around the state.[4]

Following revelations from former inmates who had been incarcerated at the school in the 1950s and 1960s, who described themselves as “The White House Boys,” the school was the subject of an extensive special report, For Their Own Good, published by the St Petersburg Times in 2009. Allegations focusing on the 1960s included claims that one room was used for whipping white boys and another for black boys. The whippings were carried out with a 3-foot-long belt made of leather and metal and were thorough enough that the recipients’ underwear became embedded in their skin. One inmate said that the punishments were severe but justified; another claimed that he had seen a boy trapped in a running laundry dryer at the school and suspected the boy was killed.
One former inmate claimed that he was punished in the white house eleven times, receiving a total of over 250 lashes. Others alleged that they were whipped until they lost consciousness and that the punishments were made harsher for boys that cried. Some former inmates also claimed that there was a “rape room” at the school where they were sexually abused. The complainants said that some of the victims were as young as nine years old.
In February 2010, a class-action suit brought against the state by the White House Boys was dismissed by a judge in Leon County. Florida, because the Statute of Limitations for such a suit had run out. A bill introduced in the 2012 session of the Florida Legislature to provide compensation to victims of abuse at the school failed to pass.
Erin Kimmerle is a forensic anthropologist from the University of South Florida and an associate professor who is leading a USF team of anthropologists, biologists, and archaeologists exploring the Marianna campus. The stories of the White House Boys piqued her interest. She was especially curious why there are no records of where those who died there are buried. Kimmerle commented, “When you look at the state hospital, the state prisons, the other state institutions at the time, there are very meticulous plot maps you can reference. Or if you are a family member today, you can say, ‘Where is my great-aunt buried?’ and they can show you exactly where. So, why that didn’t happen here, I don’t know. But that does stand out.”
The team used ground-penetrating radar and excavations to identify where bodies are buried. However, in order to determine if the cause of death was from injury, illness, or murder the bodies must be exhumed, which can be done only if a family member requests it. By December 2012, the researchers indicated that there are at least 50 graves on the grounds and that a second cemetery is likely to exist.
Glen Varnadoe’s uncle Thomas was sent to the Florida School for Boys in the 1930s and died there a month later. Varnadoe wants to exhume his uncle for burial at the family’s cemetery near Lakeland. During a visit to Dozier School in the 1990s, a staff member showed him where his uncle might be buried. That location was not the same as the area where the most recent graves were found, and the state limited the USF team to searching the existing cemetery grounds. When the state announced plans to sell much of the Dozier property, Varnadoe filed suit and a judge issued a temporary injunction blocking the sale until Thomas Varnadoe’s body was exhumed. State officials subsequently granted the university team permission to search all areas of the former facility for possible burial sites and requested federal funds to pay for a forensic examination of all graves on the grounds.
On August 6, 2013, Governor Rick Scott and the Florida cabinet issued a permit allowing University of South Florida anthropologists and archaeologists to excavate and examine the remains of any and all boys buried at the Dozier site. Exhumations began on August 31.
Robert Straley, a spokesman for the White House Boys, said the school segregated white and black inmates and that the remains are located where black inmates were held. He suspects there is another white cemetery that hasn’t been discovered. “I think that there are at least 100 more bodies up there”, he said. “At some point they are going to find more bodies, I’m dead certain of that. There has to be a white graveyard on the white side.”
Bones, teeth and artifacts from grave sites were sent to the University of North Texas Health Science Center for DNA testing. In January 2014, the University of South Florida announced that excavations have yielded remains of 55 bodies, almost twice the number official records say are there.
By September 26, 2014, the remains of three boys, George Owen Smith (reported missing since 1940), Thomas Varnadoe (reportedly died of pneumonia in 1934) and Earl Wilson (died in 1944), had been identified. 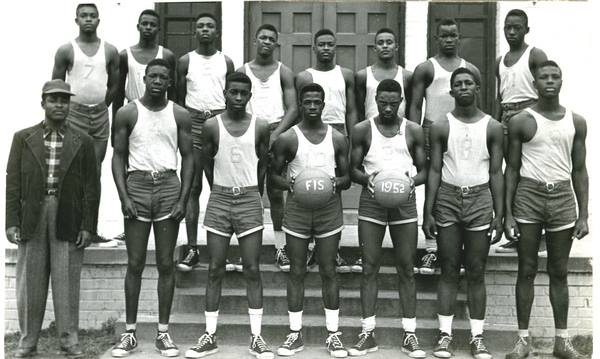 The boys basketball team at the Dozier School 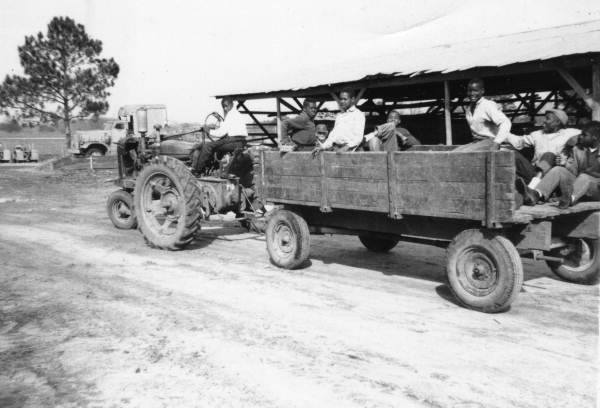 The Dozier School required the boys to work mostly in agriculture and farmimg. 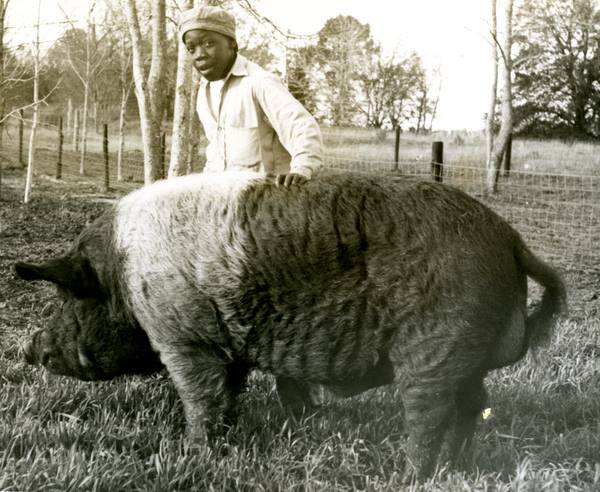 Tending hogs at the Dozier School 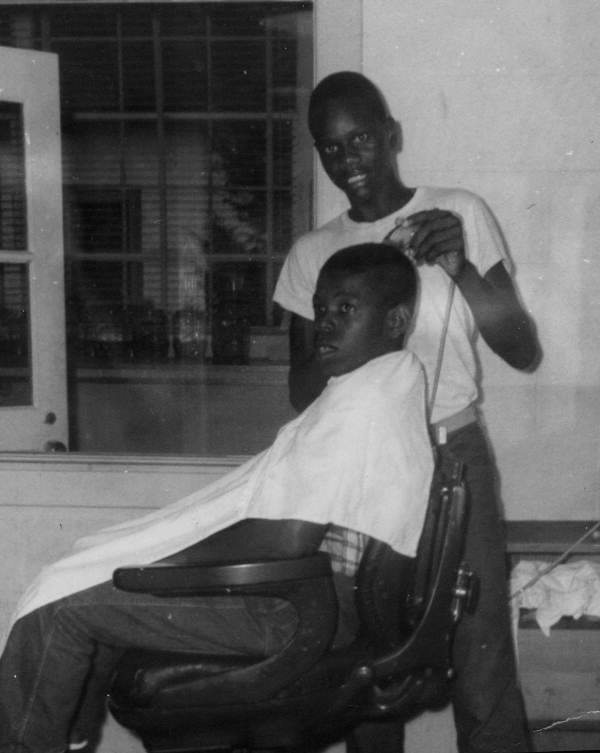 Boy getting a haircut at the Dozier School 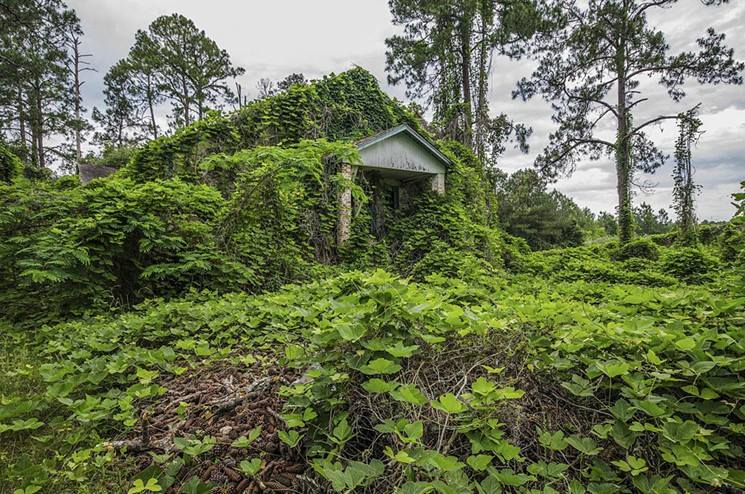 An overgrown strucure at the Dozier School after it was closed. 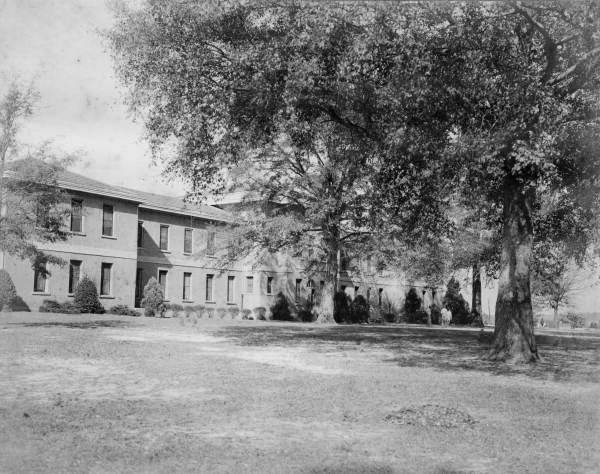 One of the buildings at the Dozier School during its heyday. 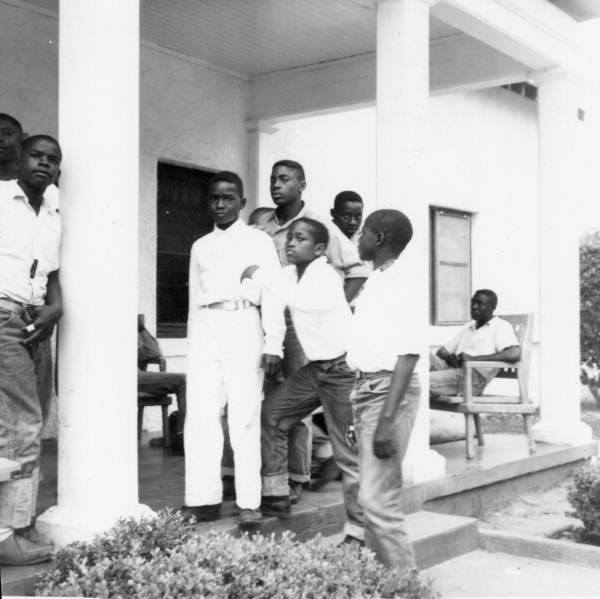 The Dozier School segregated the boys into white and black dorms. 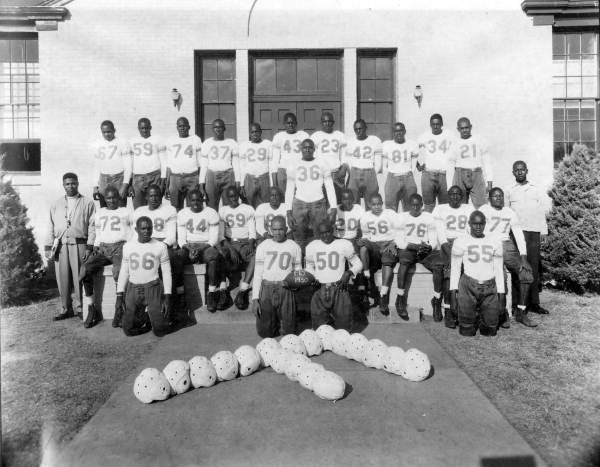 The Football team for black boys at the Dozier School. 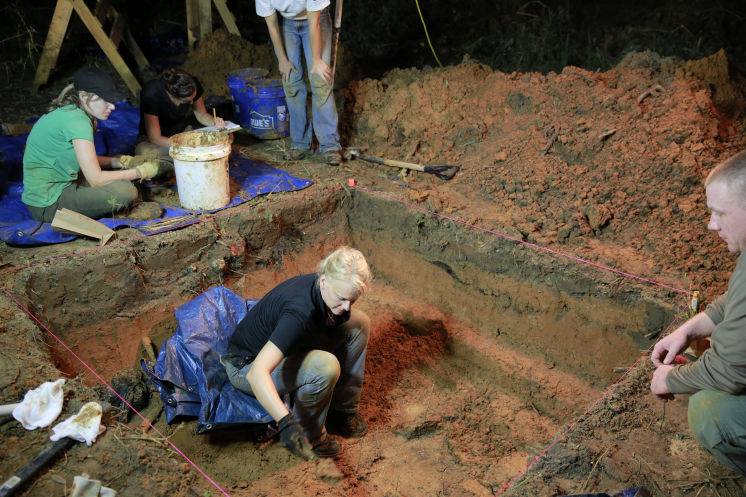 Archeologists working on graves discovered at the Dozier School