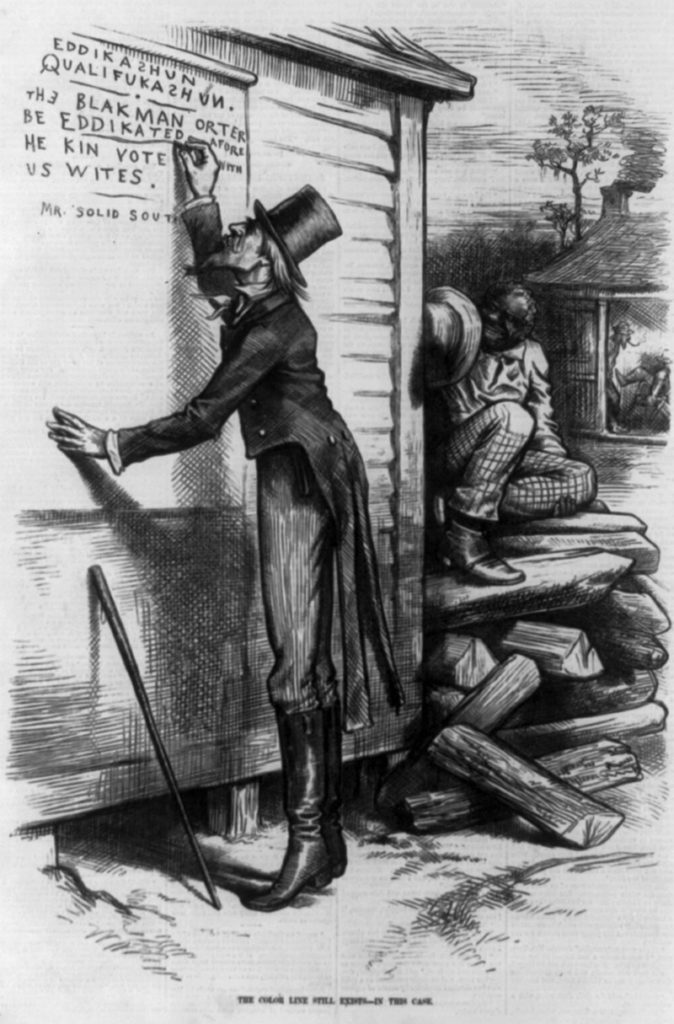 Anti-black violence in Florida was rampant even before the cannons cooled at Appomattox. Beyond all other reasons for racially motivated violence in Florida in the two decades following the Civil War, in terms of the sheer number of blacks murdered, it was the effort by whites to suppress or outright eliminate the black vote that exceeded all other pretexts for killing blacks. And of all the places in Florida in which such violence occurred, nowhere did it exceed that which was dealt to the black citizens of Jackson County and the whites who supported them.

Jackson County was created by the Florida Territorial Council in 1822 out of a part of Escambia County, making it the third county to be established in Florida. Named for Andrew Jackson, the county originally extended from the Choctawhatchee River on the west to the Suwannee River on the east, but its boundaries were reduced to make additional counties by 1840. Marianna was established as the Jackson County seat in September of 1827.

Located just south of the Georgia border, Jackson County became a part of the rich north Florida agricultural belt that required thousands of slaves. After the defeat of the South in the Civil War, there were many angry whites in Jackson County, some of whom were reported to be inclined to use violence to quell black political aspirations. Whippings and murders of blacks had occurred before the war, but southern white opposition to Reconstruction policies became an actual “rebellion against the constitutional authority of the State.”i

This account of events in the conflict is based upon Joe M. Richardson’s study of the Jackson County War as reported in his book, The Negro in the Reconstruction of Florida. According to Richardson, an expert on this period in Florida, disorder was widespread throughout the state, but was most virulent in Jackson County. A former Regulator (white vigilante) estimated the number of murders in Jackson County during Reconstruction at 175. Other conservative estimates placed it at about 150. Although some of the victims were not politically active, the whites of the county managed to “exterminate” sixty Republican leaders, black and white, in two years.

The white aggressors claimed the war in Jackson County was caused by two Republicans, William J. Purman and Charles M. Hamilton, who were accused of inciting the freedmen. The charges were true if the definition of inciting was encouraging the blacks to assume the rights and obligations of citizens. Full citizenship for the blacks was exactly what white residents of Jackson County did not want. Evidence points to the real motives for violence in the county as politically inspired “and the fact the blacks were acting too much like free men.”ii There was also evidence that Republicans were using their carpetbagger powers to take land away from whites.

The Jackson County War started with an insult. In early 1869 Colonel James Coker, a conservative white man and a leading figure in Marianna, went to the office of John Q. Dickinson, a white Republican, and spit in his face, knocked off his hat, and called him a “god damned nigger-loving son of a bitch.” iii The difficulty escalated a few weeks later when one of the two white men in Jackson County that conservatives hated most, Republican Dr. John L. Finlayson, the circuit county clerk, was murdered and the other white Republican, William J. Purman, was wounded. The culprits were probably Regulators. Purman was the primary objective because he was a leader of the freedmen. Finlayson was a local man but was unpopular because he favored Republican Reconstruction. The political assassination of Finlayson and the attack on Purman raised political tensions in the county.iv

By the late 1880s, as a result of Reconstruction politics, Calvin Rogers, a black man, was the Constable of Marianna. He was born around 1832 in Florida, although the exact location is unknown. He was disliked by many whites, not simply because he symbolized the new political order, but because he merely carried out his duties. His ascent to office had taken place during a period of anarchy and murder unmatched in the history of the state.v Trouble escalated on September 28, 1869, when Constable Rogers and a group of blacks were ambushed as they were traveling to a picnic at Robinson’s Spring. “Unseen gunmen opened fire on the party from a dense thicket along the roadside. A freedman named Wyatt Scurlock and a small boy were killed. A posse of thirty armed blacks set out to find the killers but were unable to find any trace of them. The next day, two other blacks were shot and wounded just outside Marianna by ‘unknown parties.'”vi

The third violent incident in as many days took place on October 1. Apparently, the other side struck back. James F. McClellan was a powerful white man and a leader of the local Regulators. It was common knowledge that he did not like Rogers. On that day, McClellan was sitting on the porch of a boarding house talking to James Coker, the Regulators mentioned earlier who had spat on Dickinson, the white Republican, months earlier. McClellan’s daughter, Maggie, was sitting between the two men.

Suddenly, shots rang out. Maggie was killed instantly, and her father was seriously wounded by gunshots that came out of the darkness. “The whites believed that Calvin Rogers was responsible for the shooting and feared the beginning of a race war. Marianna was thrown ‘into a frenzy’ and several men were dispatched to warn those outside of town that whites were not safe in the ‘countryside.’ Several young Regulators, apparently drunk, went in search of Calvin Rogers whom they blamed for the murder. The elder and ‘better’ white men ‘kept mostly out of sight.’”vii

Dickinson, the white Republican who had been spit upon, attempted to keep a record of the outrages which, according to his reports, now occurred almost every day. The report noted, “On October 2, Calvin Rogers was chased and wounded, and an attack made on the home of another Negro, wounding one person. The next day was Sunday, and apparently it was decided not to kill anyone on the Sabbath. On October 4, a Negro family was fired upon and escaped, but another Negro was less fortunate. A freedman was wounded October 5. Richard Pooser was forced to leave town and fired at on the sixth. On October 7, William Coker, E.S. Alderman, and Jack Myrick took a Negro, Matt Nickles, his wife and child from their home, killed them and threw the bodies in a lime sink [sinkhole]. In a letter dated October 11, Dickinson listed the casualties as seven freedmen killed and two wounded, but added a postscript. Another man, Samuel Fleishman, had just been found dead. Fleishman was murdered because he had reputedly sold arms to blacks and because he was believed to have favored Reconstruction. By February 1871, Dickinson knew of about seventy-five people who had been killed in Jackson County. Nine-tenths were blacks. Several others were driven from the county, and Dickinson himself was later killed.”viii

Sheriff John W. King, a white man, attempting to maintain order, arrested William Coker and six other young white men for assault and battery with intent to kill. But when a mob decided to kill Sheriff King, he prudently left town. “Meanwhile Constable Rogers, ‘with considerably more courage than judgment,’ appeared in Marianna two days after Maggie McClellan’s death and tried to hold an inquest into her death. However, ‘marauding young Regulators’ refused to allow the inquest to be held. Rogers, likely protected by a band of armed blacks, left town a few days later, leaving Marianna and Jackson County with no law enforcement officer who was not ‘in hiding.'”ix After being informed of the situation, Governor Harrison Reed refused to send in help because there were too few federal soldiers available to him and he had no state forces except the militia which consisted of blacks. He thought sending them into Marianna would likely have resulted in outright race war. The state did nothing.

“On Jan. 26, 1870, Constable Rogers was murdered, probably by Regulators, though the details of the murder are unknown. One account said that he was ‘arrested’ by a (white) posse and was killed when he attempted to break arrest.” x The Regulator named Jack Myrick left the county shortly after Roger’s murder and settled in Texas. The Jackson County Minutes of the court for 1870 indicate that a “John L. Myrick” was charged with assault with intent to kill on March 8, 1870, and with resisting arrest on June 6, 1870. The charges were continued several times until August 12, 1871, when the Minute Book indicated “further capias—continued.”xi It is believed that Constable Calvin Rogers was the first black law enforcement officer killed in the history of the state. In 1997 at the request of Jackson County Sheriff John P. McDaniel, Rogers’s name was added to the National Law Enforcement Memorial in Washington, D.C.xii

The whites of Jackson County eventually prevailed. Some of the freedmen avoided death by giving up their rights. One former slave, Larry White, testified in 1871 that he was not being harassed because he had promised to quit voting. He said the whites seemed to excuse him after his promise saying, “Old Larry is a good nigger, they should all do like him.” He reported that he had seen so many outrages against freedmen he decided to take the easy way and stop voting. Emanuel Fortune, a black politician who left Jackson County after his life had been threatened, believed the main purpose of the Klan was to weed out Republican leaders.xiii “By 1871, after Republican leaders had been either killed or driven away, and the freedmen were ‘properly’ subservient, violence declined in Jackson County, but not before at least 150 people had been murdered. Since the Jackson County War, a white woman wrote years later, ‘we have had no serious trouble’ with the Negroes.”xiv

Although it declined after 1871, politically-inspired violence against blacks and Republicans continued until the Democrats regained control of the state. Even so, two blacks were lynched in 1882 as a direct attempt to intimidate post-Reconstruction era blacks, and in August of that year two African Americans who were active in the Republican Party, Charles Savage and Howard James Madison, were lynched. Joe Richardson concluded, “Violence declined in large part because in many counties white Republicans were either killed or driven away, and the Negroes were sufficiently cowed to offer little resistance to the Democrats. The period 1868 to 1871 witnessed a reign of lawlessness which the State government could not put down. All the outrages were not committed by the Klan, but such an extralegal organization, one supported by respectable white people, provided a cover for the brutal, the sadistic, and those who murdered and whipped without provocation. The period of lawlessness, night riders, ghostly figures, brutal murders, lynchings, whippings, terrorism, and execution of men, women, and children was the most disgraceful phase of Reconstruction.”xv 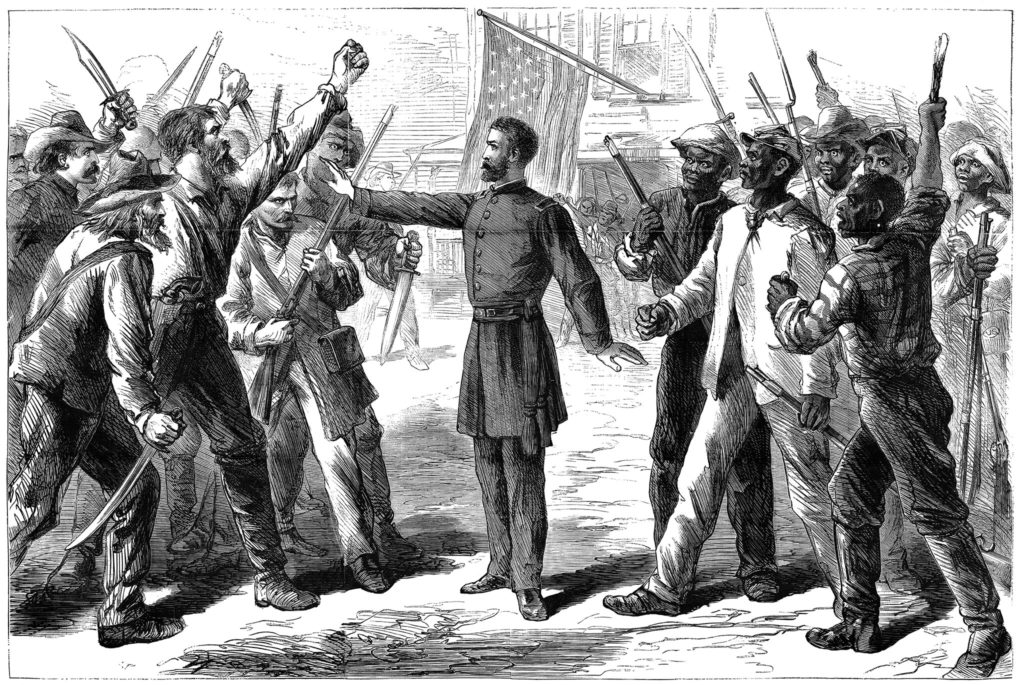 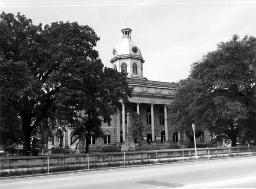 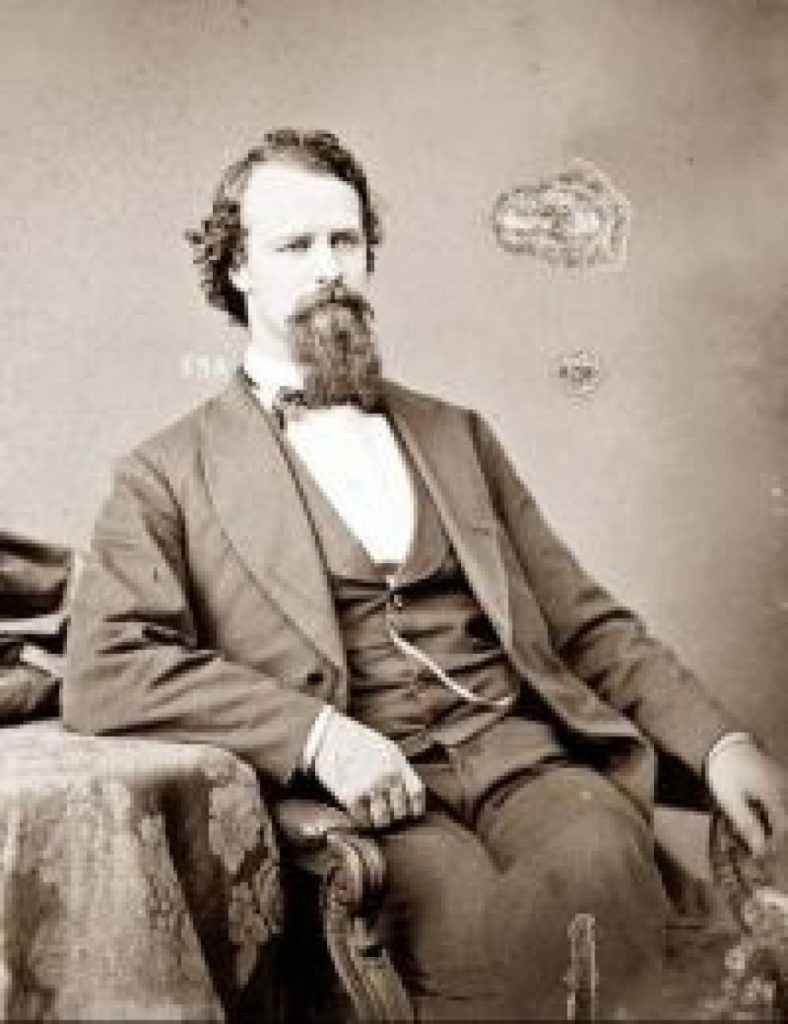 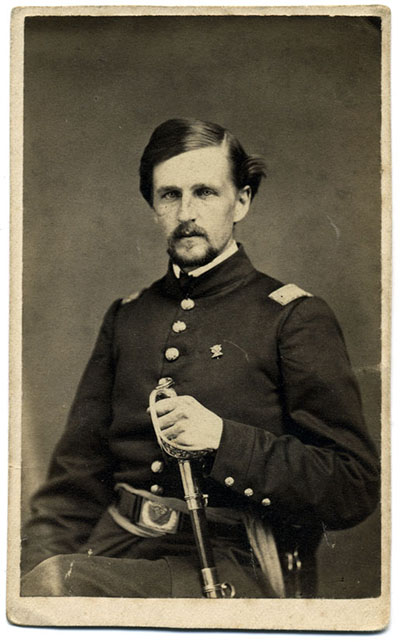 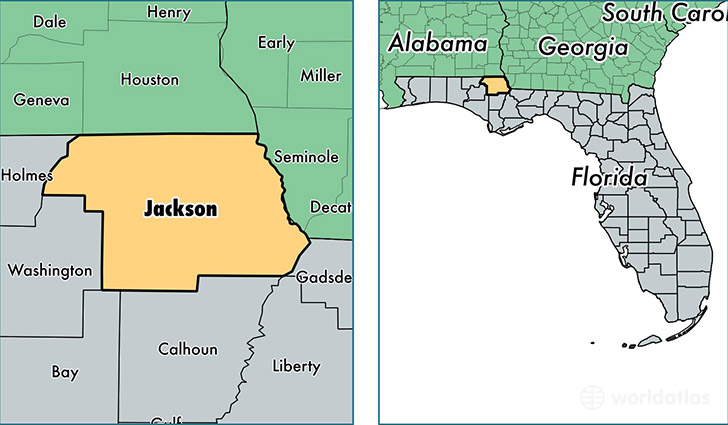 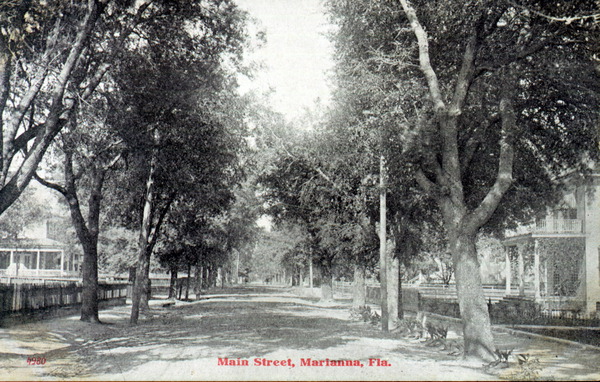 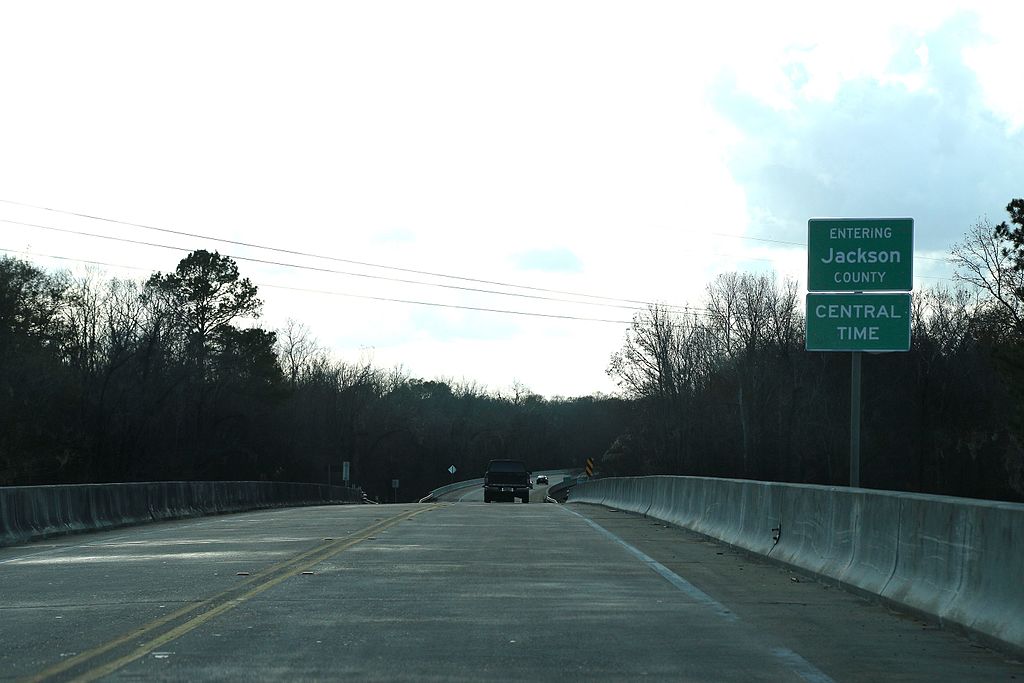