Recognized as a priest, a civil rights demonstrator, and a politician, Theodore Gibson devoted over half of his life to the parish of Christ Episcopal Church in Coconut Grove (Miami), where he served as rector from 1945 until his death in 1982. As a community activist, he is remembered for his commitment to improving the human welfare of Coconut Grove’s African American population. 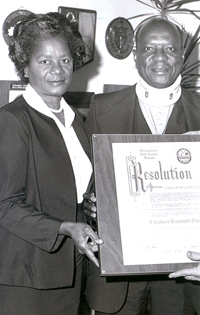 Born in Miami, Florida in 1915, Theodore Gibson received his bachelor’s degree from St. Augustine’s College in 1938 and his honorary law degree from the same institution in 1964. After graduating from Bishop Payne Divinity School with his Bachelor of Divinity in 1943, he was ordained a deacon that same year and a priest the following year. Before beginning his ministry in Miami, Gibson served as Minister-in-Charge at four parishes in the Diocese of East Carolina and as Priest-in-Charge at St. Cyprian in Hampton, Virginia from 1943 to 1945. While ministering as rector in Coconut Grove, he also served as vicar of St. Cyprian’s Mission in Orlando. He was made an Honorary Canon of what was then the Diocese of Southern Florida (now Southeastern Florida) centered in Orlando.
In 1945 Gibson returned to his native Miami to begin his long-standing commitment as rector to the parishioners of Christ Episcopal Church in Coconut Grove, Miami’s oldest neighborhood and the first black settlement on the South Florida mainland. While in Miami, Gibson exercised his voice and energy as an active proponent of civil rights. During the late 1950s and early 1960s, he filed lawsuits that desegrated the downtown lunch counter, the county beach at Cradon Park, and Dade County public schools.
Theodore Gibson served as president of the Miami chapter of the NAACP from 1954 to 1964. While in that capacity, Gibson was arrested, fined, and sentenced to six months in jail for refusing in 1959 to reveal the names of members of the local NAACP chapter to a Florida state legislative committee (the “Johns Committee” to investigate subversive activity and communist links to American political organizations). In response, the Miami Times published a series of persuasive editorials, which helped fuel church rallies in support of Gibson and fellow African American leader, the Rev. Edward T. Graham. All accusations were cleared in 1963 by the U.S. Supreme Court, effectively putting an end to the McCarthy-inspired search for communist subversives within the Miami chapter of the civil rights organization.
Gibson moved to Miami in1945 to take up work in what was largely a poor community. He immediately recognized the advantage and opportunity of making an ally in the white community to address and improve the many issues facing the African American population living in Coconut Grove. Between 1946 and 1947, He and Elizabeth Virrick (a locally prominent philanthropist) formed the Coconut Grove Citizens Committee for Slum Clearance. Together they were responsible for the transformation of this community, which included the passage of ordinances requiring running water, flushing toilets, septic tanks, as well as sources from which to procure the funds to comply with the regulations. The Committee was also responsible for the creation of many community organizations including a health clinic and day-care center and improved law enforcement by African American policemen. Gibson was appointed a Miami City Commissioner in 1972 and served the community in that capacity until 1981. He was the third African American to serve on the Miami City Commission.
Gibson’s influence extended beyond Coconut Grove. Due to his encouragement, members from African American congregations in Dade and Broward counties in Florida formed the Theodore Gibson Chapter of the Union of Black Episcopalians. Miami Dade College and Miami Dade County Public Schools ventured together to establish the Theodore Gibson Oratorical, Declamation and Advocacy Project. The project is dedicated to providing pre-kindergarten to high school students with the opportunity to develop and improve their public speaking skills through education and competition while exposing them to the wide range of writings about the African American experience. A remark Gibson once made has been adopted as the Project’s theme: “Help the Children to Communicate…That is the Key.” Known as an orator and a visionary who opposed the racist images held by dominant society, he strived to present a black image that challenged stereotypes.
Theodore Gibson was memorialized in his own lifetime as he is by those who have benefitted from his legacy. His name has been given to the parish hall of Christ Church, the local UBE Chapter, to the Miami Dade Community College Gibson Health Center. Gibson Park (at NW 3rd and 12-14 streets) was named in his honor by the city in 1980. In addition to his St. Augustine’s degree, he received an honorary doctor of divinity from Virginia Theological Seminary in 1971. Fr. Gibson married Thelma Vernell Anderson, a former nurse, on April 2, 1967 after the death of his first wife in 1962.Mrs. Gibson continues to work on many of the same civic projects that interest Theodore when they were together.
In 1997 Carita Swanson Vonk chronicled the life of the Miami civil rights leader in the book Theodore R. Gibson: Priest, prophet and politician: positive, practical, pragmatic. Mrs. Gibson’s life is chronicled in her autobiography entitled, Forbearance, Thelma Vernell Anderson Gibson, The Life Story of A Cocoanut Grove Native. [Sources] 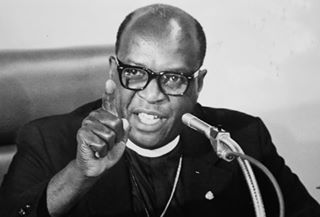 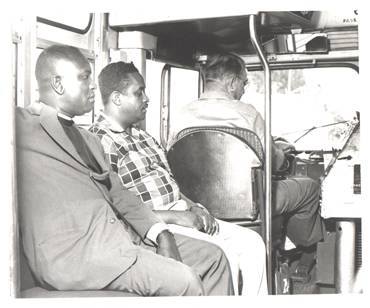 Father Gibson and civil rights attorney G. E. Graves challenge the requirement that blacks sit in the rear of busses. 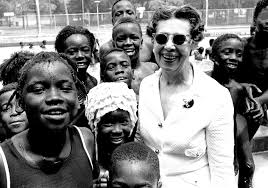 Elizabeth Verrick, a white woman from Coconut Grove, teamed with Gibson to improve housing for the black community.

The Johns Committee of the Florida Senate tried to force Gibson to submit a list of the members of the Miami NAACP. 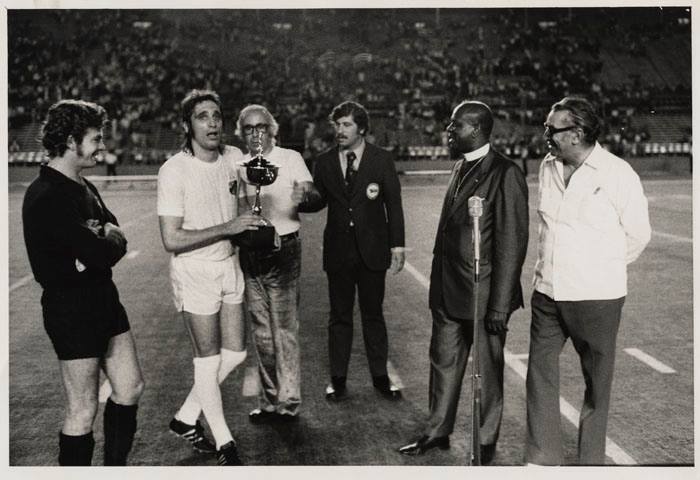 Gibson at a ceremony in the Orange Bowl. He was the second African American to serve on the Miami City Commission. 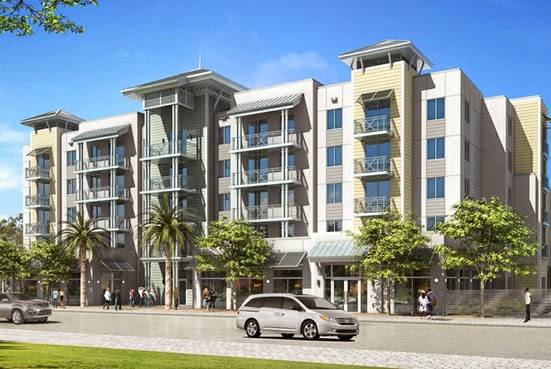 Gibson Plaza in Coconut Grove is named for Father Gibson.